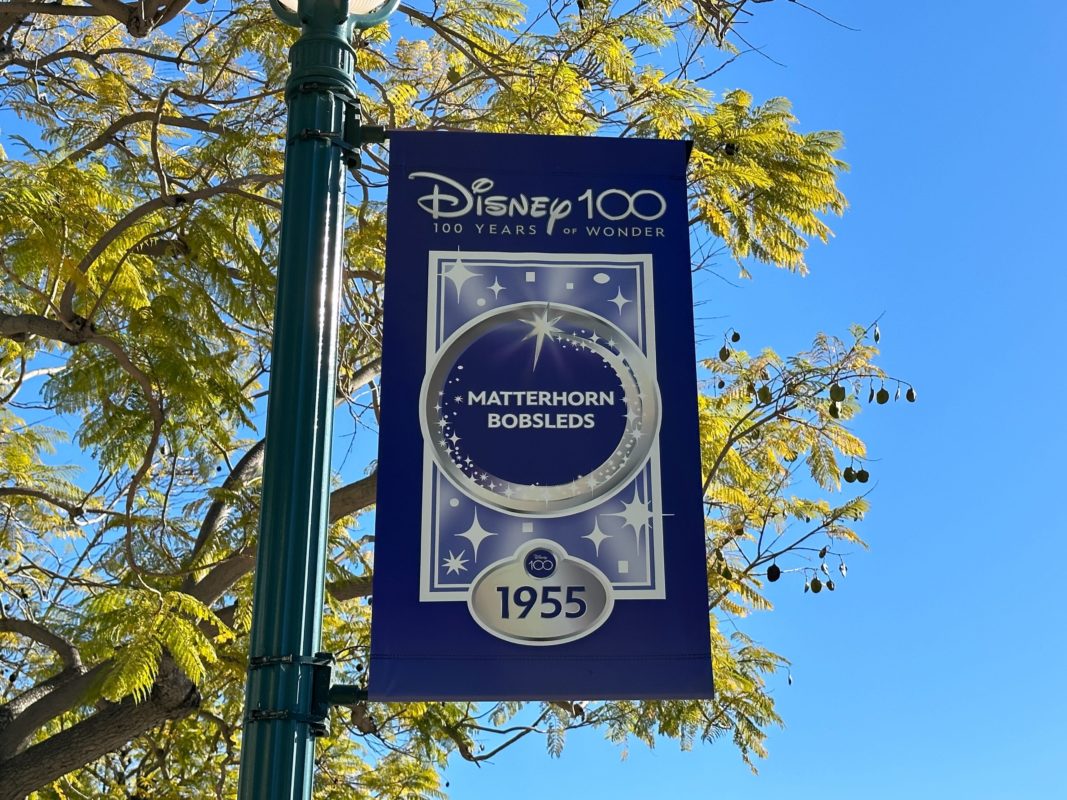 The Disney100 banner for Matterhorn Bobsleds was removed from the Disneyland Resort tram route after we and other fans noted that it had the incorrect opening year for the coaster.

Above is our photo of the banner from yesterday.

Several other banners also had mistakes that we cataloged, including wrong years and incorrect names, but they all remain hanging. The Matterhorn Bobsleds banner certainly had the most egregious error.