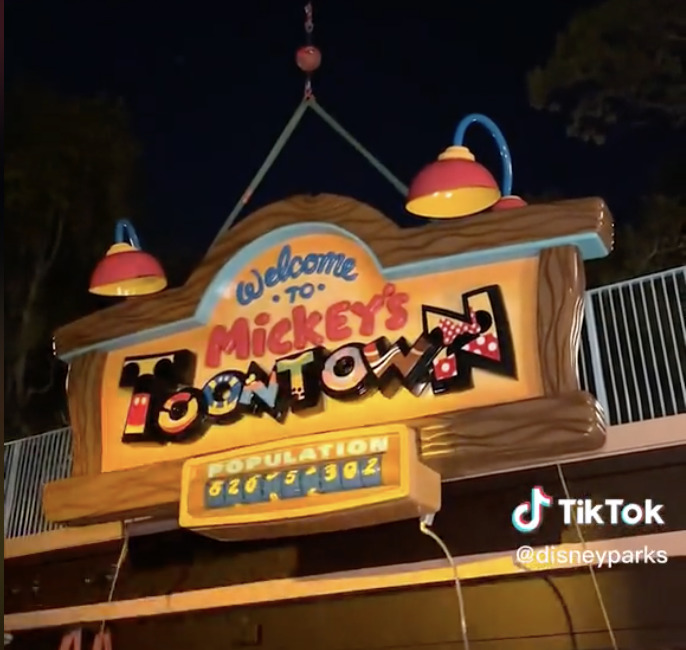 The updated sign is thankfully not very different from the original, even still matching in color scheme for the most part. The major changes come in the form of character icons for Mickey, (what appears to be) Clarabelle Cow, Donald Duck, Goofy, Pluto, Daisy, Chip & Dale, and Minnie Mouse painted into the Toontown letters. The rotating population numbers also received a new color scheme.

Of course, Mickey and Minnie’s Runaway Railway will open ahead of the rest of the land on January 27, but the remainder of the reimagined Toontown will open on March 8, 2023.

Check out our full tour of Mickey’s Toontown from just before its closure.

DreamWorks Characters (From The Most to Least Popular) Take Over KidZone Construction Walls at Universal Studios Florida, Hinting at New Land

Send a Message from Somewhere Beyond with The Haunted Mansion Stationery Set, NEW at Walt Disney World