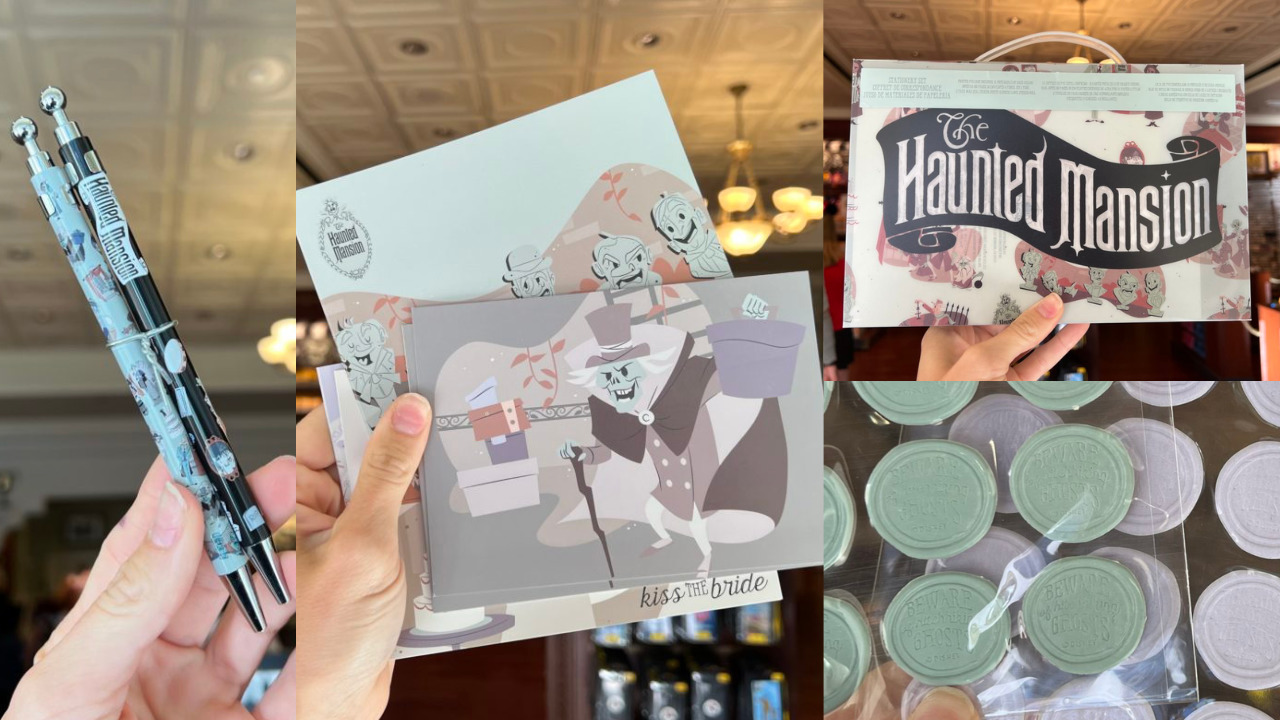 Send a message from regions beyond with the Haunted Mansion stationery set, now available at Walt Disney World!

The kit includes twelve postcards with four designs in the set, a 50-page notepad, 50 envelopes, a set of four pencils, two pens, two sheets of faux wax seals, and an address label sticker roll. That is quite a bit for $24.99.

The case features artwork that’s been on a number of merchandise releases from The Haunted Mansion in recent months.

The case features such Gracey Manor residents like the singing busts, the Hatbox Ghost, and the Hitchhiking Ghosts.

The seals say “beware of hitchhiking ghosts” in pastel green and purple.

Appropriately, the set of four pencils star the characters from the four stretching portraits.

The pens are light blue and black, and feature the same art that’s on the case.

The envelopes also have the same art, though they focus on one piece per artwork.

The postcards show the Hatbox Ghost, the Hitchhiking Ghosts, the singing busts, and The Bride.

Some envelopes are a plain gray, and feature the attraction logo on the bottom left corner…

…though sometimes, a ghost can follow you home. We found this in the Emporium in the Magic Kingdom.