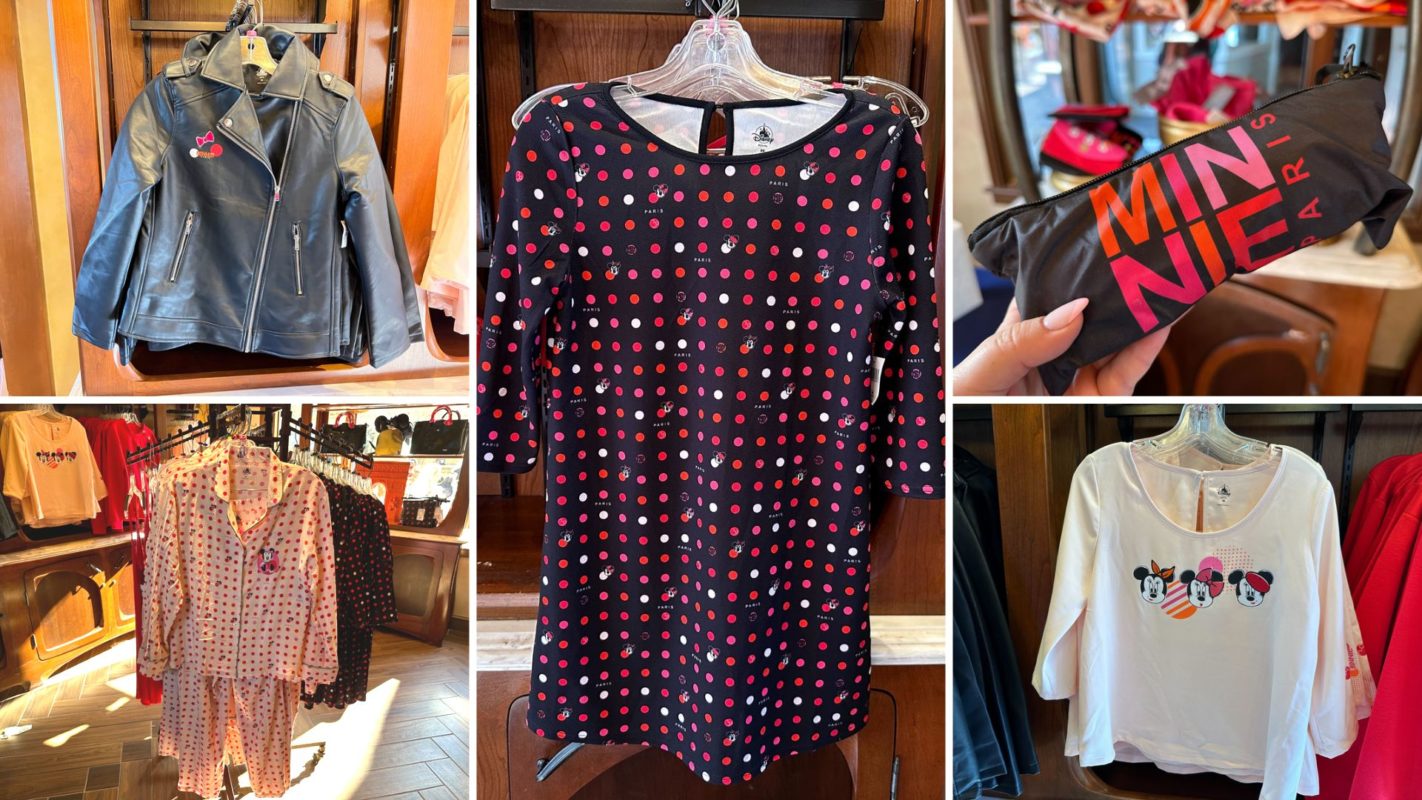 The jacket is black and zips up to an asymmetrical collar. It has two zip-up pockets.

“Minnie Paris” is on the right breast with two polka-dots and a bow.

Minnie is pictured on the back in a red dress and jacket, with a pink bow.

The Eiffel Tower is made out of white dots behind her. The Disneyland Paris 30th anniversary logo is on an orange polka-dot and “Paris” is in pink below her.

The umbrella comes in a pouch reading “Minnie Paris” in pink, red, and orange lettering.

The pouch is otherwise black.

The dress is black with red, pink, orange, and white polka-dots all over.

Minnie’s face and “Paris” are also among the dots.

Some of the dots read “Minnie” and others feature the 30th anniversary logo.

It has a keyhole back with a small button.

The blouse is white with three-quarter sleeves.

Three Minnie faces are on the front. Each Minnie is wearing a different accessory: an orange scarf, a pink bow, and a red beret. Behind Minnie are polka-dots, including one made of stripes and one made of smaller dots.

“Minnie Paris” is on the end of the left sleeve with the 30th anniversary logo.

It also has a keyhole back.

This set includes pants and a long-sleeved, button-up shirt.

Both items are light pink with red and dark pink polka-dots.

Minnie is pictured on a larger pink polka-dot on the left breast. Smaller Minnie faces are among the dots.

The wrists and collar have dark gray piping.

The pants have a pink ribbon drawstring.

This collection is available in Plume et Palette.