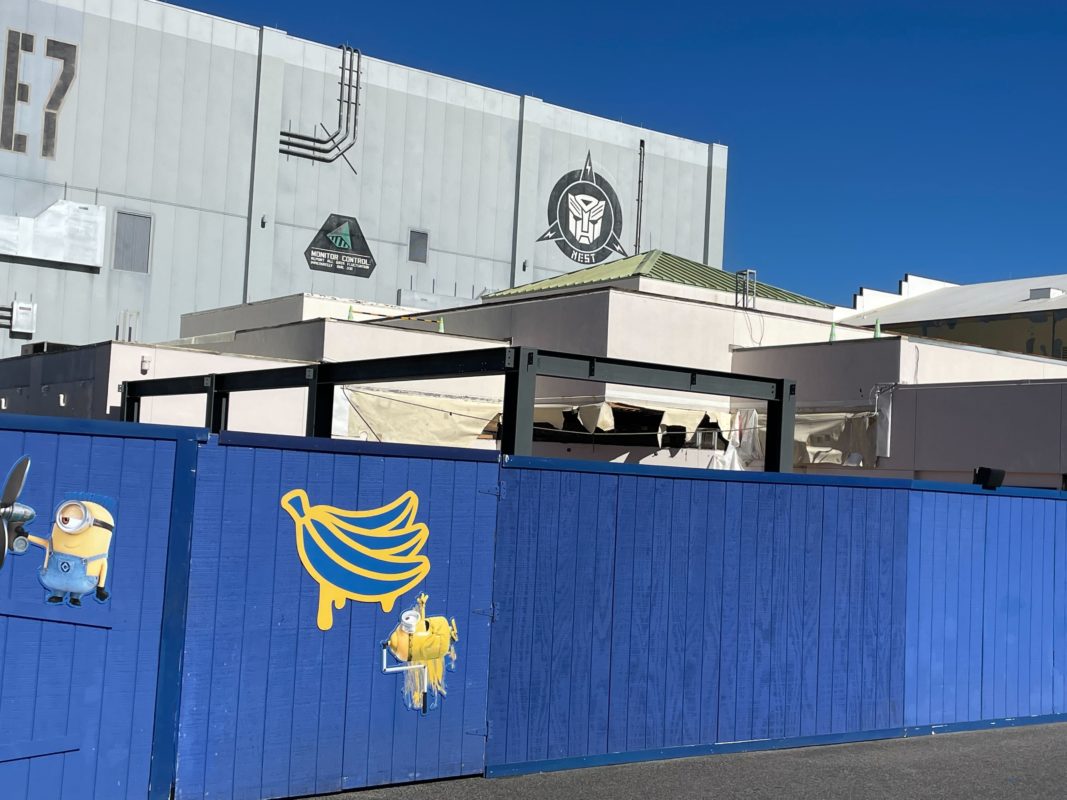 The first new steel supports were installed for Minion Café at Universal Studios Florida earlier this month and now more steel has been erected.

In early December, Universal officially announced that Universal Studios Florida would be getting a Minion land called Illumination Avenue with the additions of Illumination’s Villain-Con Minion Blast and Minion Café. The attraction will take over the Shrek 4-D building, while the café takes over the Monsters Café spot.

Five vertical steel supports, connected by horizontal pieces across the top, are at the corner of the cafe’s construction site.

It seems the building will be extended to this steel corner. Monsters Café had a rounded entrance marquee that was demolished.

Beyond the steel, we can see tarps hanging from the old Monsters Café entrance. Check out our full tour of Monsters Café.

More new steel is on the side of the cafe facing the future Villain-Con attraction.

This spot was once the “Shrek” meet-and-greet area.

The steel seems to be forming a new rounded entrance overhang.

Illumination Avenue is scheduled to open this summer.