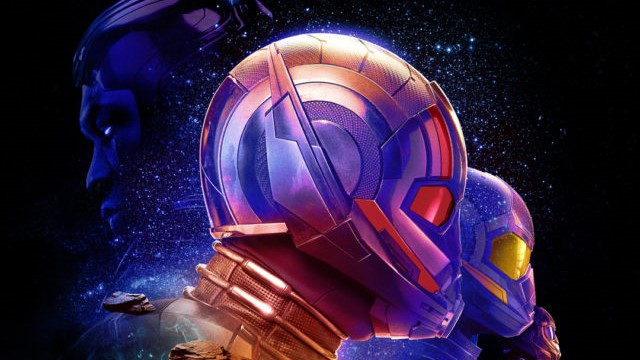 Today, Disney unveiled the new Marvel Studios’ “Ant-Man and the Wasp: Quantumania” poster ahead of the upcoming trailer.

A new extended trailer for Marvel Studios’ “AntMan and The Wasp: Quantumania” will debut tonight at 7:30 p.m. ET during the College Football Playoff National Championship on ESPN.

According to Digital Spy, “AntMan and The Wasp: Quantumania” will come in at “close at 2 hours and 5 minutes. For comparison, 2015’s Ant-Man lasted 117 minutes, while the second outing released in 2018 was 118 minutes long.”

The third film’s plot states that Scott Lang and Hope Van Dyne, along with Hank Pym and Janet Van Dyne, explore the Quantum Realm, where they interact with strange creatures and embark on an adventure that goes beyond the limits of what they thought was possible.

When the film opens next month, the film will introduce to the world “Jonathan Majors’ new super-villain, Kang the Conqueror, who is set to dominate the MCU for the next three years,” reports Collider.

The third film, which features the return of Paul Rudd as Scott Lang (Ant-Man), will debut on February 17 in movie theaters nationwide.

Are you excited to see “AntMan and the Wasp: Quantumania” next month? Let us know in the comments below.