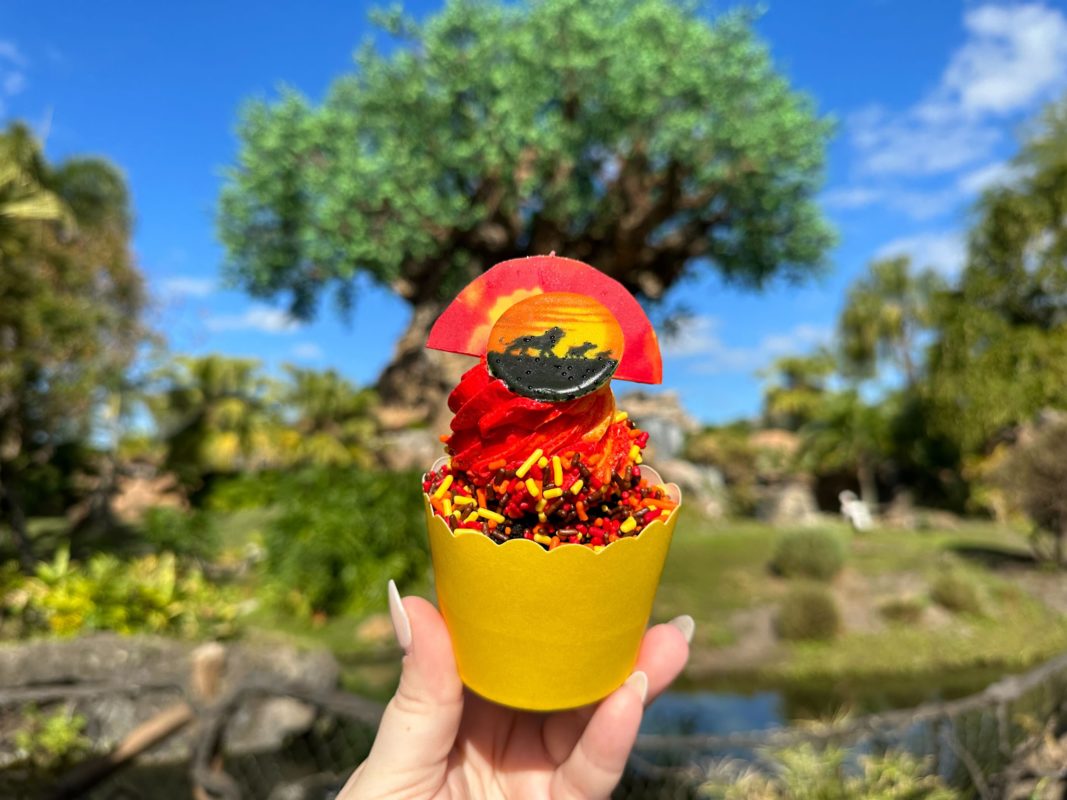 There’s a new Sunrise Cupcake, themed to Disney’s The Lion King, available at Disney’s Animal Kingdom. Dig in with us as we take a bite!

You can find this cupcake at Restaurantasaurus, Pizzafari, or Flame Tree BBQ at Disney’s Animal Kingdom.

We decided to stop and grab one at Pizzafari!

The white chocolate pieces on top of the cupcake recreate the iconic African sunrise from Disney’s The Lion King!

The chocolate cake is surprisingly moist and delicious! The vanilla buttercream on top has an artificial taste to it which may be from the food coloring. The pieces on top were the basic white chocolate pieces you get on many of the desserts at Walt Disney World.

There was very little vanilla custard inside the cupcake.

The taste of the vanilla custard was sweet and added a great taste, but there wasn’t really enough and wish there would have been more filling.

Overall the chocolate cupcake was delicious but the artificial taste of the vanilla buttercream icing was a little overwhelming.

Will you try this cupcake on your next visit to Disney’s Animal Kingdom? Let us know in the comments.