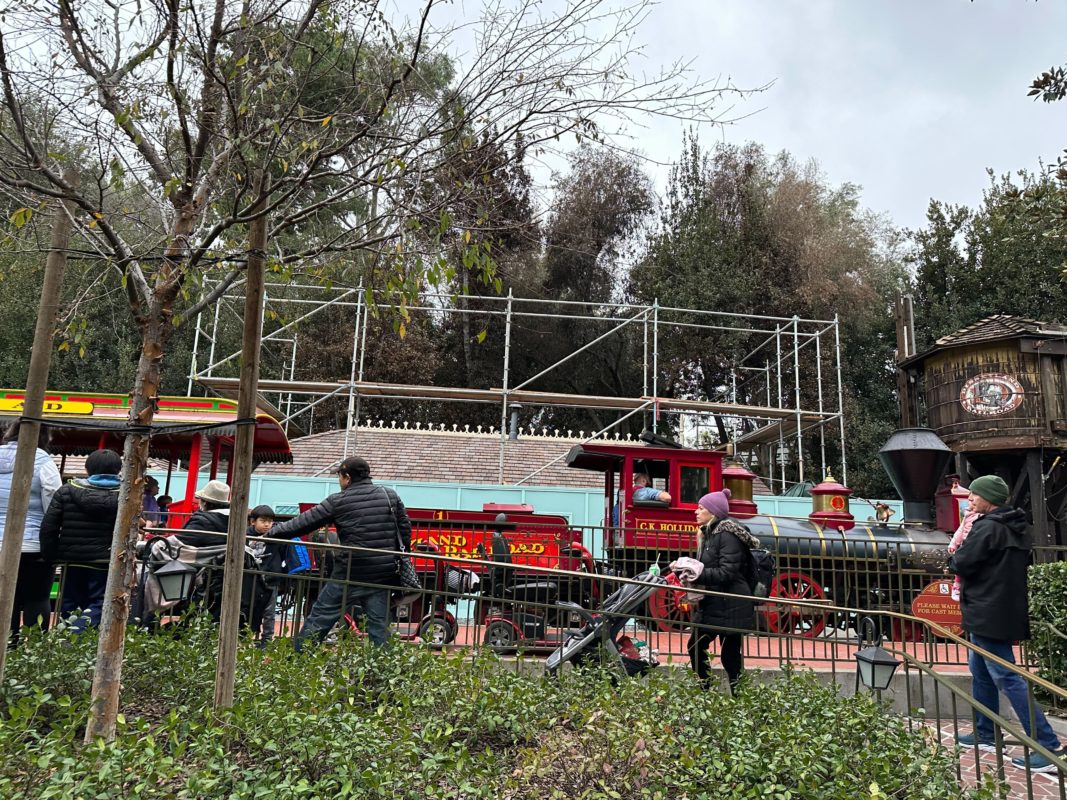 The green scrim blocking the view of the New Orleans Square Railroad Station building damaged by a fire has been removed.

Construction walls still surround the radio house, which is on the opposite side of the tracks from where guests enter the Disneyland Railroad.

Scaffolding is also still up, but the roof is now visible and looks relatively fine. The rest of the buildings at the New Orleans Square Station were not damaged.

It’s not clear how damaged the building was or how much work is necessary.

The fire broke out when the park was closed, and Disneyland said in a statement that nobody was injured.

The photo above shows the radio house how it usually looks.

The train station is based on a set from the 1948 Disney film “So Dear To My Heart.” Walt wanted to use the original movie set, but animator Ward Kimball did not want to return it after Walt had given it to him, so a replica was built. When the park opened in 1955, it was known as Frontierland Station. It was renamed in September 1966, two months after New Orleans Square opened.

The radio house was used to film the “Two Brothers” section of Great Moments With Mr. Lincoln at Disneyland and The American Adventure at EPCOT. A Morse code message that emits from it is a translation of Walt’s opening day dedication: “To all who come to Disneyland, welcome. Here age relives fond memories of the past and here youth may savor the challenge and promise of the future.”