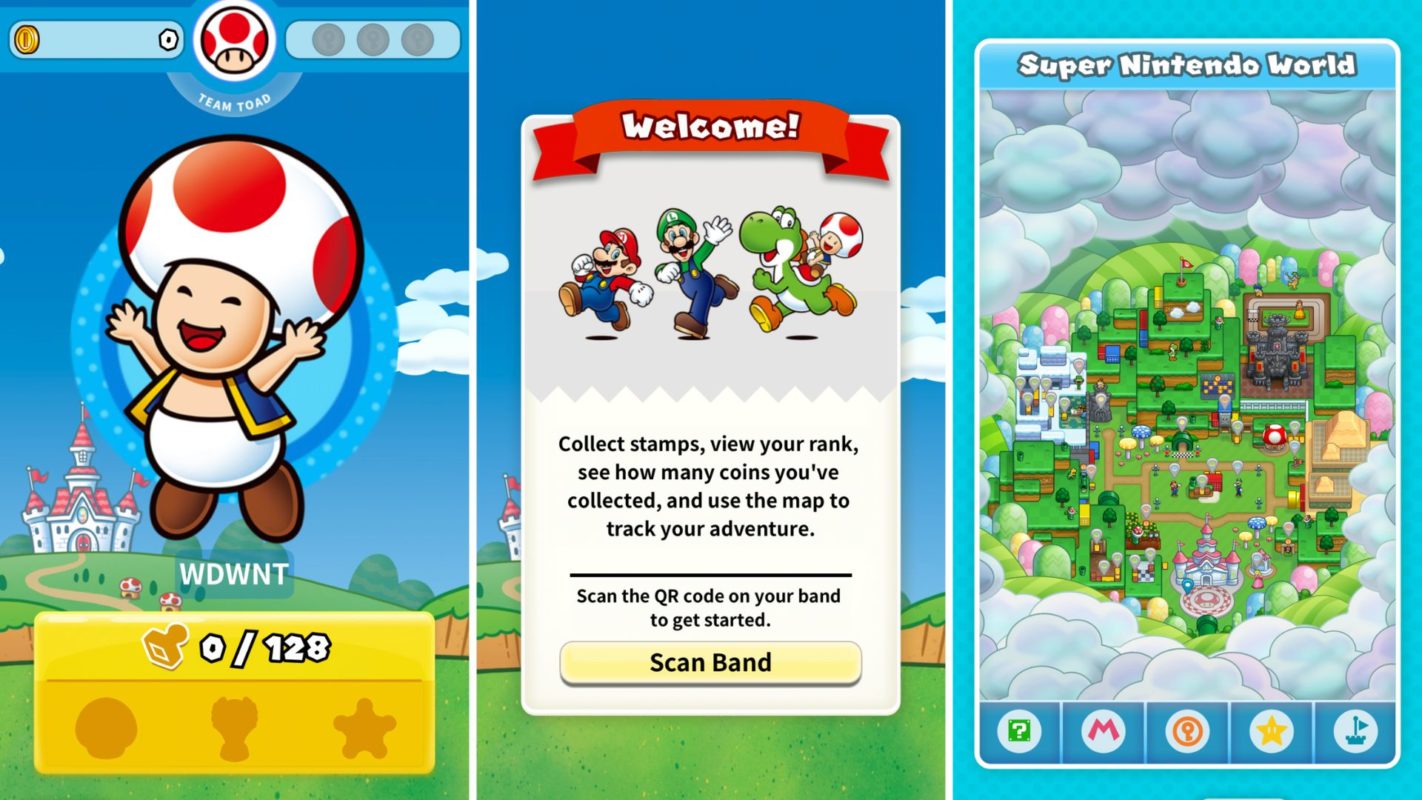 The Super Nintendo World section of the Universal Studios Hollywood app has launched ahead of the land’s opening. Guests with Power-Up Bands can now connect them to the app and create their profiles.

To get started, scan the QR code on your Power-Up Band.

You can then select a player name (which will be visible to the public), character image, and character background.

We have a Toad Power-Up Band, so we’re on Team Toad.

Your profile can be changed at any time, and you can add multiple players by scanning more bands.

The homepage of the Super Nintendo World section shows your selected character image, how many coins you’ve collected, and how many of the 128 stamps you’ve received.

In the map section, you’ll get a summary of the story you’ll be participating in throughout the land.

Bowser Jr. stole the Golden Mushroom and locked it away.

His minions guard the keys, so you’ll need to fight them.

Once you’ve collected all the keys, you can fight Bowser Jr.

You’ll also get more information about how to use the Power-Up Band in the Mushroom Kingdom.

You can punch blocks and collect coins.

In the options section, you can edit your player profile, follow other players, and add more bands to your device.

The rank section shows team rankings. The five teams are led by Mario, Peach, Daisy, Luigi, and Toad. As of now, no team has any points, of course (although we resent Toad being automatically listed at the bottom).

Super Nintendo World Pass Member previews will begin on January 29. The land will then open to the public on February 17.