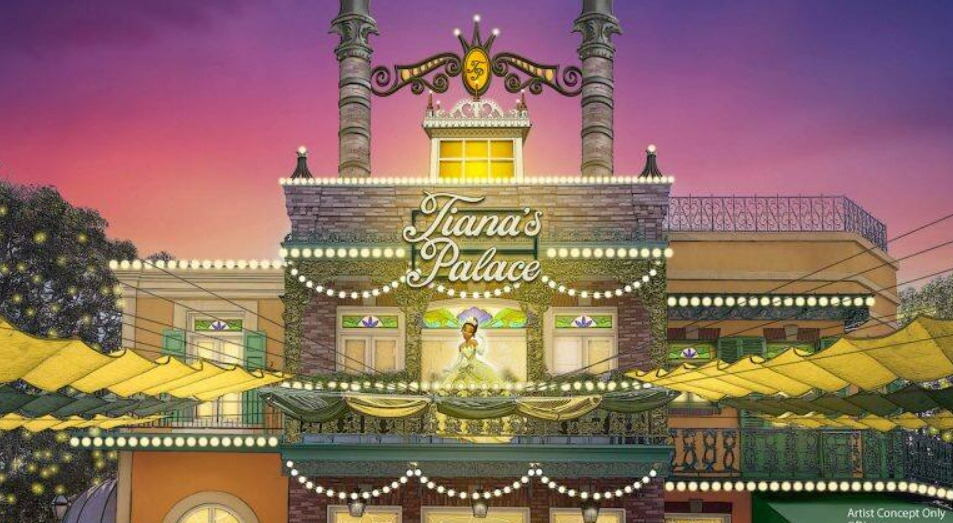 Disney has announced that the French Market Restaurant in Disneyland will close to become Tiana’s Palace later this year.

Tiana’s Palace will have peach-colored walls and green wrought-iron balconies. It will not be a character dining location but Tiana will meet guests in New Orleans Square.

Disney Imagineers are partnering with Disney Animation artists from “The Princess and the Frog” to bring Tiana’s Palace to life. The film’s designers actually took inspiration from the exterior of the original French Market Restaurant in New Orleans Square when designing Tiana’s Palace.

Tiana’s Bayou Adventure is expected to open in late 2024. Splash Mountain at Magic Kingdom will permanently close later this month, but a closing date has not been announced for the Disneyland version of the attraction.