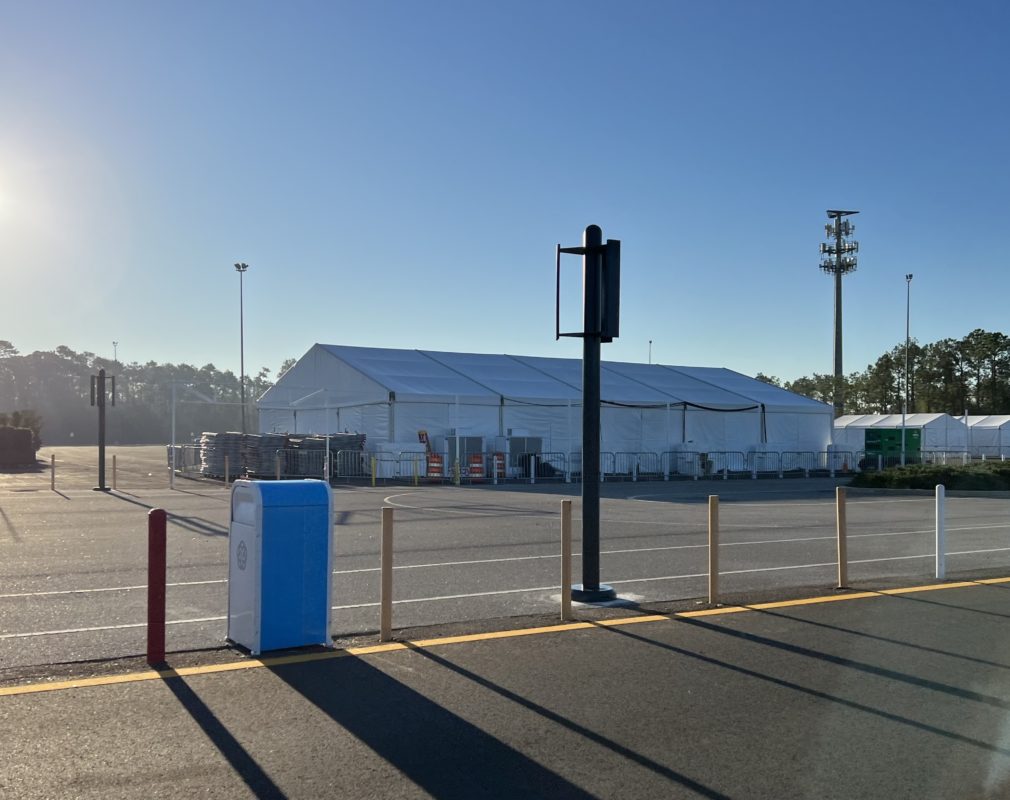 Walt Disney World may not have followed through with their promise for trams to return to all four theme parks last year, but there is a new sign that trams could return to EPCOT parking soon.

New black poles with frames on top are along the tram route by the Explore section of the parking lot. One is visible in the center-right of the above photo.

Here’s a closer look at one of these black poles. No signs are in the frames yet, but they could be for tram-related signage or new directional signage for the parking sections.

Here is another pole right next to an Explore lot sign.

New signs were installed near the entrance to EPCOT referencing trams last month.

In December 2021, it was announced that parking lot trams would return to all Walt Disney World theme parks in 2022. At that time, the service had been absent for 19 months. That promise was quietly revoked in November 2022.

Two years and nine months later, neither EPCOT nor Disney’s Hollywood Studios are providing complimentary parking lot trams. It’s been more than a year since Disney promised their return.