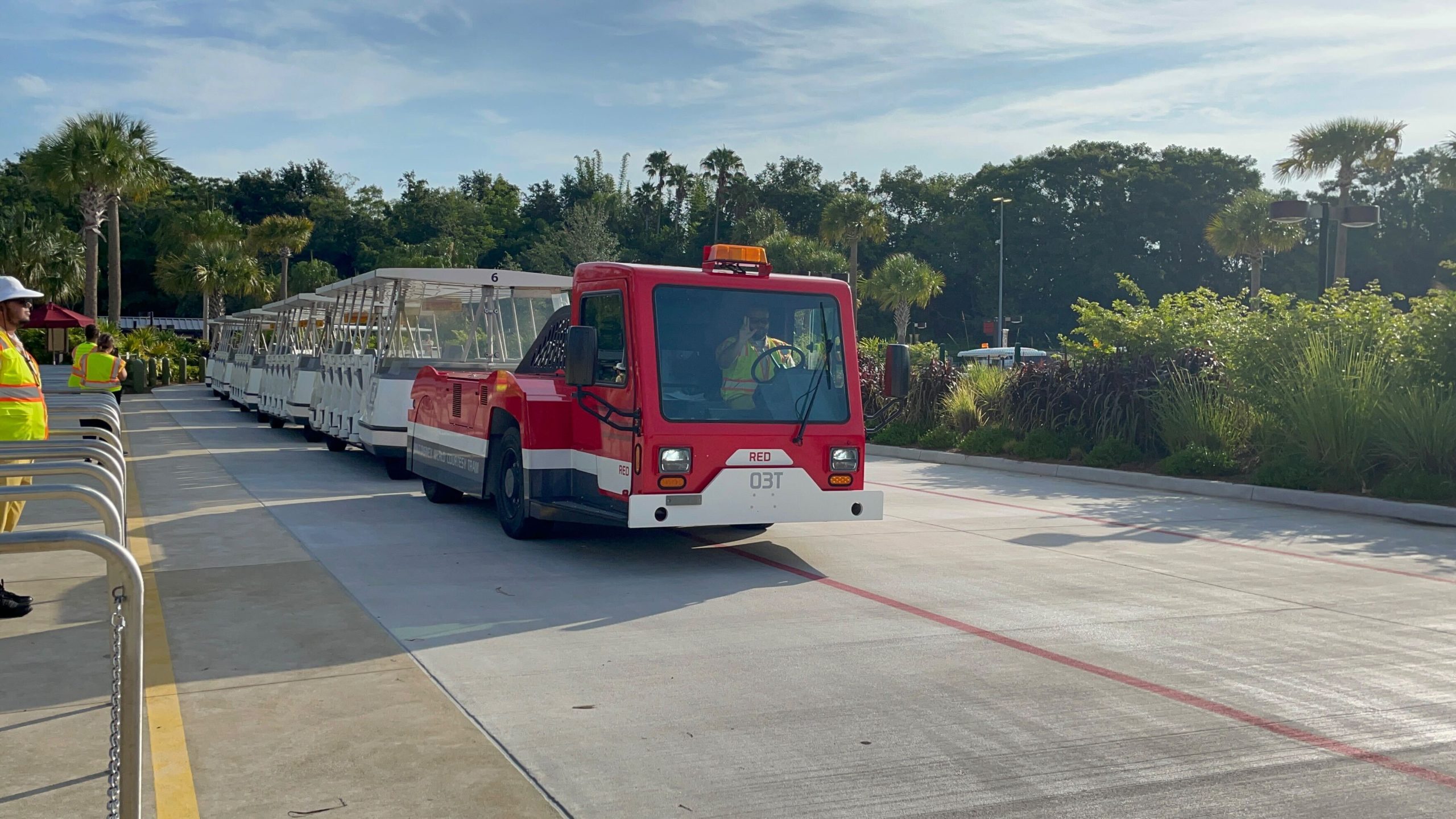 In December 2021, it was announced that parking lot trams would return to all Walt Disney World theme parks in 2022. At that time, the service had been absent for 19 months. That promise was quietly revoked last month, and since today is the last day of the year, they have not followed through.

In March 2020, Walt Disney World Resort closed for an unprecedented extended shutdown due to the COVID-19 pandemic. When the parks reopened in the summer, parking lot trams were one of many things eliminated for the sake of physical distancing. While planDisney panelists advised concerned guests to arrive early to secure a close parking spot, Cast Members were sometimes seen offering to drive guests in need to their vehicles with a golf cart.

However, even as Disney claimed the continued absence was for the “health and safety” of guests, distancing requirements were removed from attractions and other transportation in June 2021. Mask requirements for transportation were lifted in April 2022. Entertainment and buffet meals returned as Disney shed the COVID-era safety precautions.

Hiring began in August 2021, well before the announcement that the trams would return.

Two years and nine months later, neither EPCOT nor Disney’s Hollywood Studios are providing complimentary parking lot trams. It’s been more than a year since Disney promised their return. Even after removing the time frame from the official website, guests had their hopes up when new signage was installed earlier this month at EPCOT referencing the trams.

With no word from Disney on a new date, it looks like guests will be making the trek at the two parks for the foreseeable future.