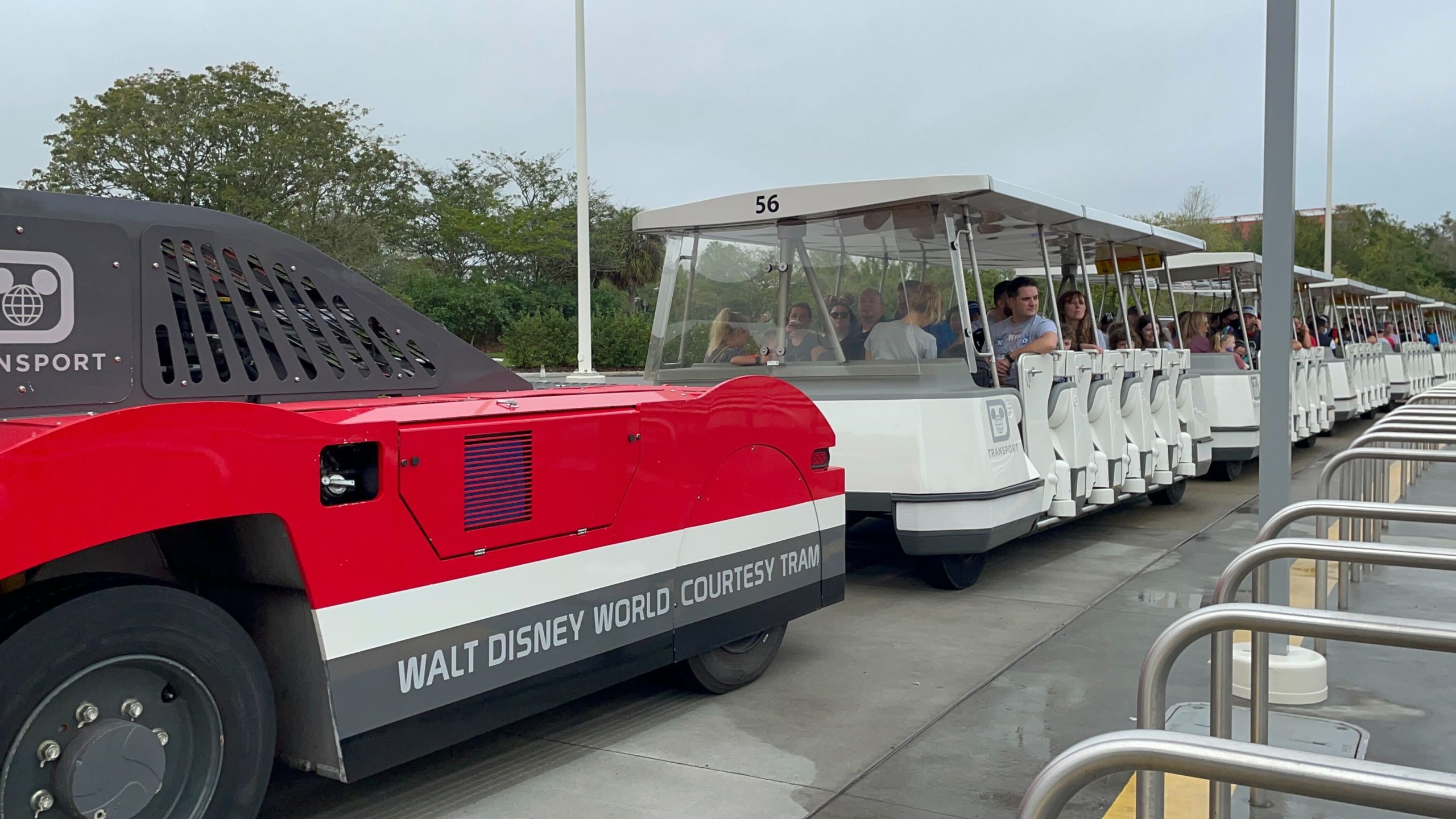 Walt Disney World has walked back the promise to return parking trams to all theme parks this calendar year.

On the Walt Disney World website, under “Trams,” it formerly stated, “Courtesy trams have returned to Magic Kingdom park and Disney’s Animal Kingdom Theme Park – and they’ll return to other Walt Disney World theme parks throughout 2022. Where available, this convenient mode of transportation will whisk Guests from the theme park’s parking lot to its Main Entrance and back.”

However, after a recent visit to the Walt Disney World website, we noticed that statement has been removed from the website.

The trams returned to the Magic Kingdom in December 2021 and to Disney’s Animal Kingdom theme park this past May. However, with 32 days left until the end of the year, it’s unclear if any of the other theme park trams will return.

The courtesy service used to operate at all four theme parks. However, it was discontinued when the parks closed due to the pandemic. When the parks reopened, and physical distancing rules ended, the tram service remained unavailable.

At this time, there is no tram service at EPCOT or Disney’s Hollywood Studios.

Are you disappointed that the trams have yet to return to the rest of the Walt Disney World Resort? Let us know in the comments below.

8 thoughts on “UPDATE: Walt Disney World Reneges on Promise to Bring Back Parking Lot Trams at All Theme Parks This Year”