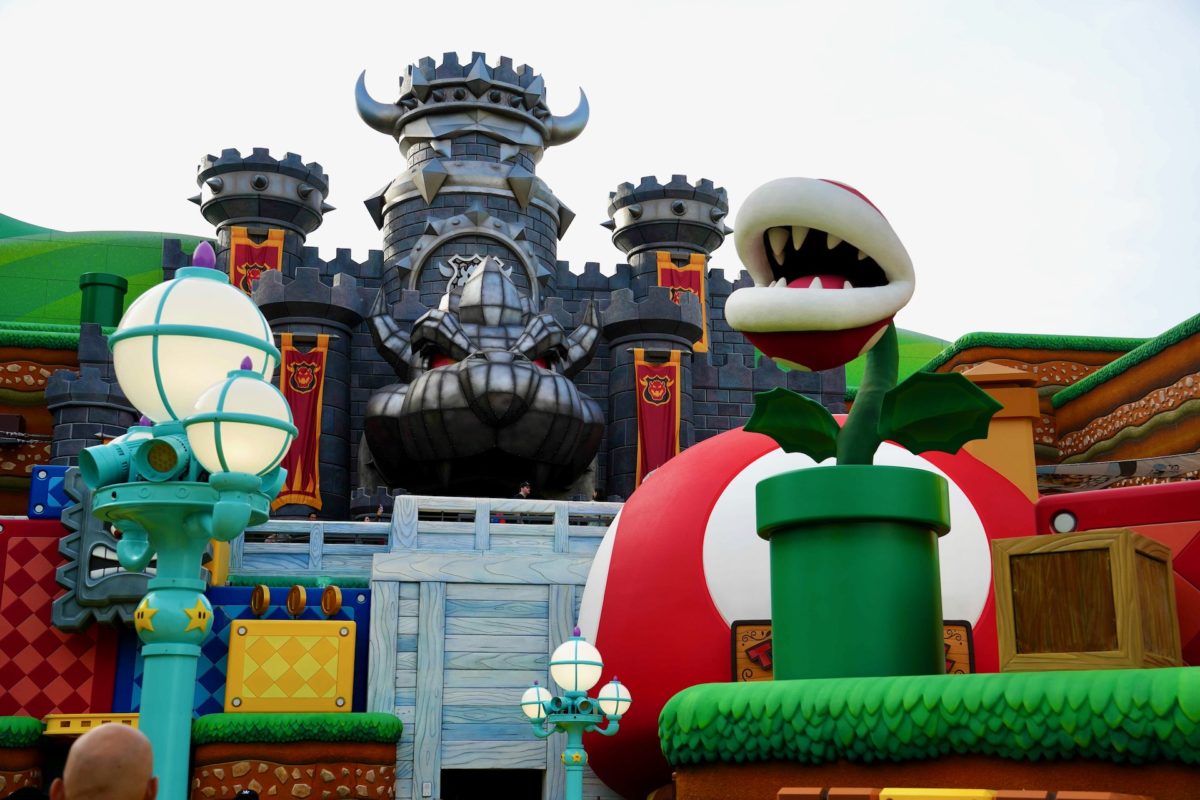 Construction walls came down from around Super Nintendo World in Universal Studios Hollywood and the land soft opened for technical rehearsals today.

Team Members have been testing the land for the past few weeks and Pass Member previews start on January 29. But some lucky guests got to visit Super Nintendo World early for testing.

As a sign at the escalators warns guests, Mario Kart: Bowser’s Challenge may operate intermittently and not all elements may be functioning during technical rehearsals.

Banners for The Super Mario Bros. Movie now hang along the walkway.

Super Nintendo World is in the lower lot.

More guests and Team Members may be able to visit during surprise technical rehearsals over the next few weeks.

Everything in the land was open and operating when we arrived.

You can even ride Mario Kart: Bowser’s Challenge! Stay tuned for a full photo and video tour.

The Key Challenge games were all up and running for guests to try out.

Feel like shopping til you drop? 1-Up Factory is wide-open with tons of Super Nintendo World merch.

And if you’re feeling peckish, Toadstool Cafe is also ready to serve up delicious treats.

Universal Orlando Resort’s Epic Universe, scheduled to open in the summer of 2025, will also have a Super Nintendo World. The Japan and Orlando lands will both have a Donkey Kong expansion, but there’s no extra space in Hollywood.