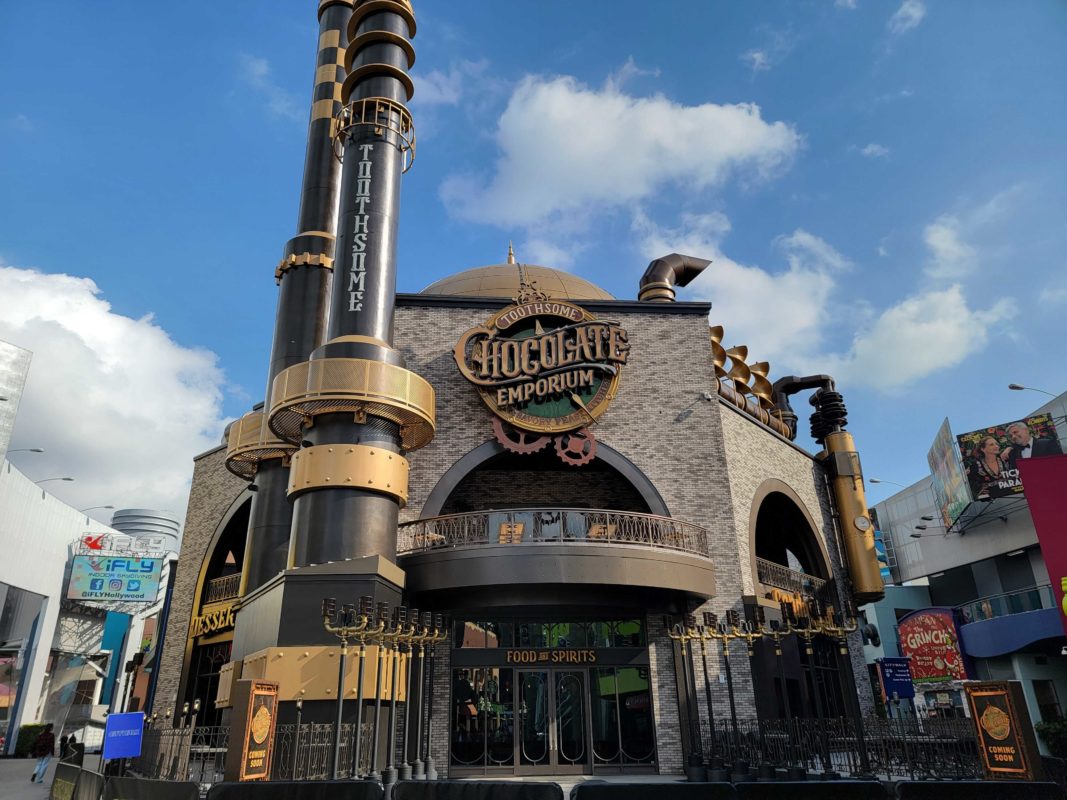 After a long construction period, the wait is finally over for sweet tooths at Universal CityWalk Hollywood — as Toothsome Chocolate Emporium & Savory Feast Kitchen finally has an opening date in late January!

The west coast outpost of the beloved restaurant will officially open on January 27, according to the Universal Studios Hollywood website.

This is the third location of Toothsome, with the original in Orlando and another at Universal CityWalk Beijing. There’s also a small milkshake stand at the Wells Fargo Center in Philadelphia, called Toothsome Milkshake Foundry.

Construction walls came down at the beginning of December, with the restaurant seemingly needing only the finishing touches inside before being ready to train Team Members and open for business. Work began in 2020 and the restaurant was originally scheduled to open in 2021 before construction came to a halt. The location was formerly home to The Hard Rock Cafe from 1996 to 2020.

To see what you can expect from its West Coast cousin, check out our review of the Toothsome Chocolate Emporium & Savory Feast Kitchen at Universal CityWalk Orlando.

Are you excited for Toothsome to finally open? Let us know in the comments below!