On June 20, 1995 Aliens invaded the Magic Kingdom. For eight years, guests to ExtraTERRORestrial Alien Encounter were treated to a scary adventure that attacked all the senses. When the X-S Tech employees make a mistake with the teleportation device, a huge alien appears before the audience. Much of the same effects you feel in your chairs today while sitting through Stitch’s Great Escape, were used to make the audience feel like an alien was wreaking havoc all around and right next to them. Vinylmation will pay tribute to this great attraction on June 24 when the 9″/3″ Alien Encounter combo ($74.95 LE 1000) is released. Designed by Maria Clapsis, collectors can pick up a 3″ Skippy with a 9″ Alien. 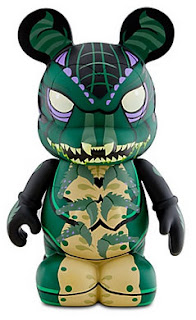 The alien looks amazing. I hope it looks this good in person. Maria really captured the details of this scary creature. I can almost feel him breathing on my neck. 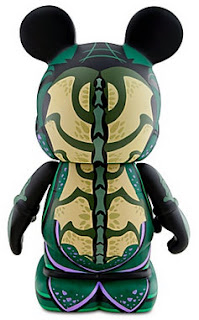 On the back, you can see the alien’s wings. The color scheme is perfect as well. A lot of little detail when into this 9″ figure. 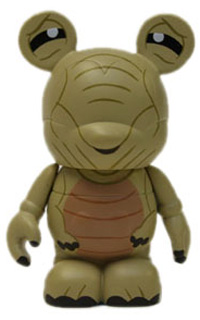 The 3″ Skippy excited people when we saw him back on New Year’s Eve. His droopy expression is painted perfectly on the vinyl. I really like the eyes in Mickey’s ears, this character translates well to the mouse shaped vinyl. 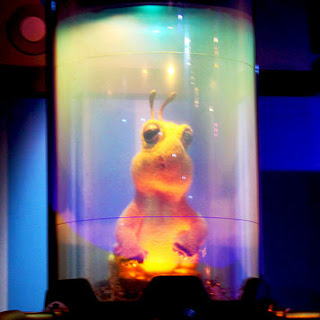 Overall, it’s an intricately designed set that’s a great nod to a classic Magic Kingdom attraction. I’ll be picking up this set without hesitation.

Check out our earlier preview of the 9″ UP figure.

Previous
Set your pocket watches for July 8th. Steampark.
Next
And now, a Political Message from our Censor