Update: 07/18/12 The figures were on display at Comic Con. Still no release date. Photo from Vinylmation Kingdom. 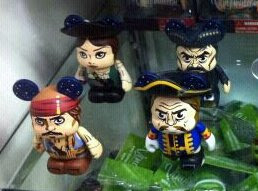 The Florida Project is over, but the announcements keep on flowing. It looks like we can expect a Pirates of the Caribbean movie themed Vinylmation series. 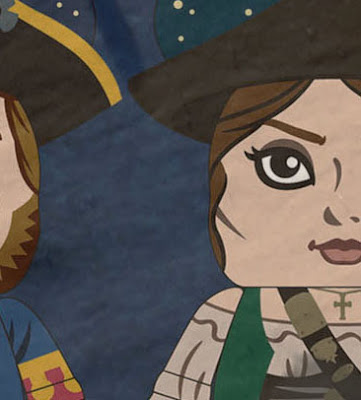 Disney released what looks like concept art of Angelica from the Pirates movie franchise! We also get a sneak of a partial face of another character. I know i’m back and forth about sets dedicated to one thing (movie, ride, etc…) but I am into this. What are your thoughts? What characters do we need to see? Monkey? Jack can have a nice variant.