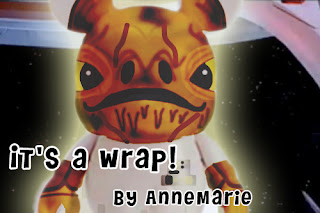 I was lucky enough to get my hands on one of these guys a week early, thanks to (probably) some miscommunication between my local Disney Store and the powers that be. But here he is, the Make-a-Wish Jiminy Cricket! (*editor’s note: the official release date for this figure is April 29th) 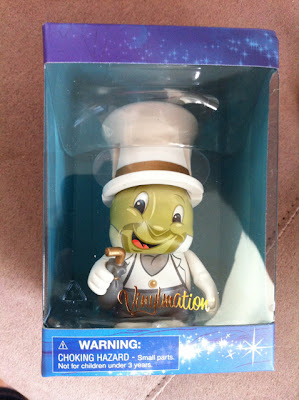 I love the graphic design of the suit. The button isn’t three-dimensional as some guessed, just painted on, but it looks great. The face has great detail, I love the shading, but looking at the figure up close and I’m thinking his head is a bit too cocked to the side. It kinda looks like his neck is broken. When I compare this figure to the A2 combo topper Jiminy, I think I prefer the straightforward graphic style of the latter. If I give him the MAW Jiminy’s umbrella, he’s practically perfect! 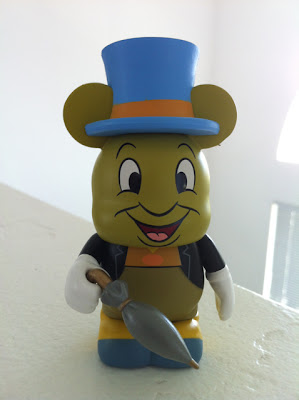 Unfortunately, again, this figure suffers a bit from quality control issues. Not nearly the state of Furry Friends, but still, because he’s mostly white a lot of dirtiness/ imperfections really stand out. Notice the dirt on his hat and feet. It’s hard to tell when looking at him in the store in his box, but be mindful of this. 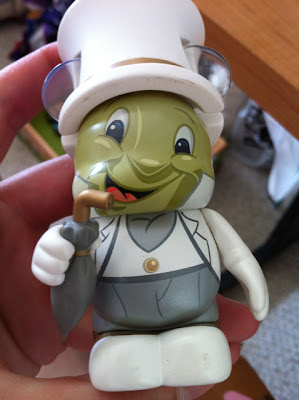 All in all, he’s a cute figure and $1 of each purchase goes to the Wake-A-Wish foundation, so that’s cool. He retails for $9.95 also, which is a great price considering he has two accessories AND when you take into account the donation. 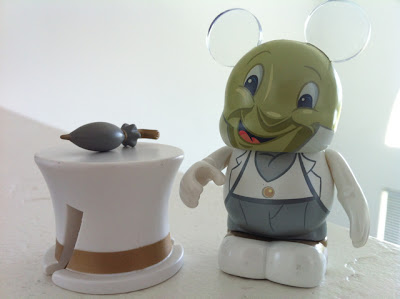