History of: The Land, Epcot

The Land Pavilion at Walt Disney World opened just about 35 years ago with Phase 1 of the rest of Epcot Center on October 1, 1982. 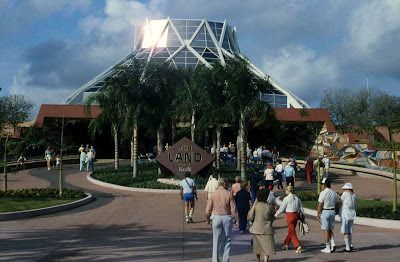 Epcot, The Land Pavilion Circa 1982
Photo from Matterhorn1959.blogspot.com

For some undefined reason, this is my favorite pavilion in all of Epcot. It is not the most exciting. It doesn’t have the best food. And it is home to one of the longest wait times and hardest to get Fast Passes in all of Walt Disney World. But I enjoy the Living with the Land boat ride. 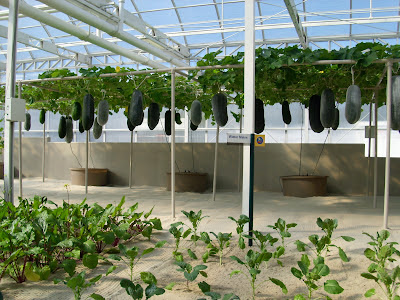 It’s a nice relaxing trip through the greenhouses when the rest of the park is hot and in a rush. I enjoy Soarin’. Not as much as most, but the imagineering behind the ride system make it a special experience. I enjoy the smells of the food court. Not sure why, but the mixture of whatever they are cooking up makes me hungry every time. But most of all, I enjoy the sights. The greenery lining the entrance is inviting. The walls, ceilings and carpets are full of color. And then of course, there are the 4 seasons balloons… 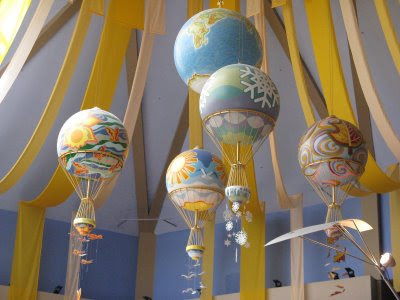 And this is were Caley Hicks took her inspiration when designing the 9″ Park 9 The Land figure. 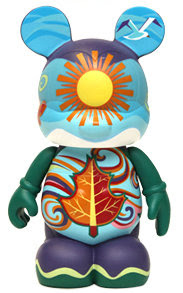 It is a remarkable figure, brilliantly illustrating summer, winter, fall and spring as seen on the four hot air balloons that hang high over the food court. Caley was able to incorporate all the features of each balloon including the bird on summer and butterflies on fall. 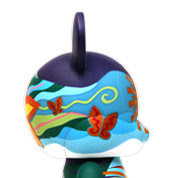 For me it’s the colors of this building that stay ingrained in memory and the colors here seem spot on. 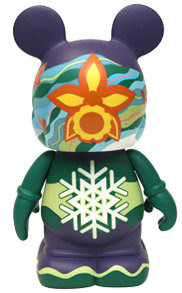 Now for a bit of history about The Land. The pavilion underwent a gradual refurbishment beginning on September 27, 1993. The pavilion’s main attraction, Listen to the Land, which took guests on connected boats through various exhibits within the pavilion, reopened mostly unchanged as Living with the Land on December 10, 1993. 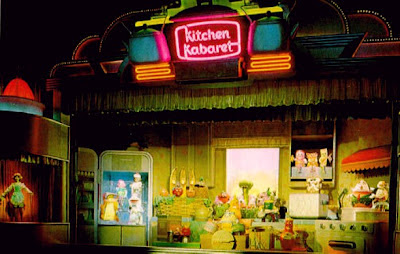 The Kitchen Kabaret another of the pavilion’s original attractions featuring an Audio-Animatronics presentation about nutrition, closed on January 3, 1994. It was replaced with a new show titled Food Rocks, which featured some of the elements from the original show with an updated presentation intended to be more modern and appealing to younger audiences. Food Rocks has since closed down to make room for “The Land”‘s newest attraction, Soarin’. Soarin’s massive movie screens and ride mechanics required the construction of a large physical addition to the pavilion itself. 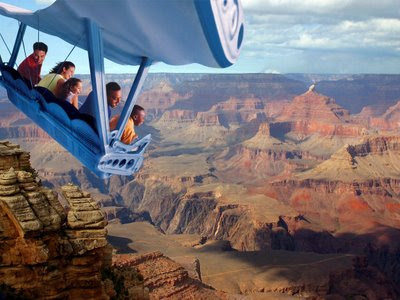 Symbiosis, the last of “The Land”‘s three original attractions, was closed on January 1, 1995. This attraction, which was a cinematic presentation that discussed both the positive and negative aspects of human relationship with the land, eventually reopened as Circle of Life, a new film featuring characters from The Lion King. 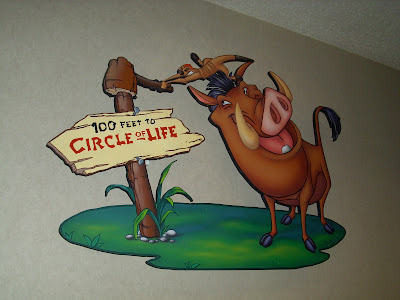 Between 2004 and 2005, the pavilion underwent its second major refurbishment. It received a new color scheme and foliage. The walkways and stroller parking to the pavilion’s entrance were redefined and widened. All of the carpeting in the pavilion was replaced, and the main food court was completely redesigned. The pavilion’s signage was updated, incorporating the new color scheme, new typography, and a modernized logotype.