Our friend and custom Vinylmation artist Annemarie alerted us to a wonderful online charity auction called Cancer Gets Lost that will take place from August 15-29.

By the logo, you can probably tell this a Lost TV show themed auction. There are many great items available that include set props, scripts, autographed items and custom artwork. Annemarie is donating a custom Vinylmation to the cause.

Her design brilliantly brings together many of the mysterious items of the Lost island. The ears feature a very cartoonish Locke and Jack standing over the hatch. I really love the drawing style she used for them. 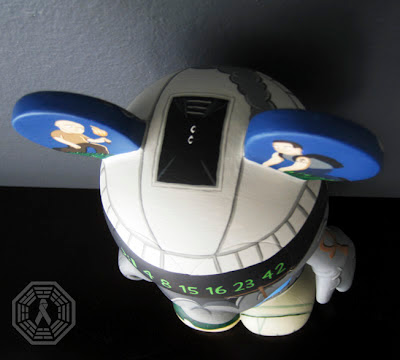 On the head we see the numbers… green against a black background as if they were typed onto a computer screen. We can also see Jacob’s scale. The body of the vinyl largely represents the beach with the jungle in the background. On the right foot is the plane wreckage while the left is the foot of the giant statue. Of course you see the black smoke wrapping around the entire figure. 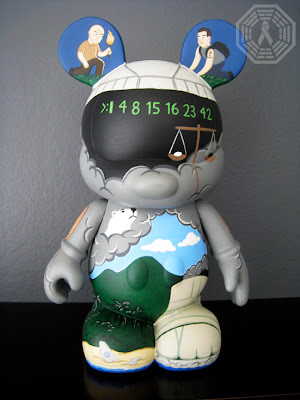 The back has the Donkey Wheel, Locke’s letter to Jack and the hatch countdown clock. The note looks just perfectly situated. The Blast Door Map takes up the entire back of the head and is drawn with exquisite detail. 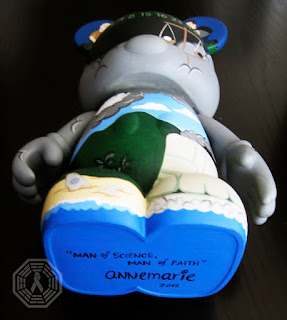 For Lost fans, this custom is a real delight. It delivers a ton of fun little treats all around the canvas. The starting bid is set at $88. Of course, this is not Annemarie’s first Lost custom. Remember Locke and Hurley?

We are of course focusing on Annemarie’s Vinylmation here, but there is a ton of great artwork up for auction. Here are a few of my favorites. 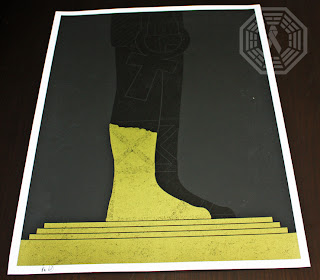 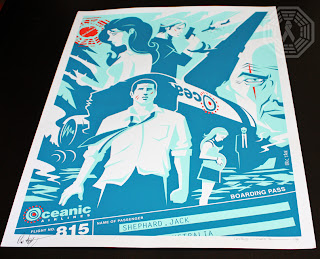 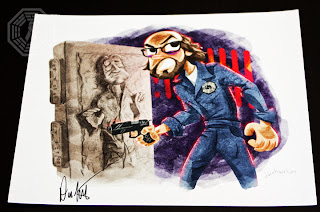 There are actually bunch of Lost/Star Wars mash ups including movie posters. And as I mentioned, a few collectibles as well. 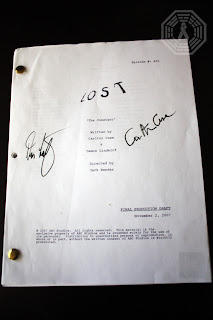 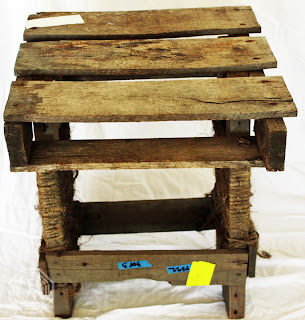 Cancer Gets LOST is a non-profit charity webcast, auction and party to benefit the National Brain Tumor Society.

Co-creators Jared (@agentbacardi) and Jo (@jopinionated) are producing and hosting a live webcast in Los Angeles on August 25 with LOST alum (cast and creative), coinciding with an online auction of LOST and TV/film memorabilia, props and autographed items (open from 8/15 – 8/29).

100% of all proceeds from all of the above will go directly to the NBTS, a charity selected in honor of Jo’s dear friend Jackie O, who passed away on 8/3/12 after fighting brain tumors and cancer with great spirit for four years.

If you are interested, check out the full auction catalog here and visit CancerGetsLost.org.

Vote Up0Vote Down
Custom Class with Rust This World: Lesson 2 – Sculpting
Is A Huge Expansion “In Production” For Disney’s Hollywood Studios?