Update 9/16/12 @VM_Paris just tweeted this picture seemingly confirming the existence of the HM Variants. Earlier this week, HM blind boxes were mistakenly released in Paris. Two notes… these are ones we see in the leaked photos below and also the color looks different but that could be just the light. 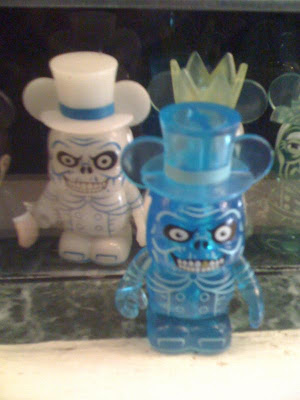 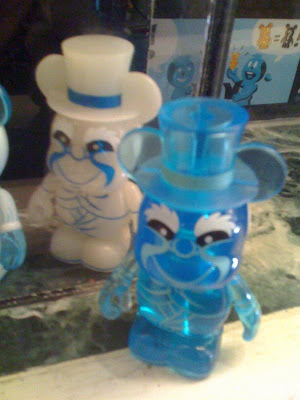 It’s been a long time coming, but the Haunted Mansion series is set to be released on September 21s and 22nd. We might have just found a big reason for both the delay and why you’ll want to buy this series… 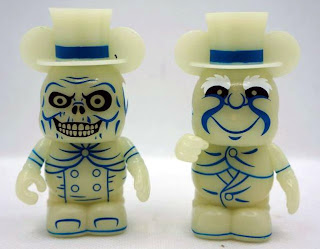 An anonymous source sent us these pictures of what seem to be variants of the figures. Only rumor at the moment, but these figures definitely take the floating wedding cake. They appear to be non clear versions of several of the figures. They also appear to be made of the plastic that would glow in the dark. Can you imagine that??? Above is Phineas and the Hatbox Ghost, although the hatbox ghost losses his gold tooth for some reason. Below we also have a version of Gus. Who knows how many of the figures get this version. What if there is a glow in the dark version of everyone? The ghosts with all glowing bodies and the non ghosts with glowing eyes or other parts?

Of course, these also could be prototypes of an earlier version of the figures before they settled on clear. These could also be, but much more unlikely, some LE combo or something. We’ll know in a week. 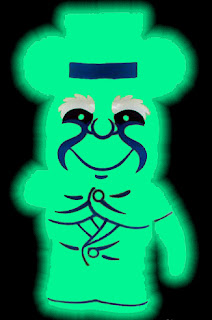