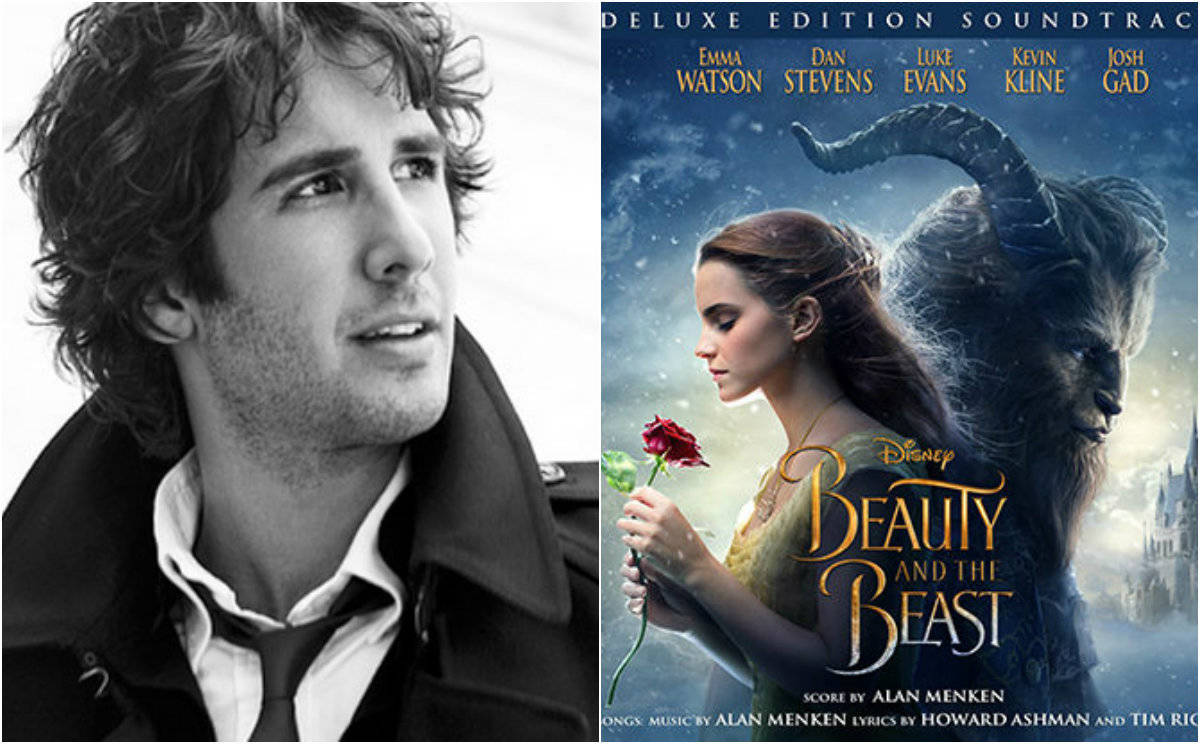 Josh Groban Will Perform A New Original Song, “Evermore” For “Beauty And The Beast”

FROM DISNEY’S “BEAUTY AND THE BEAST” SOUNDTRACK

Multi-platinum international recording artist and songwriter Josh Groban has recorded an all-new original song, “Evermore,” for Disney’s live-action “Beauty and the Beast.” The song will appear in the film’s end credits as well as the soundtrack.

“Evermore,” a soaring ballad performed in the film by the Beast (Dan Stevens) after he releases Belle (Emma Watson) to be with her father, is written by eight-time Oscar®-winning composer Alan Menken (“The Little Mermaid,” “Aladdin”) and veteran lyricist and three-time Oscar winner Tim Rice (“The Lion King,” “Evita”). Menken also provides the film score, as well as new recordings of the classic songs from the animated film written by himself and Ashman. The original motion picture soundtrack will be released by Walt Disney Records on March 10, 2017. The pre-order is available now at http://disneymusic.co/BeautySndtrkP.

Says Groban, “I am honored to sing this beautiful new song by two of my absolute favorites, Alan Menken and Tim Rice. ‘Beauty and the Beast’ has been with me since my childhood and to have a musical connection to this new film makes me so happy.”

Mitchell Leib, president of music for Walt Disney Studios Motion Pictures Production, helped to bring Groban into the musical mix for the film. “Alan Menken, director Bill Condon and I were talking about which contemporary recording artist could even sing such a demanding song, let alone succeed with it. Josh stood alone,” says Leib. “His voice is a natural fit for this showstopper of a composition.”

Possessing one of the most outstanding and instantly recognizable voices in music, singer, songwriter, and actor Josh Groban has entertained fans across the globe with his multi-platinum albums and DVDs (over 30 million sold worldwide), electrifying live performances, and comedic film and television appearances. The 35-year-old Los Angeles native is the only artist who has had two albums on the Top 20 Best-Selling Albums list of the past decade, according to Billboard. He has appeared in the feature films “Crazy, Stupid, Love,” “The Hollars,” “Coffee Town” and “Muppets Most Wanted,” as well as on NBC’s “The Office,” FX’s “It’s Always Sunny in Philadelphia” and CBS’ “The Crazy Ones.”

Over the summer, he embarked on an extensive North American tour to support “Stages,” entitled “Josh Groban: On Stage.” Also in 2016, Groban made his Broadway debut starring in the new musical “Natasha, Pierre & The Great Comet of 1812,” which opened to glowing reviews. The production has just announced a six-month extension to its run, carrying the show into summer. An active arts education philanthropist and advocate, Groban is a member of Americans for the Arts Artists Committee and Groban’s Find Your Light Foundation helps enrich the lives of young people through arts, education, and cultural awareness.