Since the Flight of Passage attraction was announced, we have wondered how Disney would achieve such an attraction, where guests were promised that they would get to ride on a “real Banshee” from the AVATAR film series. Well, the following image was sent our way courtesy of an inside source and is a screen cap of some footage of Imagineers testing out the new ride which will open with Pandora: the World of AVATAR at Disney’s Animal Kingdom this Summer. 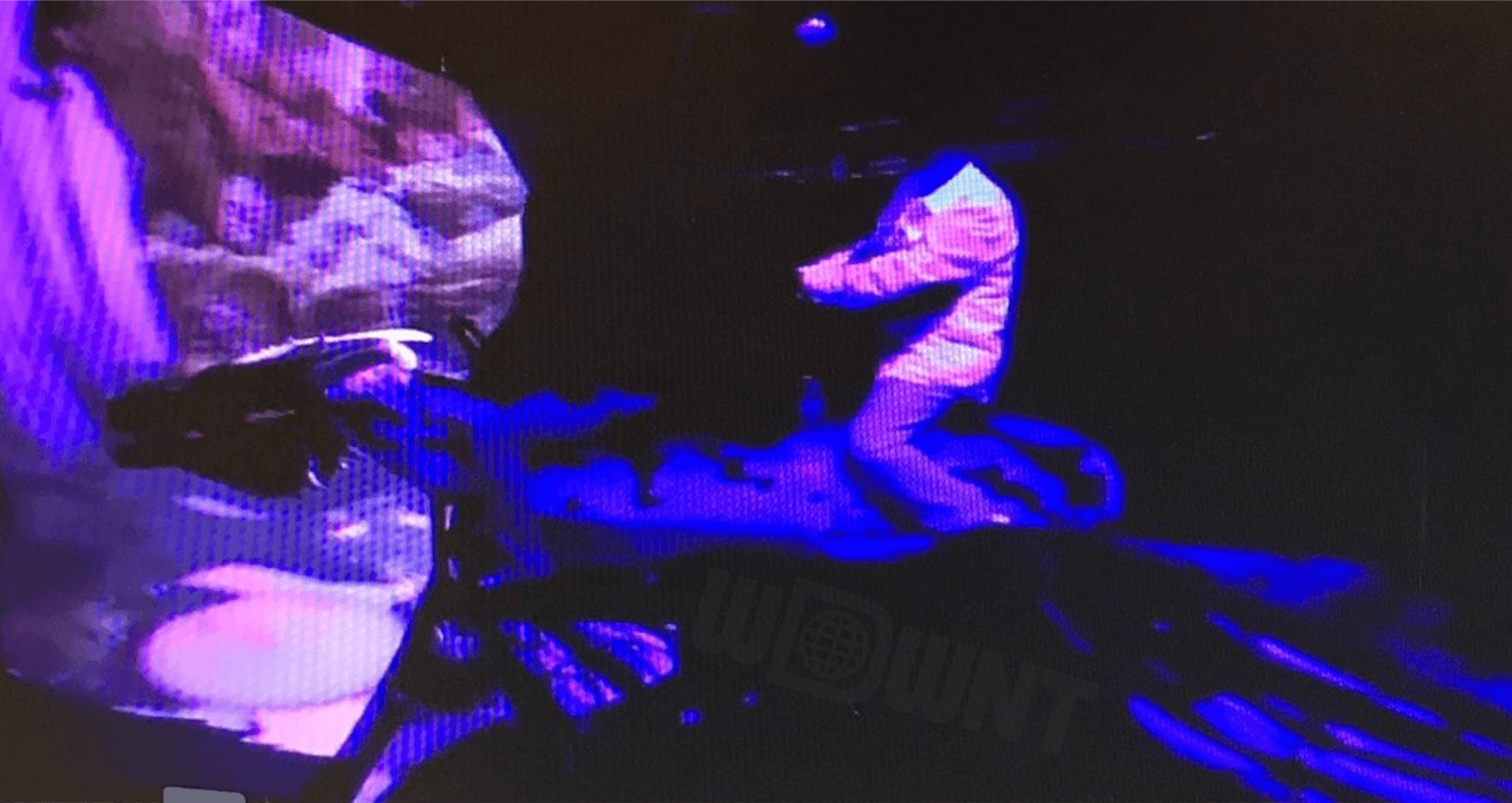 Now, obviously, it is not the clearest image, but so is the nature of such leaked things. You can see that 2 people are mounted on a Banshee creature and are riding the attraction with the large Soarin’ type projection screen in front of them.

It might be possible to seat more than two guests on each, but it is unclear due to the clarity of the image. I would assume that children 7 and under would need to ride with someone 14 or older, as is the rule with many other attractions at Walt Disney World.

The image above, from the Disney Parks Magic Christmas Celebration, appears to show the ride system before the installation of the Banshee vehicles that will face the large screen.

We were promised that we would be able to feel the Banshee breathing and all of its motions below us when we ride the attraction. Based on the leaked image above, I may actually believe the Disney PR machine for once. If each guest really is boarding their own personal animal, I think we are in for something truly amazing. I think even the most bitter AVATAR project detractors will have to look at this as impressive.

But what do you think? Are you excited for Flight of Passage and Pandora: The World of AVATAR?