Well, it has finally happened… Disney has announced the start date for Rivers of Light at Disney’s Animal Kingdom and dining package information for the show.

Rivers of Light will begin performances on February 17th, 2017 with just one show per night (that one in particular being at 7:15PM). The show will be presented once nightly (according to the DisneyWorld.com calendar) only on Sundays, Tuesdays, Thursdays and Saturdays until April 8th, when it then becomes a nightly offering. The February 17th show is the only Friday it is offered until April for some reason. April 9th was the first night on the schedule that I could find offering two shows. You can check for showtimes on the official page here (subject to change until any official announcement is made later today).

FastPass+ booking for the show is now open as well. 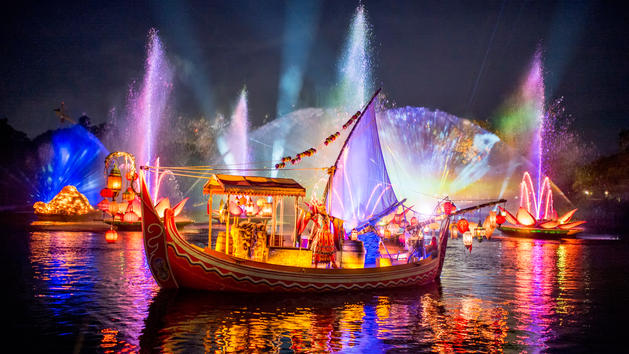 Rivers of Light Dining Packages are available now for all show dates. The only date it is not offered after April 8th is May 24th, 2017, which we assume will be because of a media event for the opening of Pandora: The World of AVATAR. No Rivers of Light shows are scheduled for that evening.

To book and get more information on these packages, click here.

Previous
PHOTOS, VIDEO, REVIEW: Hands-On with the MagicKeepers Keychain Accessories for MagicBand 2; Are They Any Good?