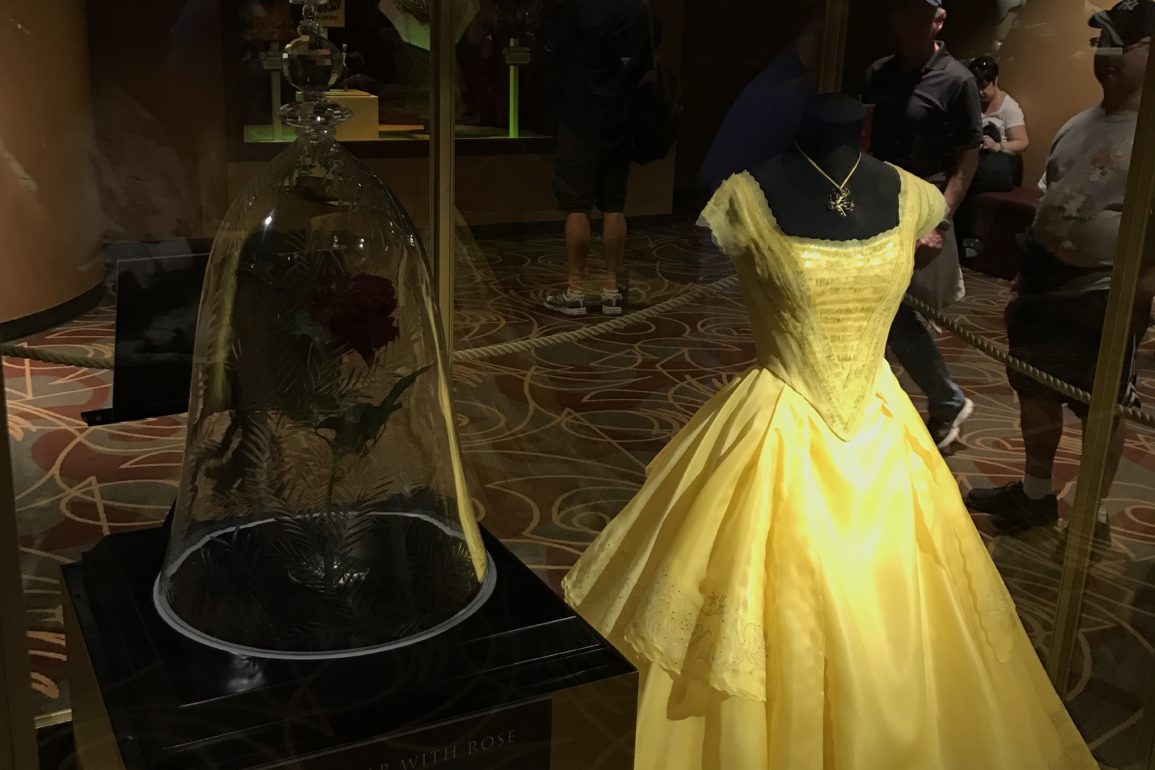 PHOTOS, VIDEO: Theme Park Models Move Out of Walt Disney – One Man’s Dream for Beauty & The Beast and Other Movie Props

Over the weekend, the Beauty and the Beast Sneak Peek at Disney’s Hollywood Studios opened to guests. 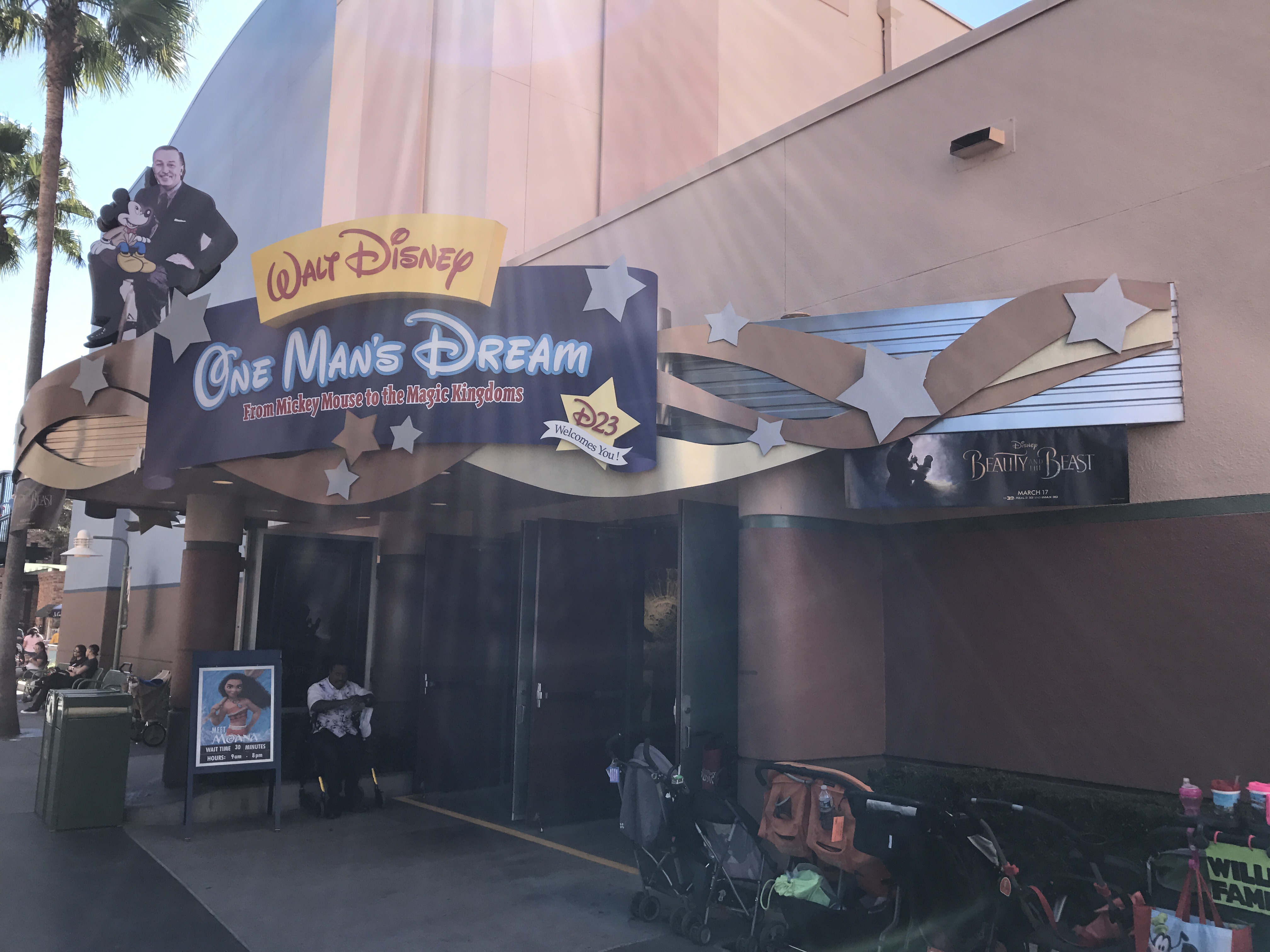 Beauty and the Beast is the latest movie preview to utilize the theater for a limited time, but this particular preview has brought about sweeping changes to the actual exhibit space. 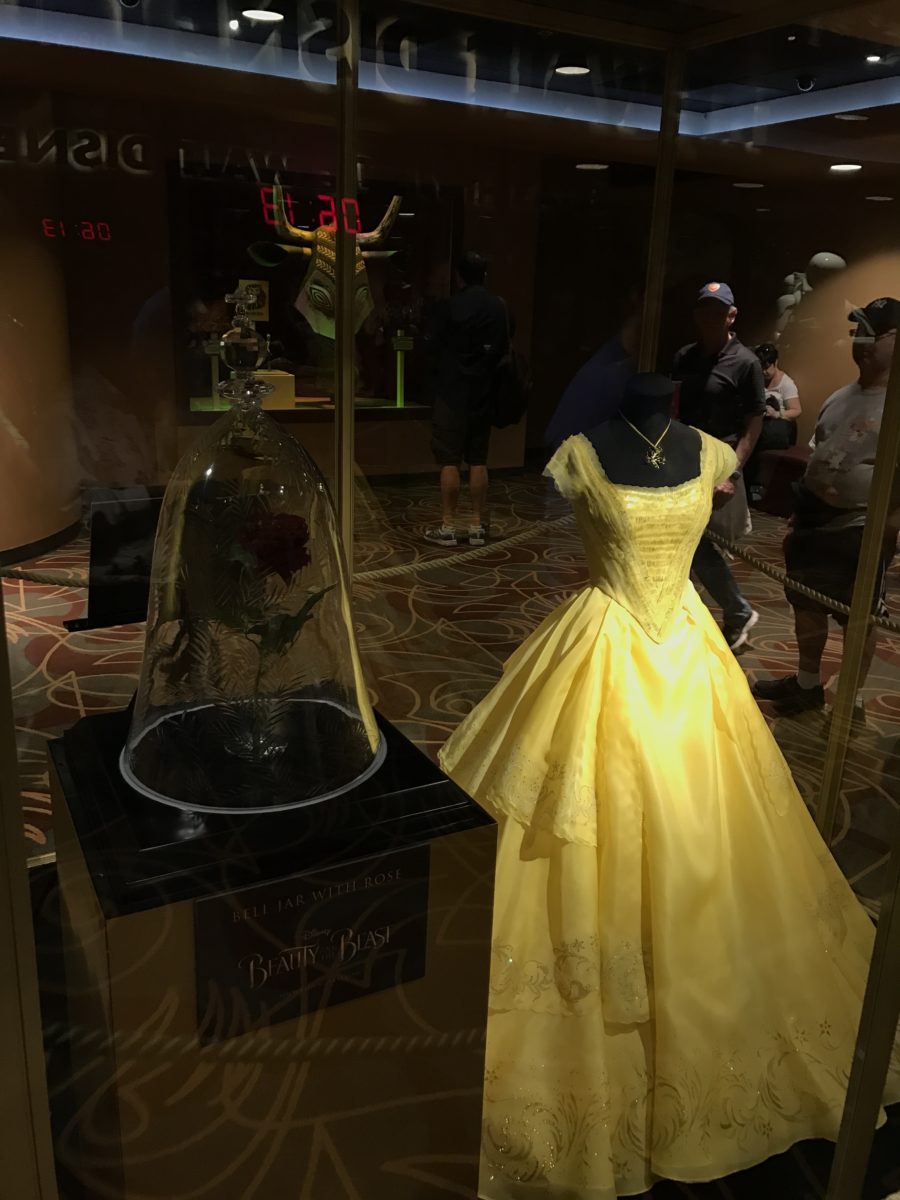 Gone are the models of Buena Vista Street, Paradise Pier, the Tree of Life, Mystic Manor, and Tokyo DisneySea, replaced with props from TV and film. 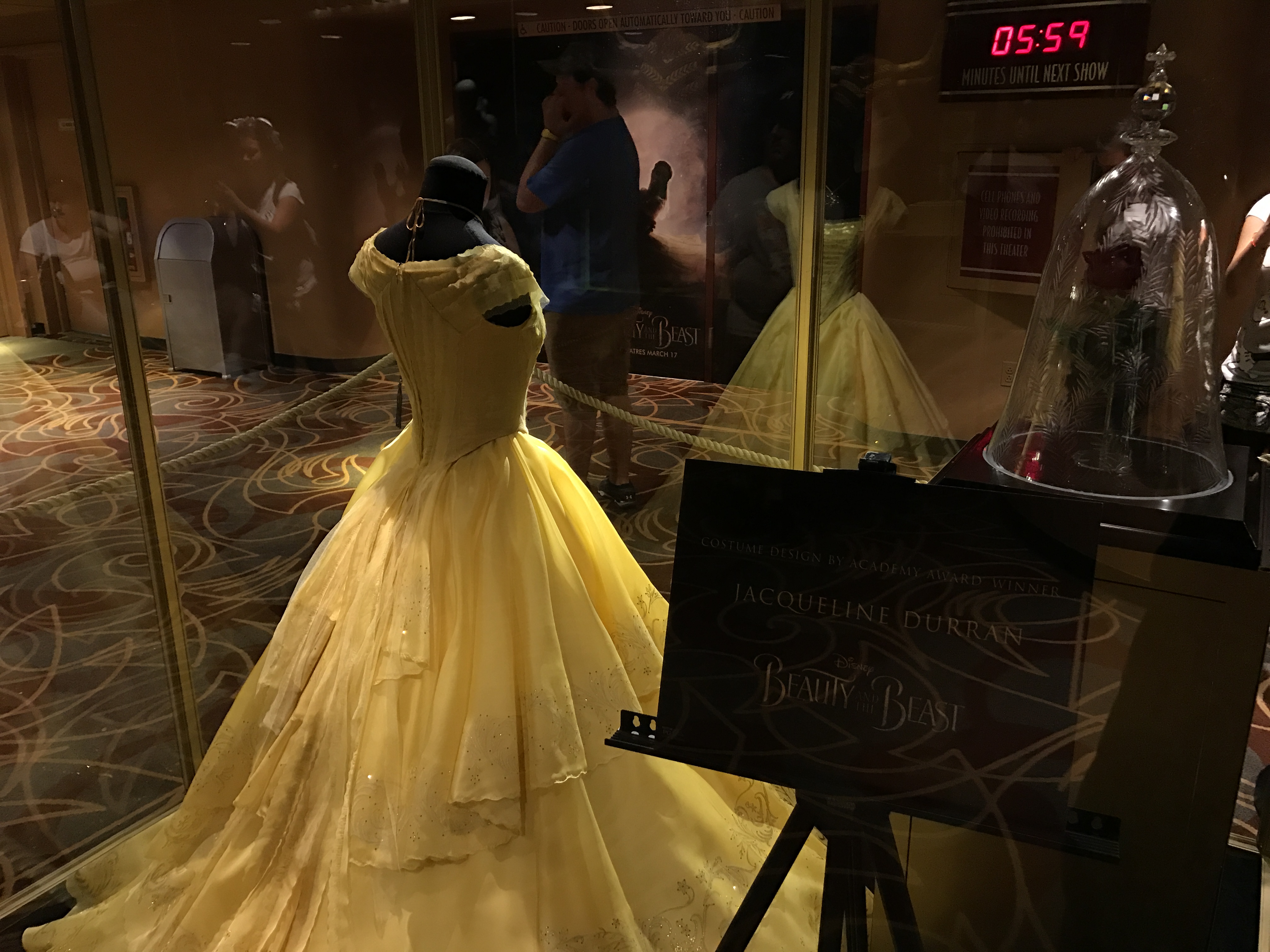 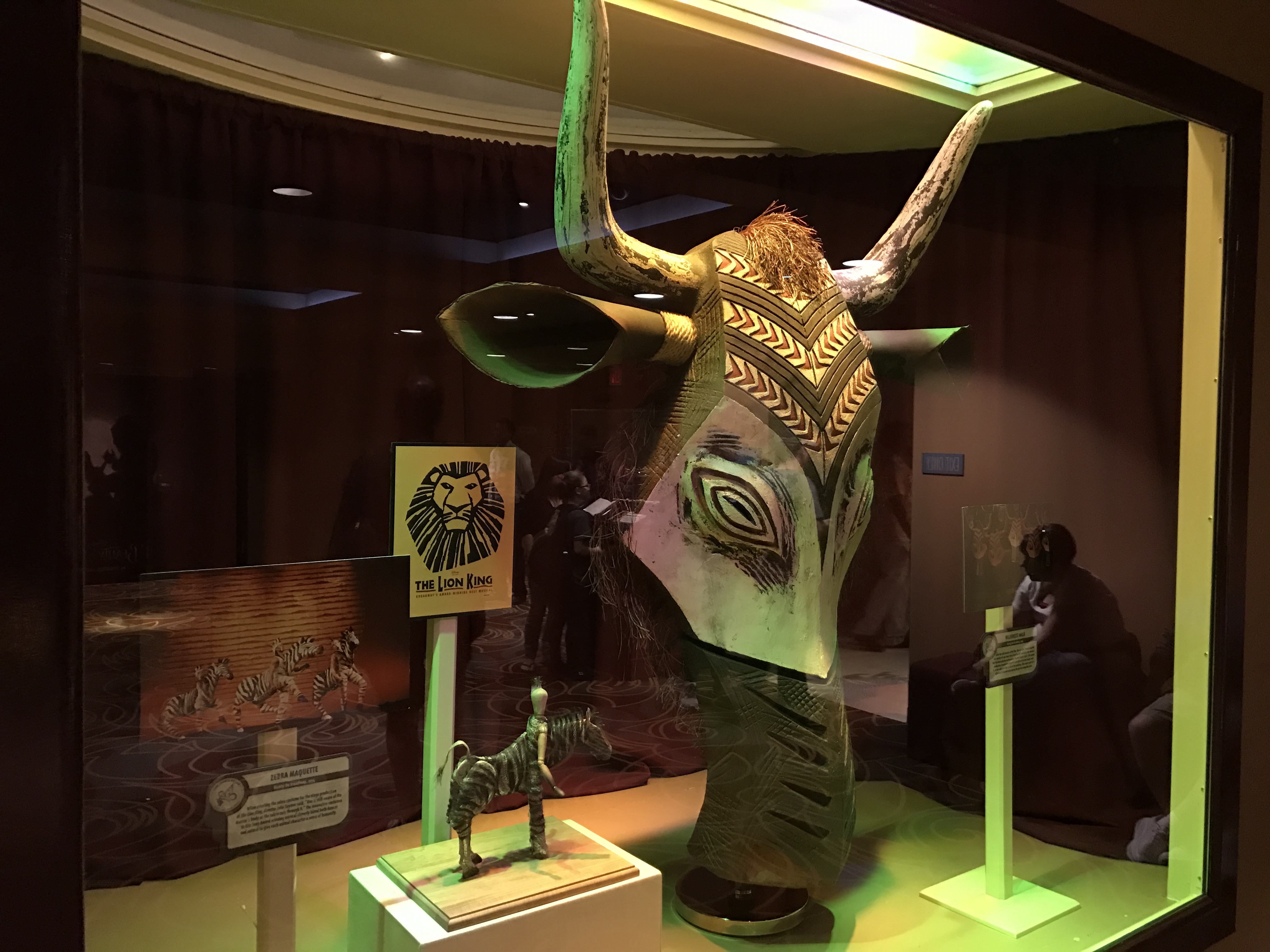 The props from The Lion King on Broadway have found a new home in the case formerly occupied by the Tree of Life. 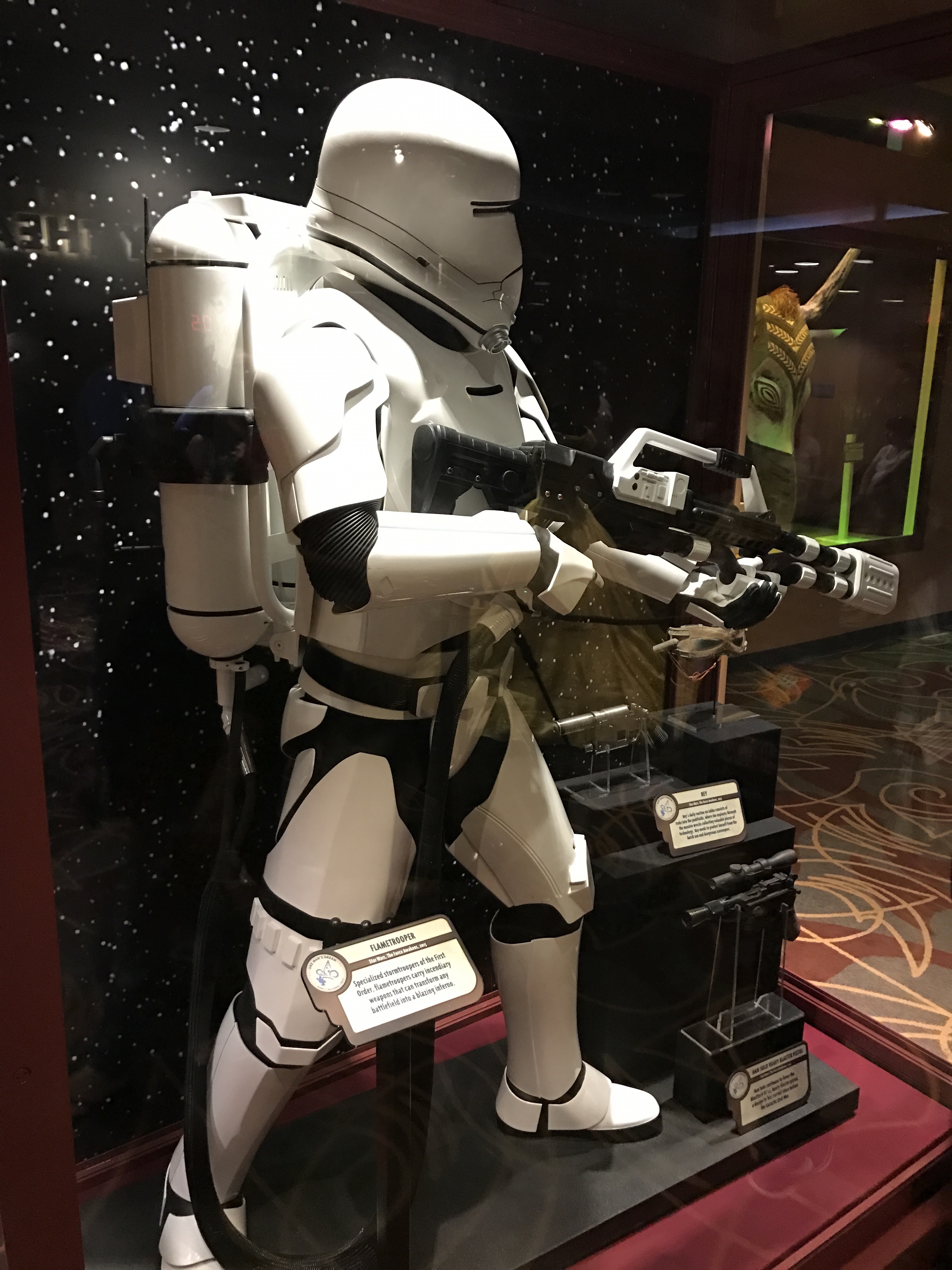 Why the world needs more Star Wars props outside of Star Wars Launch Bay is beyond me.. 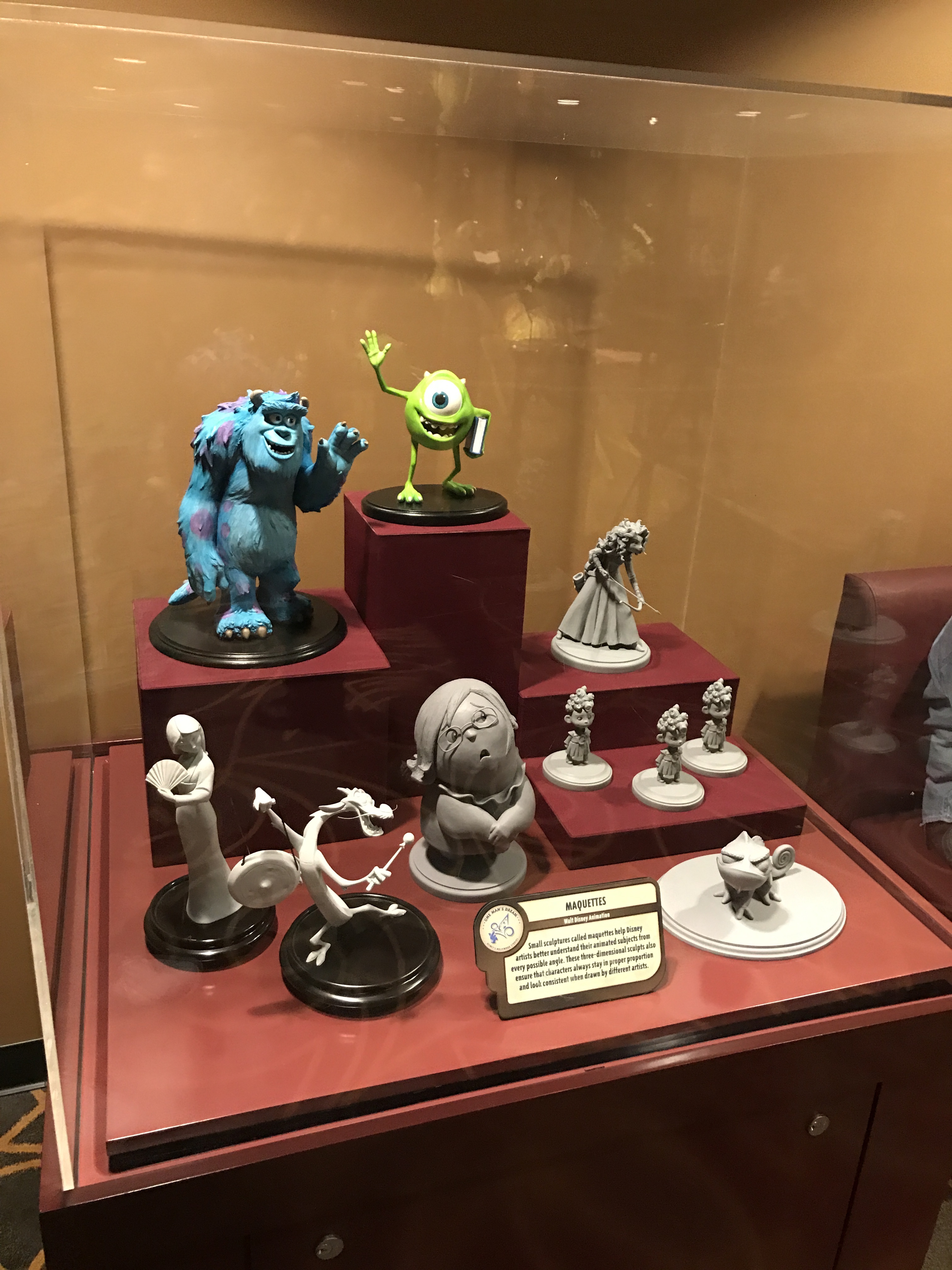 Some animation maquette can also be found here. 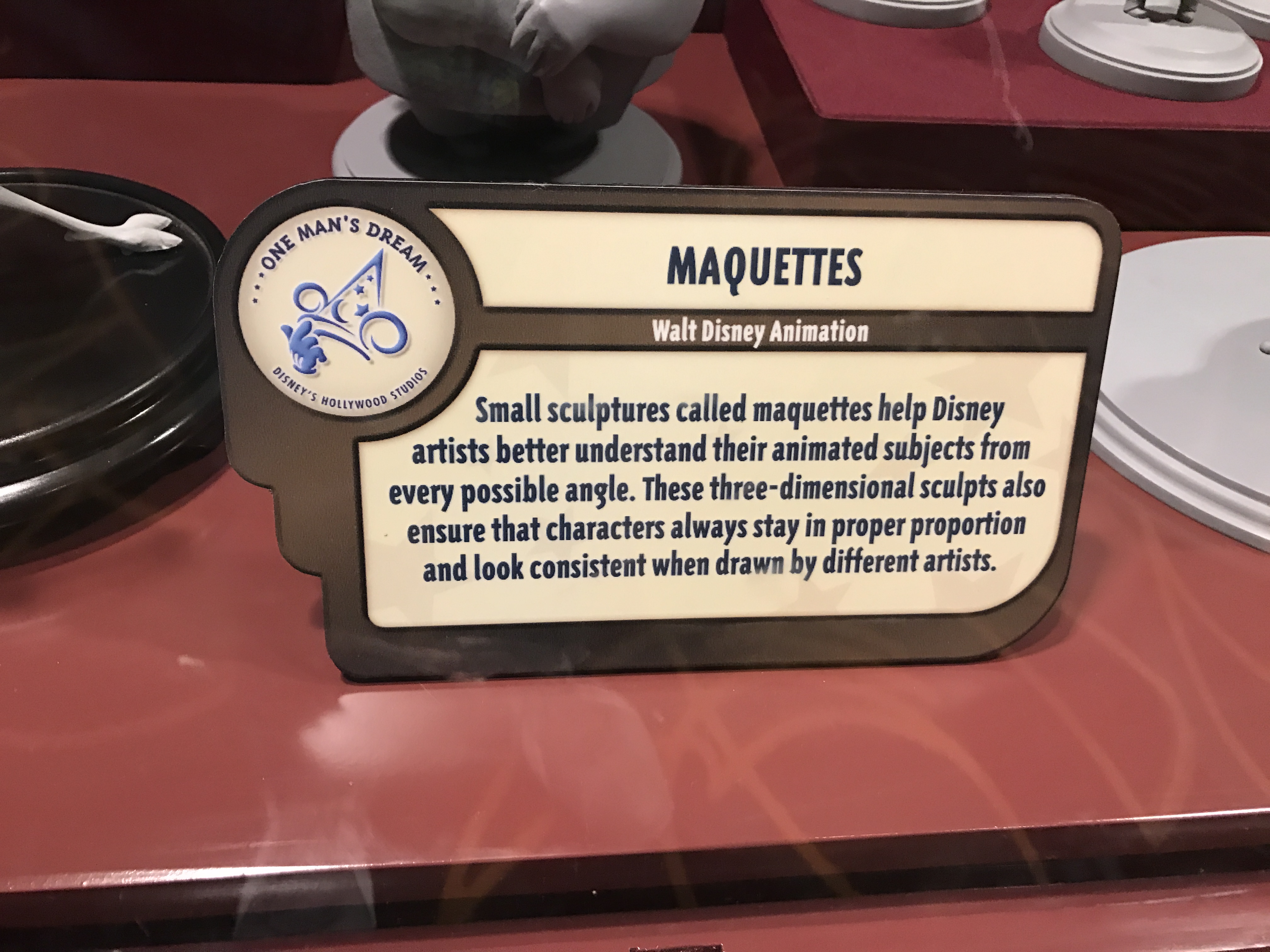 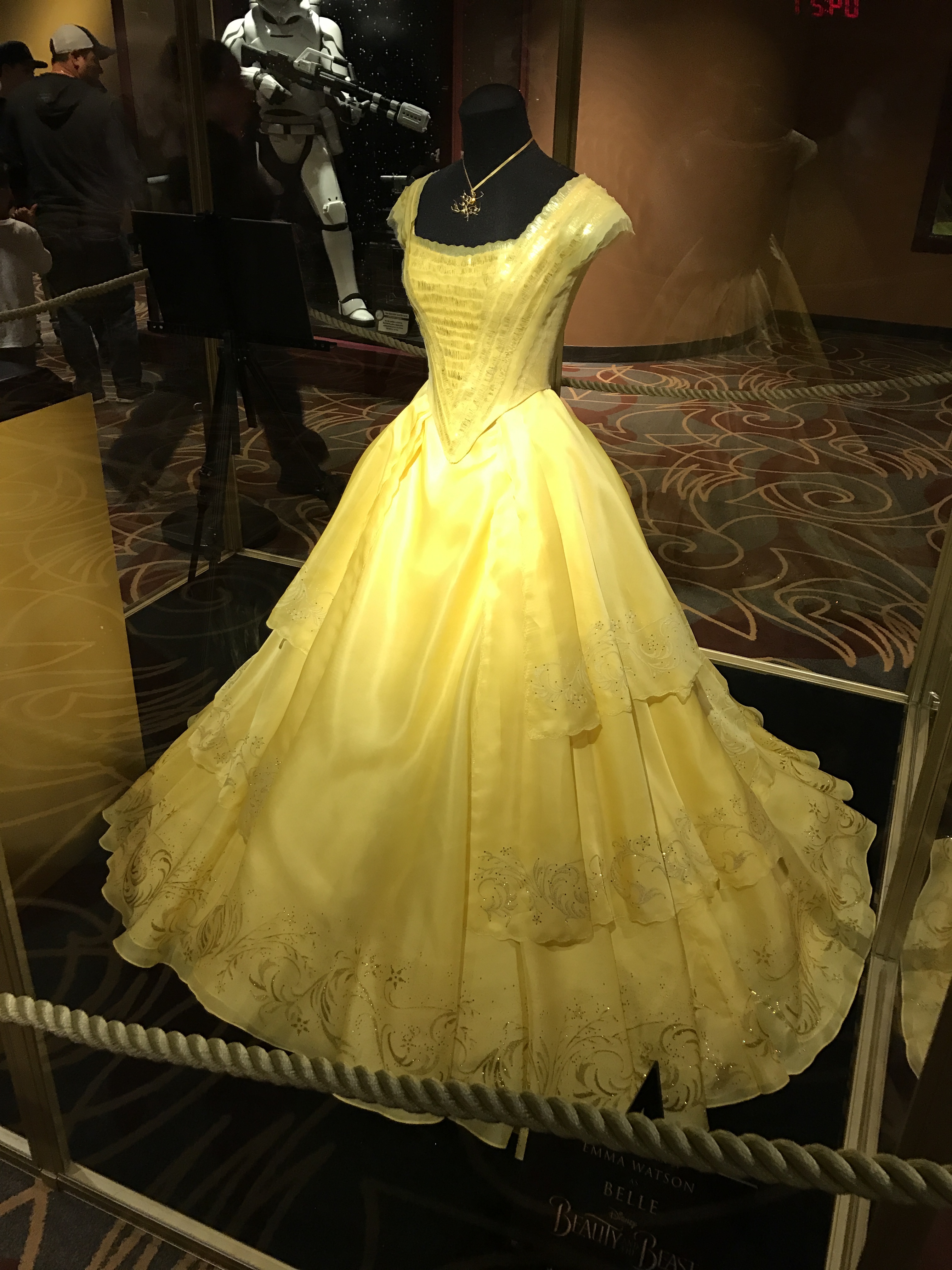 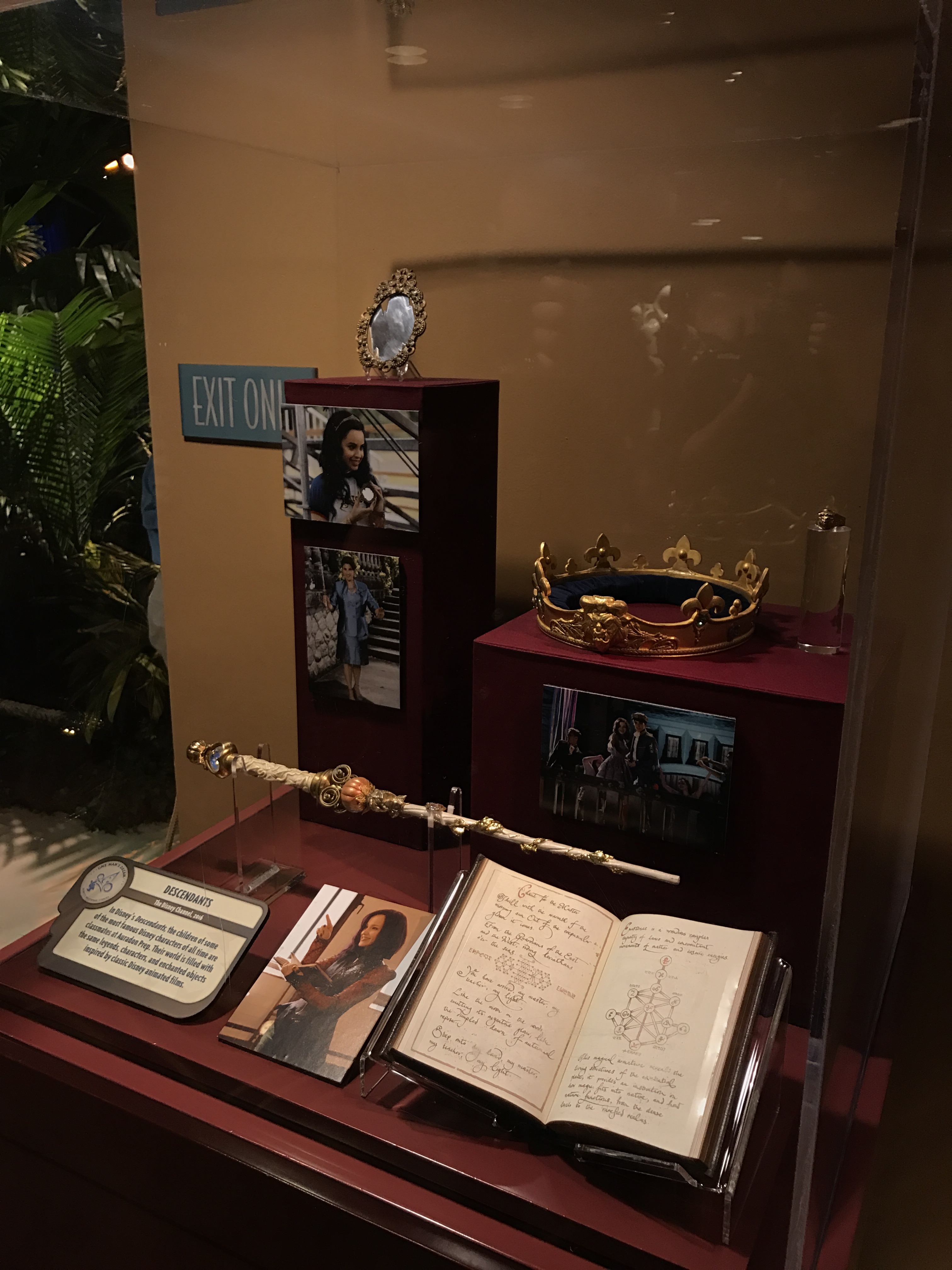 There is a res with props from Disney Channel’s Descendants. 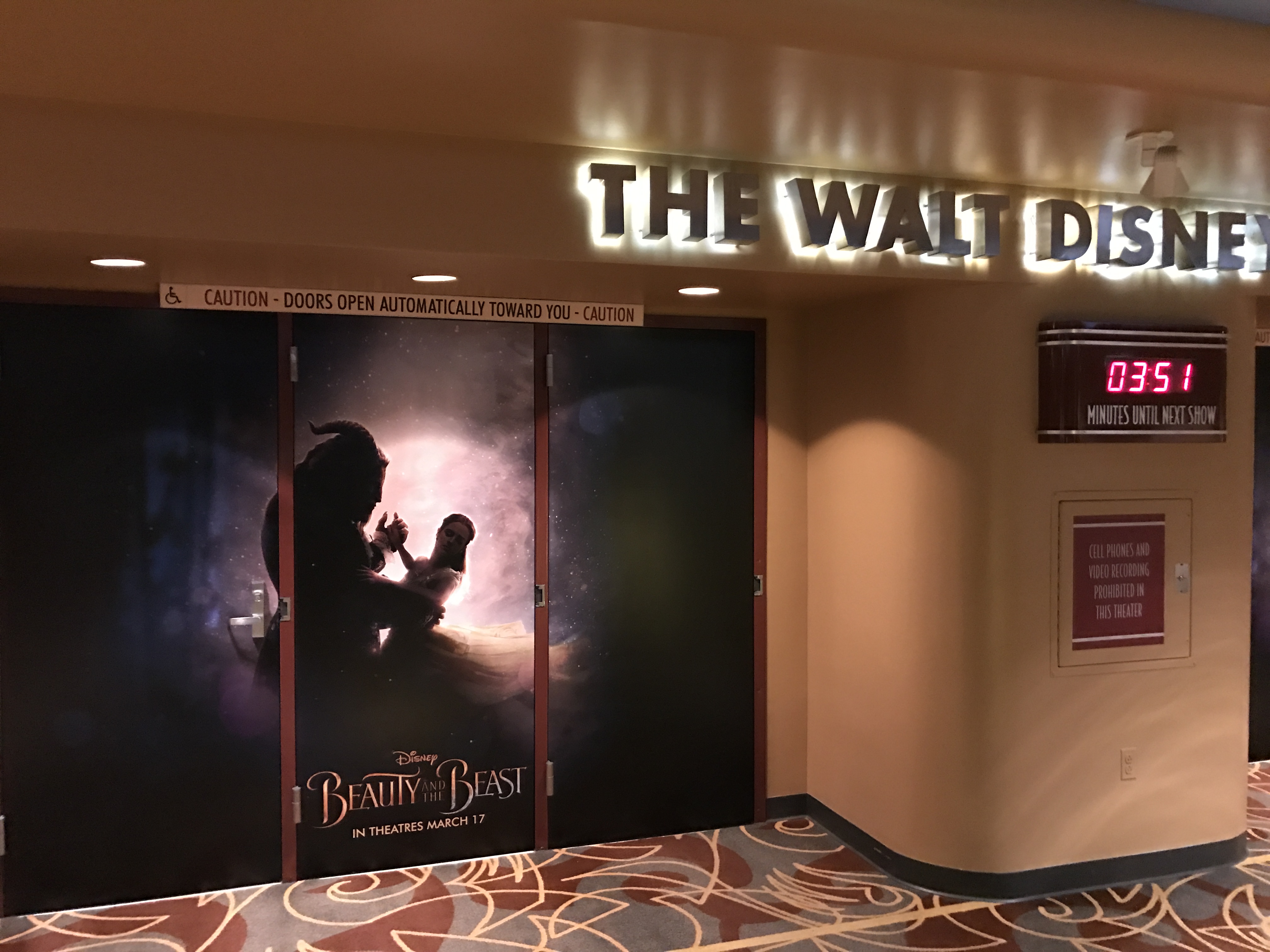 The Beauty and the Beast film preview is in the adjacent theater. 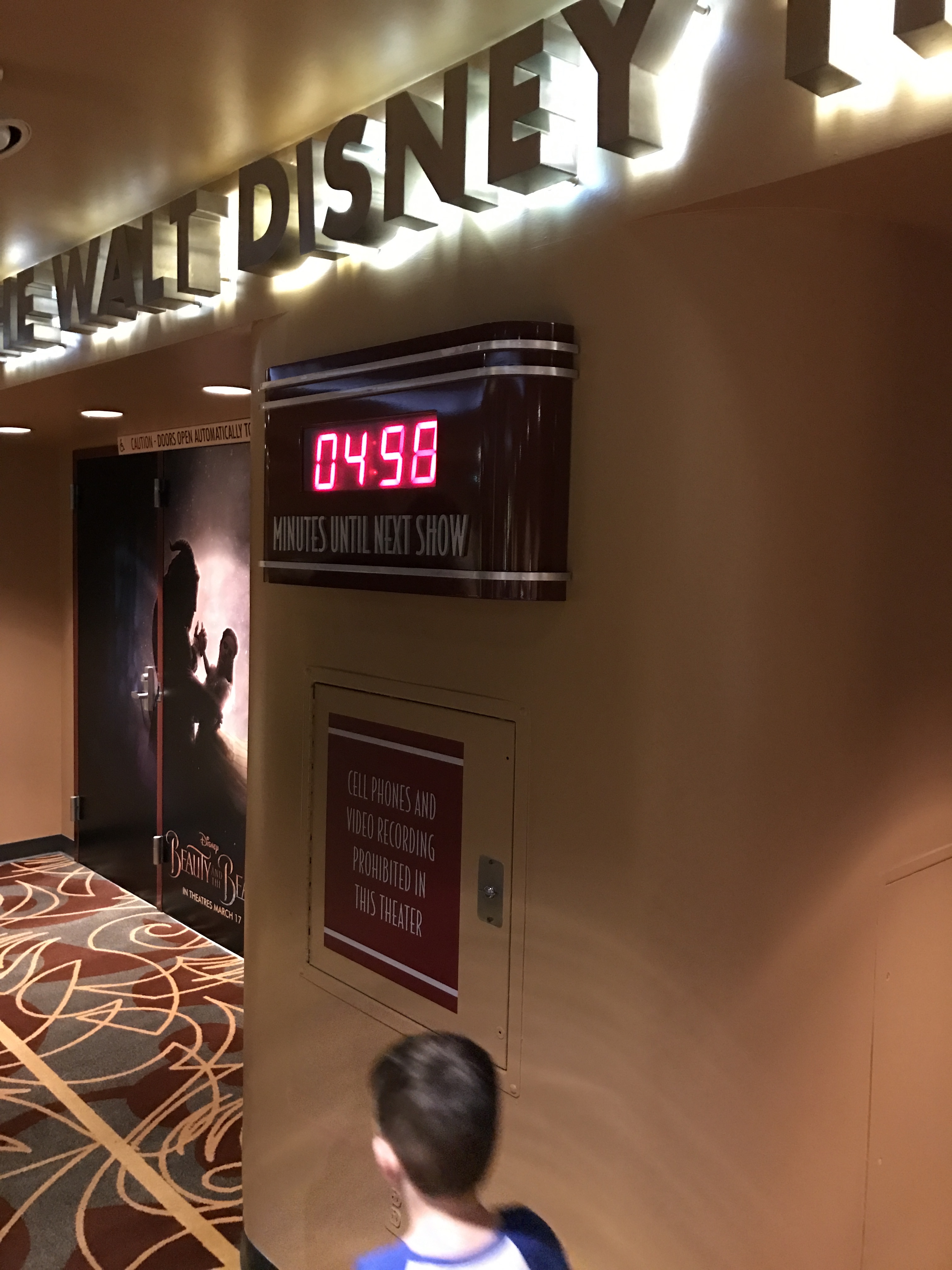 All of the signage and such was painted a new color, gone is the greenish-blue. 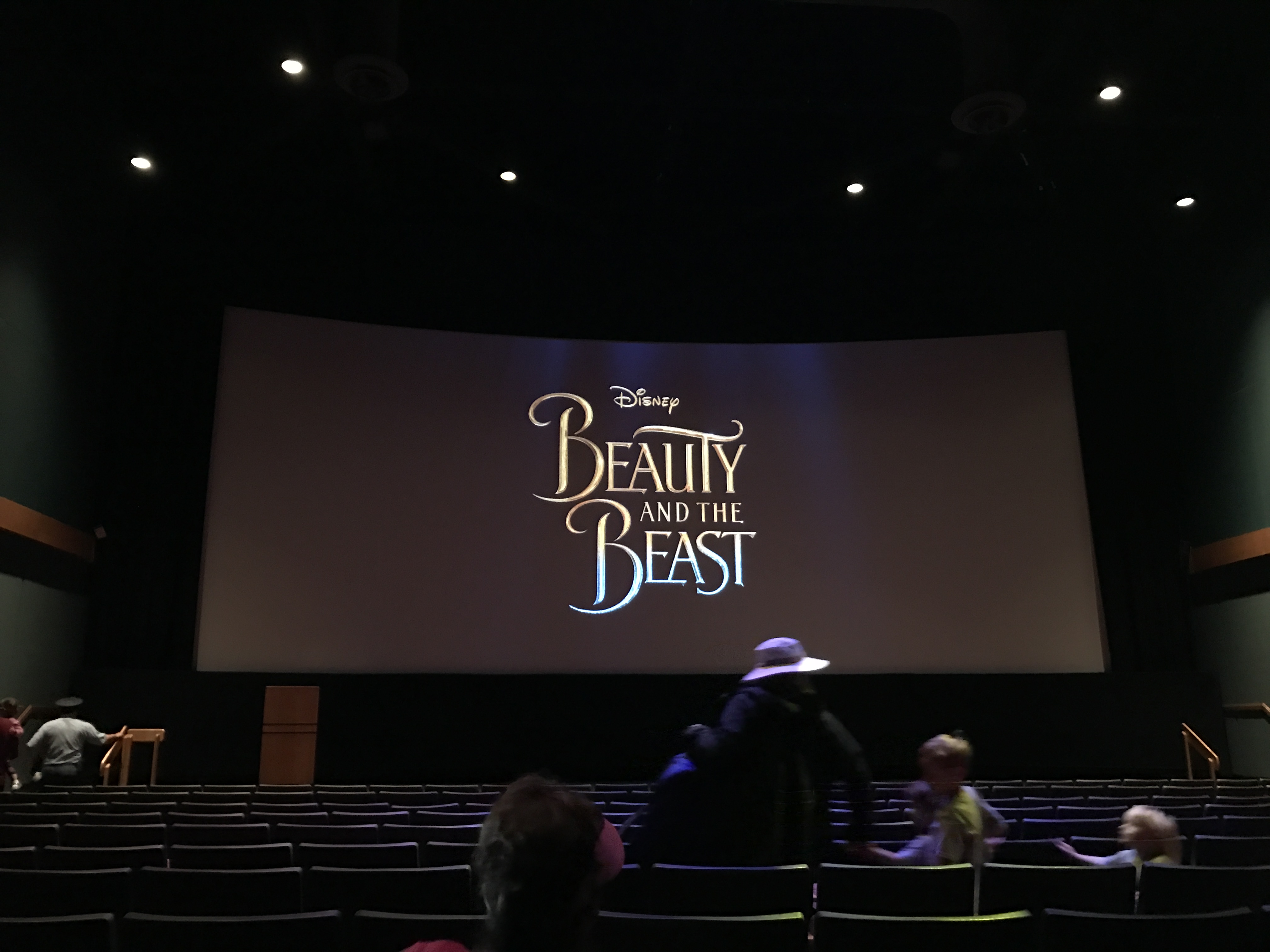 I have to say, the preview itself has me far more excited for this film than I have been. I think Disney is going to be making even more money than they thought when this hit theaters next month. The preview does feature the entire “Belle” musical number, and because of this, the theater is crawling with cast members and security personnel watching to make sure no one films it. Seriously, this is not usually a thing with these previews at Hollywood Studios, but this one is being taken very seriously.

The losses to One Man’s Dream are upsetting. While the first two-thirds of the exhibit space are still there in all their glory, gone is the theme-park-heavy finale portion of the exhibit, undoubtedly a favorite of likely everyone who reads this site. So many wonderful models and exhibit pieces about after Walt’s passing were on display, likely now gone forever. While some expect this to change after the multi-year expansion of the park is completed, I would not. The new areas of the park being added do not add any new theater space or exhibit space, so I would doubt these “meet and greets” and movie previews and props will find another home.

While the average guest will enjoy seeing a prop from their favorite film, theme parks fans won’t have as much to enjoy when now visiting Walt Disney: One Man’s Dream.