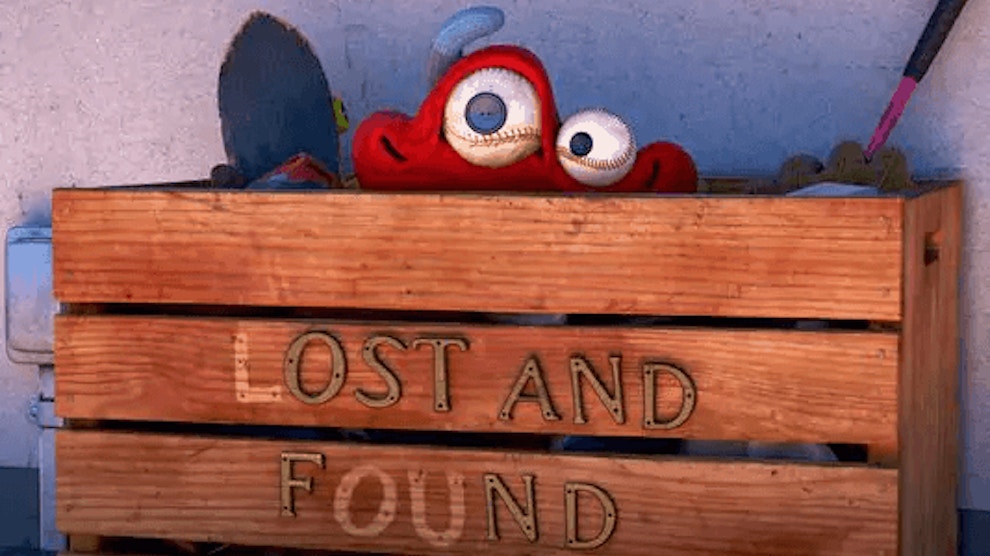 This post may contain affiliate links; please read the disclosure for more information.
0shares
Audiences across the world have learned that Pixar’s latest short, Lou, will be the lead for Cars 3 which debuts in theaters June 16th.  Lou is the debut film for director Dave Mullins whose animating credits include Finding Nemo, Up, and the Cars franchise.

Drawing emotions from his childhood, Mullins crafted the six-minute short to reflect on a time from his own life.  Growing up, he moved frequently leaving him without a sense of belonging at various points.  That trait of feeling on the outside is something both main characters deal with in the film. Produced by Dana Murray, Lou tackles the everyday subject of bullying by reaching back into the well for a tried and true delivery system: toys.

Lou centers around a watchful toy monster whose convictions seem to align with a teacher or watchful protector.  After watching the children interact on the playground and witnessing one child in particular torment his fellow classmates; the title character takes it upon himself to help not only return the items JJ has taken for himself but also to teach him a lesson or two along the way.

The film is dedicated to Mullins’ father who passed away during the film’s early development.  Several nods to his father appear in the film including a skateboard and football that live with Lou in his box.

Lou will be the 17th Pixar short to premier before a theatrical release.  Cars 3 is the first of two Pixar films to be released in 2017.  Coco is set to hit theaters on November 22, 2017 and is directed by Lee Unkrich and Adrian Molina.  This year marks just the second time Pixar will release two feature films in one year.  The first came when Inside Out and The Good Dinosaur both debuted in 2015.