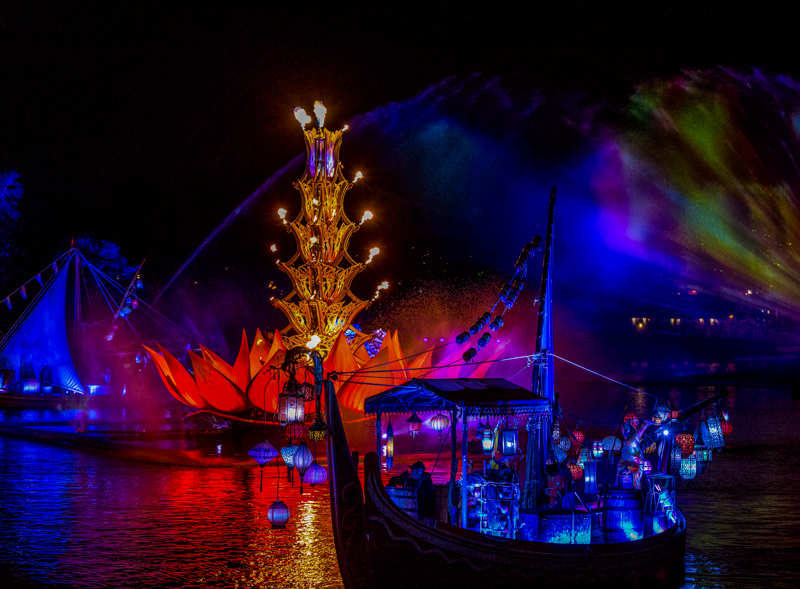 Rivers of Light at Disney’s Animal Kingdom finally performed for the public on February 10th, 2017 after 10 months of delays. So, how was it? 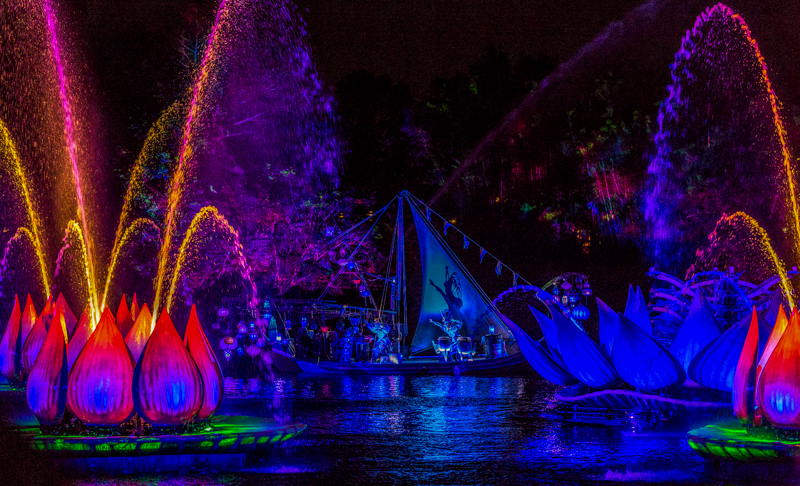 Our guest review from the cast member previews rings true, but I think that a fair amount of you reading this will find Rivers of Light at least somewhat enjoyable. There is some brilliant technology and fun music, but the whole thing sort of falls apart in the second half and the show indeed lacks a big finale like every other nighttime show at Disney Parks. If you have never seen World of Color at Disney’s California Adventure, a lot of the technology in this show should be new to you, making for some true “wow” moments. There are scenes of brilliance that make the show worth at least one watch for any guest, but it will probably lack the repeatability of many other nighttime spectaculars, at least in its current form.

The pre-show is fantastic, yet subtle. The lotus blossoms slowly roll in once the Tree of Life illuminates about 15 minutes before showtime, and the trees in the background of the show slowly come to life. Every now and then, one of the animals from the lantern floats makes it way through the background projections in shadow form, a brilliant and subtle foreshadowing of what is to come. 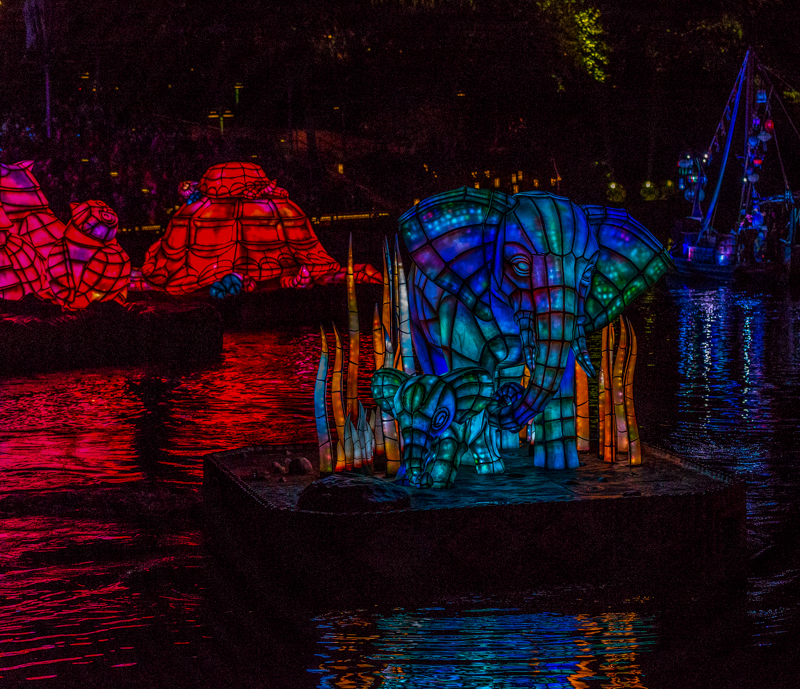 The show starts and the opening is everything I could have ever wanted the show to be. The entire theater quickly comes to life in a celebratory atmosphere for the arrival of the animal floats. The entrance of the animal lantern floats is beyond magnificent, and the way they exit this scene is even more inventive. The portion that follows with the lotus blossoms shooting water into the air is also fun, but then all of that stops. 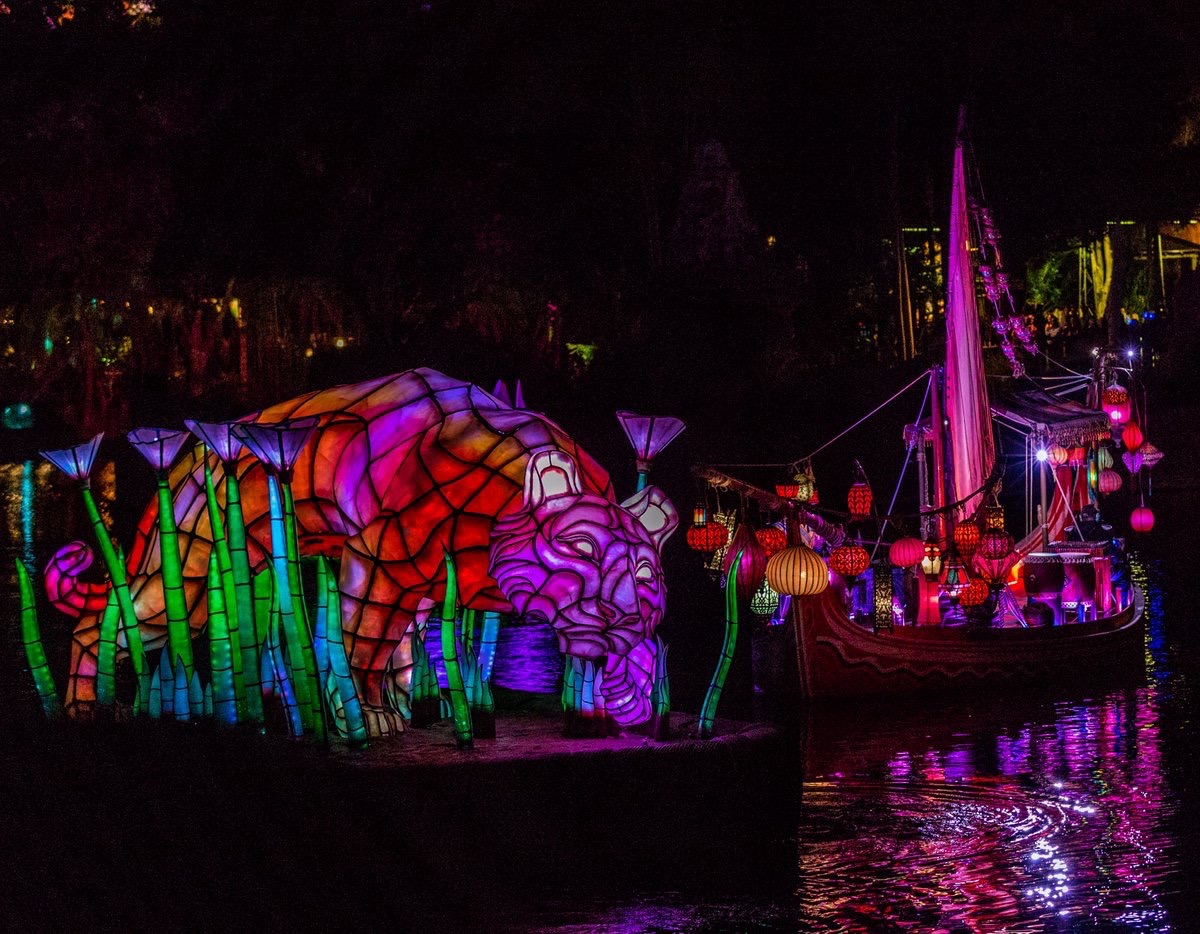 Despite the “We Are One” song being fantastic (it’s going to be one off those catchy Disney songs that stays with you forever), the show loses its narrative and completely falls apart at this point. It sort of turns into an animal clip show on the projection mist screens, followed by a finale that lacks absolutely any bigger effects than the rest of the show. The big payoff piece in the large lotus blossom (featuring a fire effect) just isn’t impressive and leaves guests wondering if the show is actually over. The second half of this show is such a shame, especially after the artful execution of the first half. This is where you can tell something is missing and also that the show was hacked to death creatively over time.

The good news is given the nature of these shows, fixing it or adding new segments is fairly simple. Rivers of Light in its current form is a solid foundation that I do not doubt can grow over time into something just as epic and powerful as any other nighttime show. 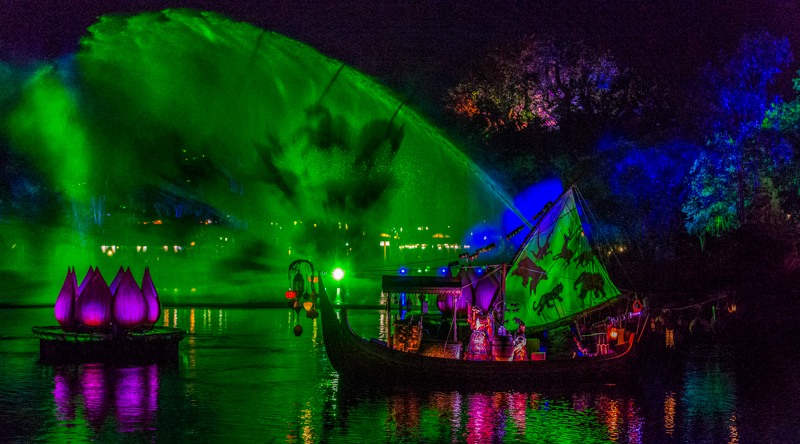 Rivers of Light isn’t perfect, but I don’t think it’s a waste of your time either. A dining package may be a little overkill, but I would recommend a FastPass+ reservation. With the nature of the soft opening, I am not quite willing to provide any strategies for seeing the show just yet, but I will write up a separate post once I have tried a few different ways of viewing it and have seen it from a wide array of vantage points.

Rivers of Light from WDWNTube on Vimeo.

In the meantime, preview shows are taking place on a regular basis between now and the official debut February 17th, so be sure to check in the morning around 9am if you’re looking for a FastPass+ for one of these early showings.

Special thanks to Josh of EasyWDW.com for the use of his photos.

Next
VIDEO: Debut Performance of Rivers of Light at Disney’s Animal Kingdom