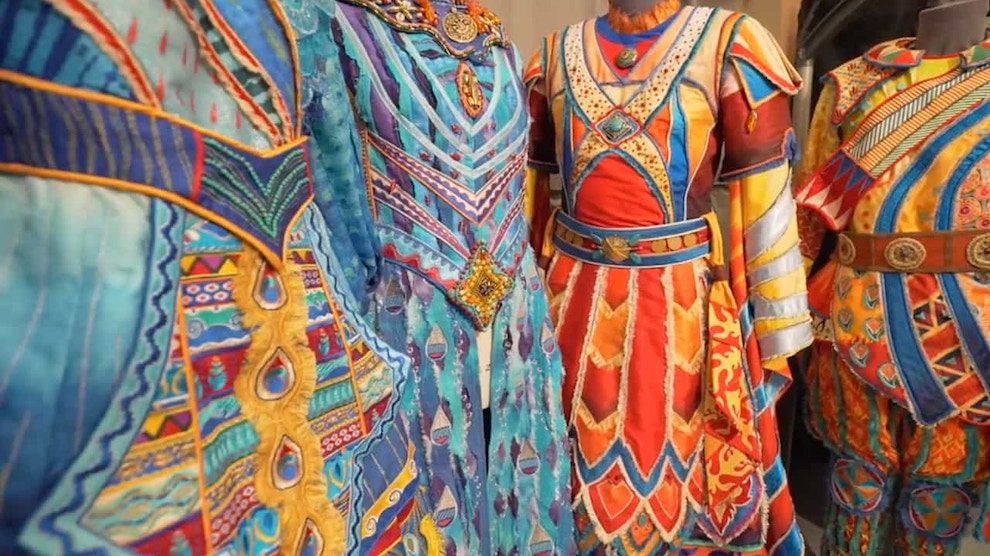 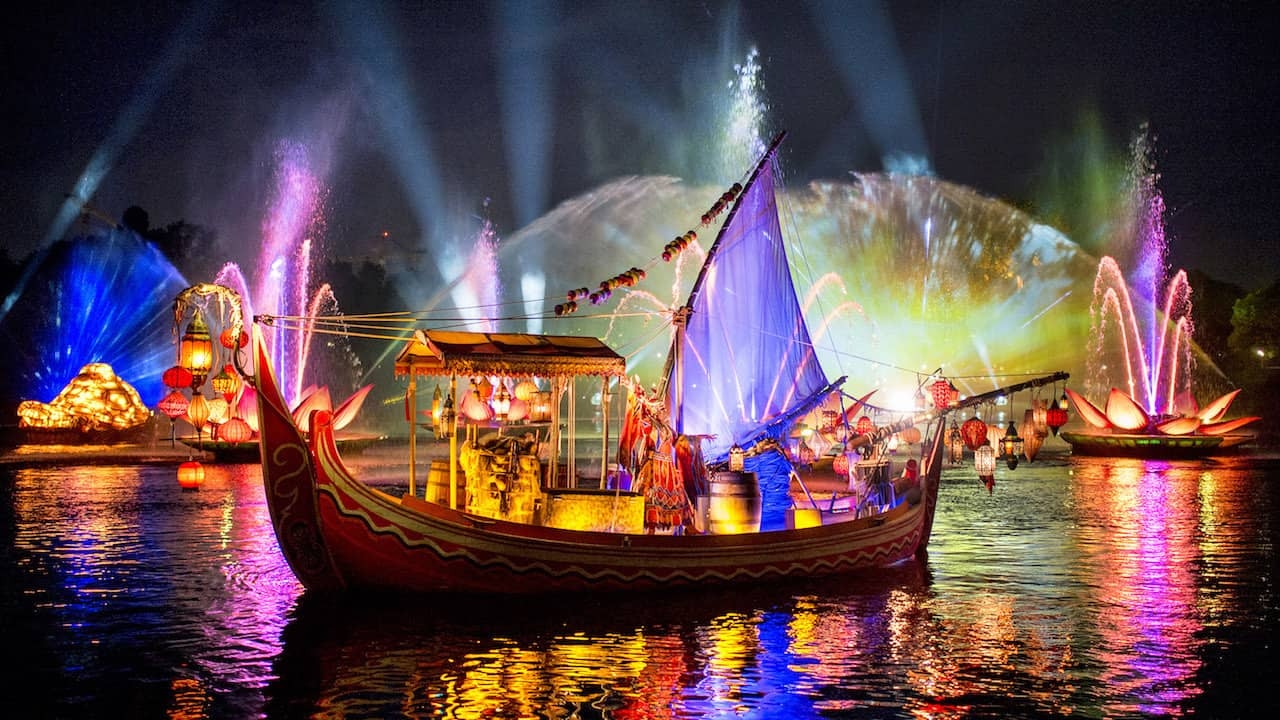 Rivers of Light is Disney’s new ‘kiss goodnight’ at Animal Kingdom and features stunning water projections, an array of colors, a fantastic musical score, and even some live actors to help effectively portray the magic and story to audiences. Recently, Disney released an exclusive behind-the-scenes look at how the intricately designed costumes were created for this one-of-a-kind show. There are 4 unique costumes, each representing the different elements of earth, fire, water, and air. Disney Imagineering Creative Entertainment has collaborated with New York costume designer Irina Kruzhilina produced these wonderful costumes that reflect Native American, European, and Far Eastern cultures. From the Disney Parks Blog, here is the video behind the scenes look:

Each costume is so complex that they required 81 different embroidery motifs, 180 different fabrics, and more than 250 different beads. On top of that, they also used ancient weaving techniques, and ancient dying techniques to make this look top notch as if an Indian tribesman made it themselves. Rivers of Light officially debuts tonight, February 17th, 2017.