Welcome to the another edition of Tom’s Top 7, a continuing countdown of my favorite (and occasionally, least favorite) things at the Disney Parks around the globe. Why seven? Because Bill McKim said so!

Anyway, with the Epcot International Flower and Garden Festival for 2017 now underway, I decided it would be fun to talk about what you should be eating from the 15 collective outdoor kitchens that will be inhabiting the park for the next few weeks. I managed to eat and drink every single new offering from the Festival this year, so let’s talk about what I think are the seven brand new dishes you can’t miss if you’ll be dining your way around the world this Spring. 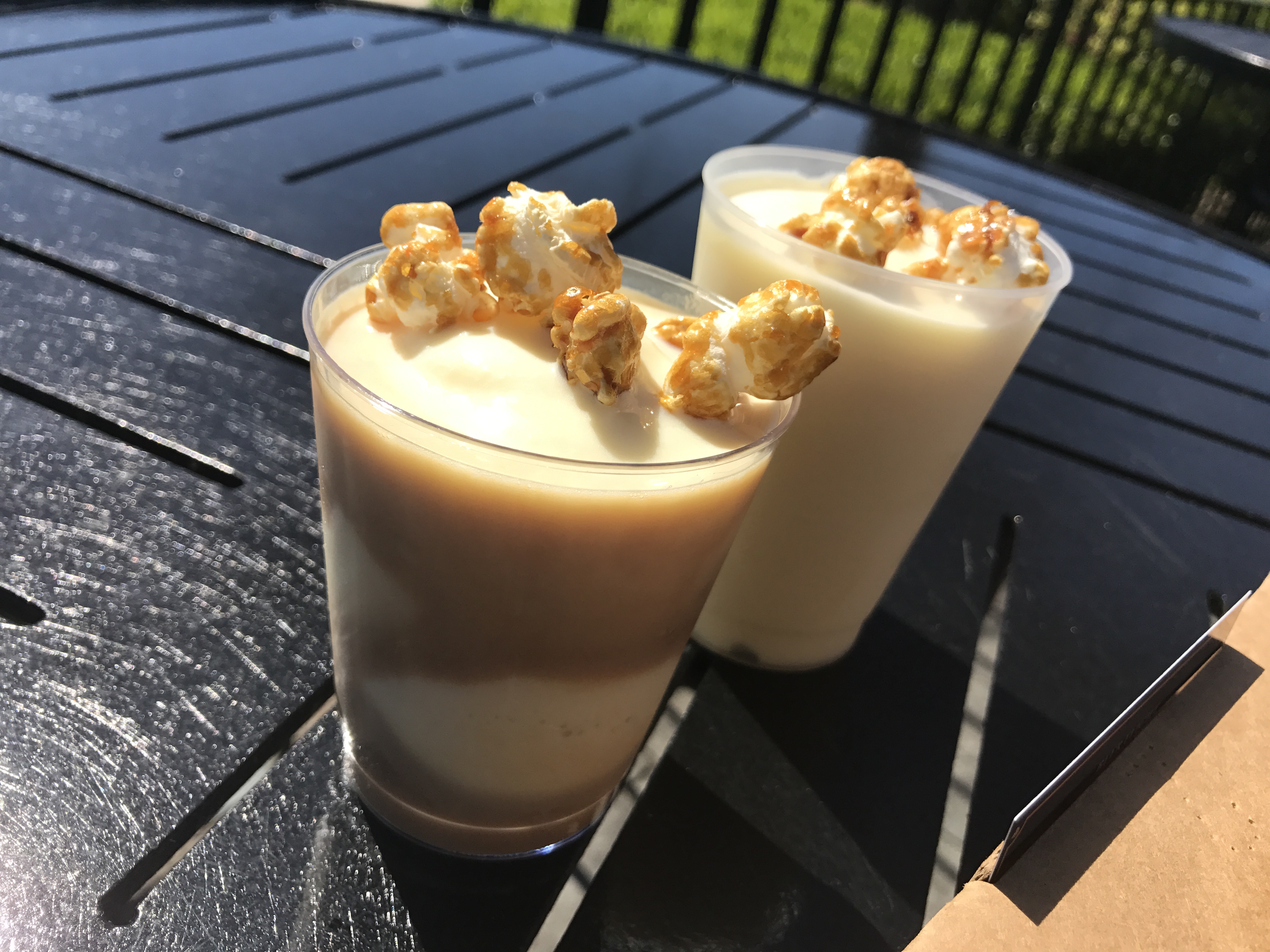 While not a dish, this is my favorite thing we had this year, and maybe in any year of the Flower and Garden Festival. Served with Tap 357 Maple Rye Whiskey, the concoction is pure perfection, offering a maple ice cream flavor with a nice enough portion of the whiskey. Let the caramel corn sit in and soak up the drink before you eat them, because a whiskey and ice cream soaked bite is unbelievably good.

There is also a nonalcoholic version, seen behind this one. Believe it or not, it’s also pretty good and a nice way for the children and those who won’t partake in such drinks to enjoy this. 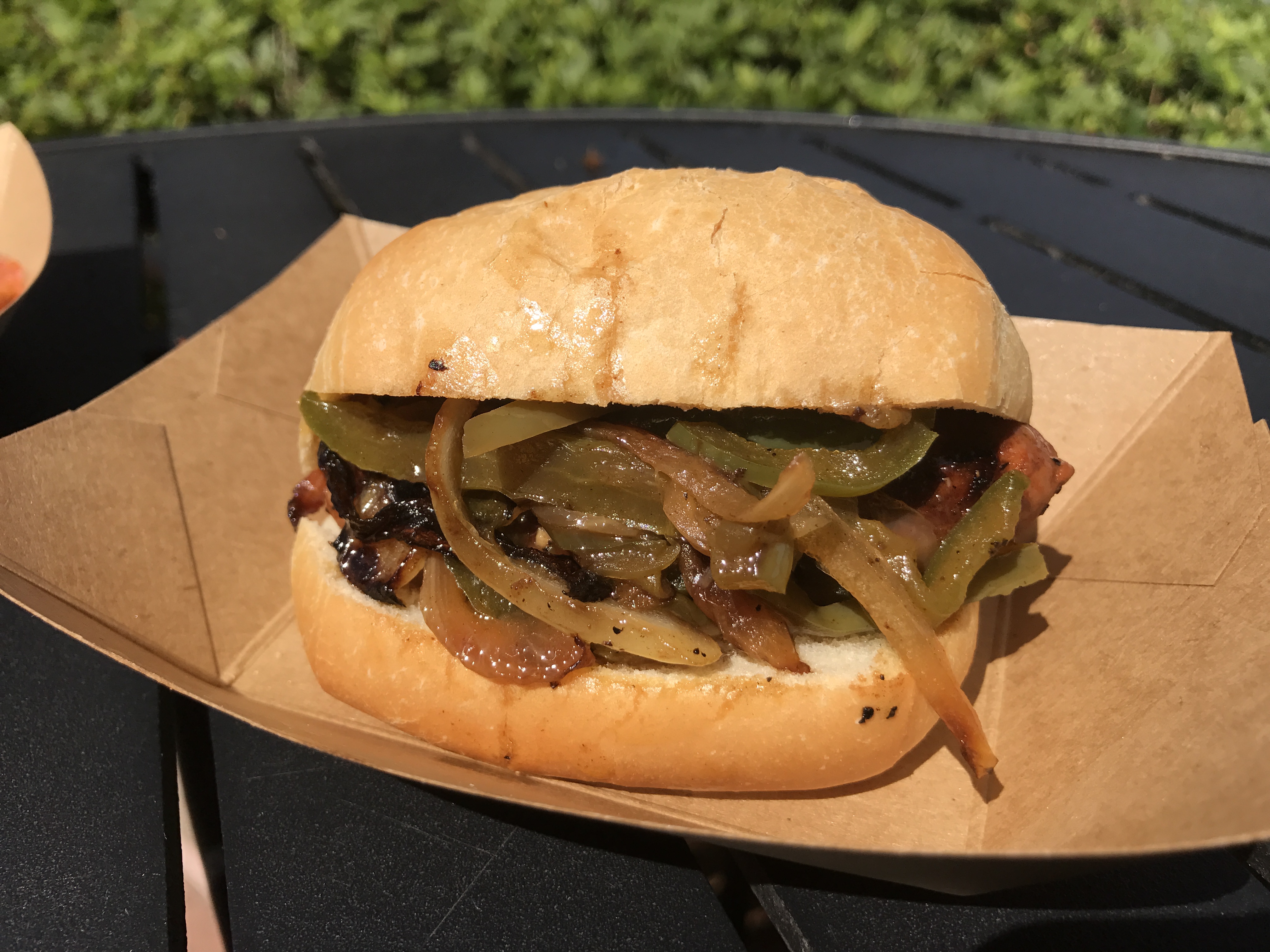 Not really the most Moroccan dish, this one is probably more akin to something you would have at a baseball game. That being said, the bun is fresh, and the peppers and the beef & lamb link pack a nice spicy flavor. I will be back for this one, for sure. 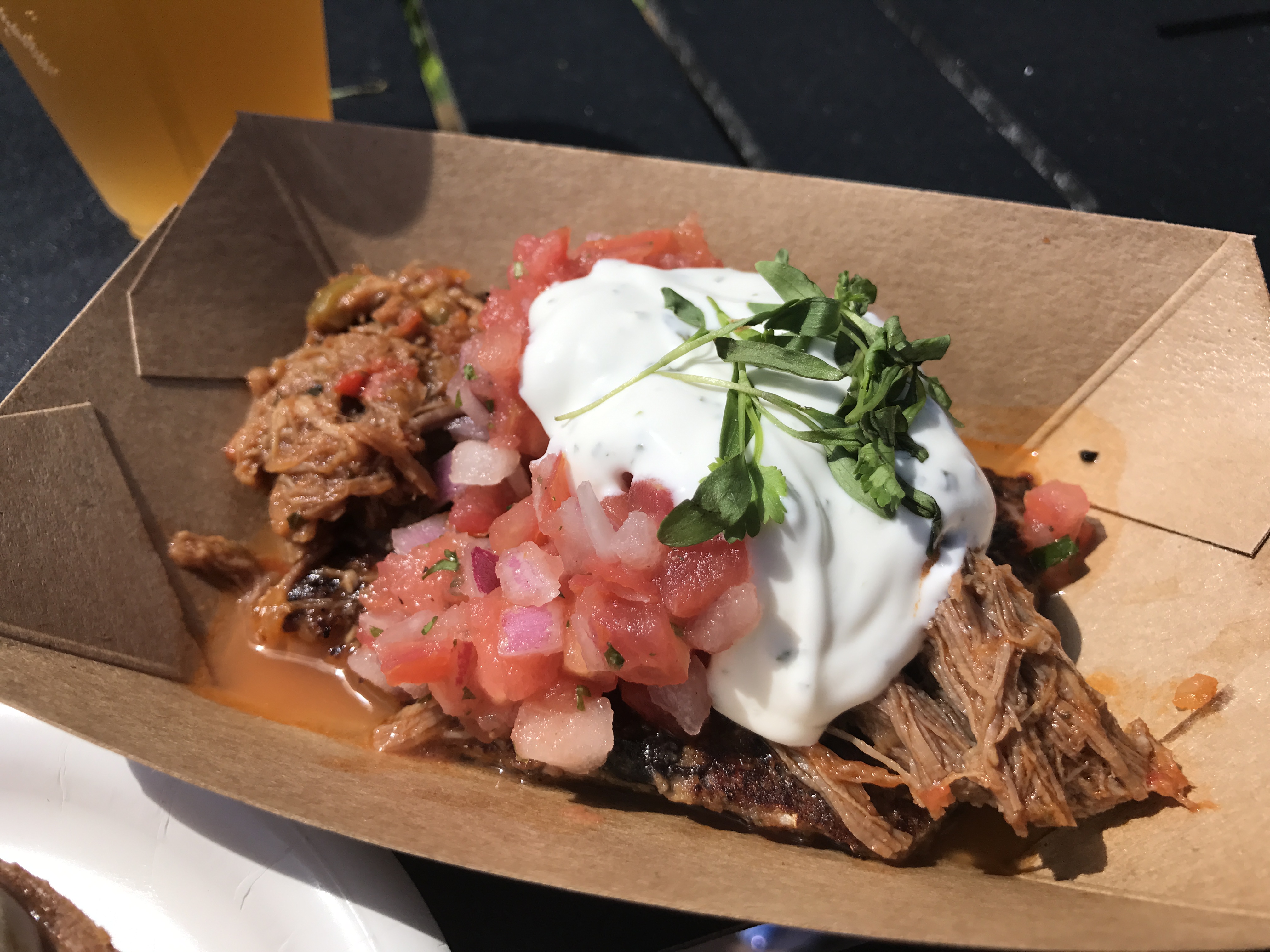 The Carne Asada from Florida Fresh is very quickly becoming the favorite of festival. The black bean cake underneath and cilantro lime sour cream accompany it nicely, adding to the flavor of the well-prepared meat. You would probably expect something like this out of the Mexico booth, but we all know how that usually goes… 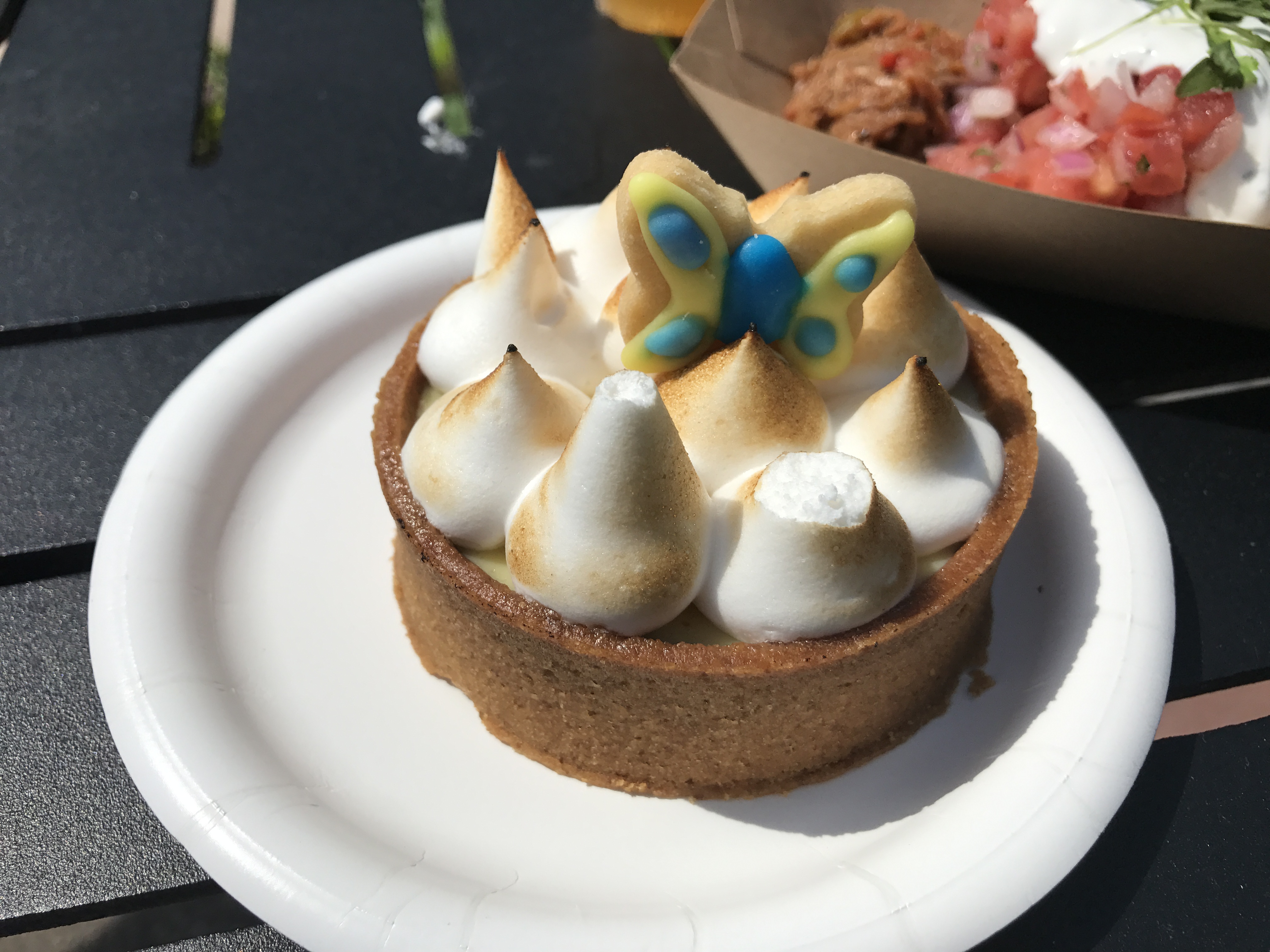 The last time I said that I don’t usually like Key Lime flavoring, I got yelled at in the comments, but I’m going to remind everyone anyway. That being said, this was amazing. The portion size is what you would get from a full-price pastry at any WDW bakery and the flavor and presentation matches (at least before Josh hit it with a cup). If you get one dessert at the event that isn’t the returning Whiskey Cake, this should be it. 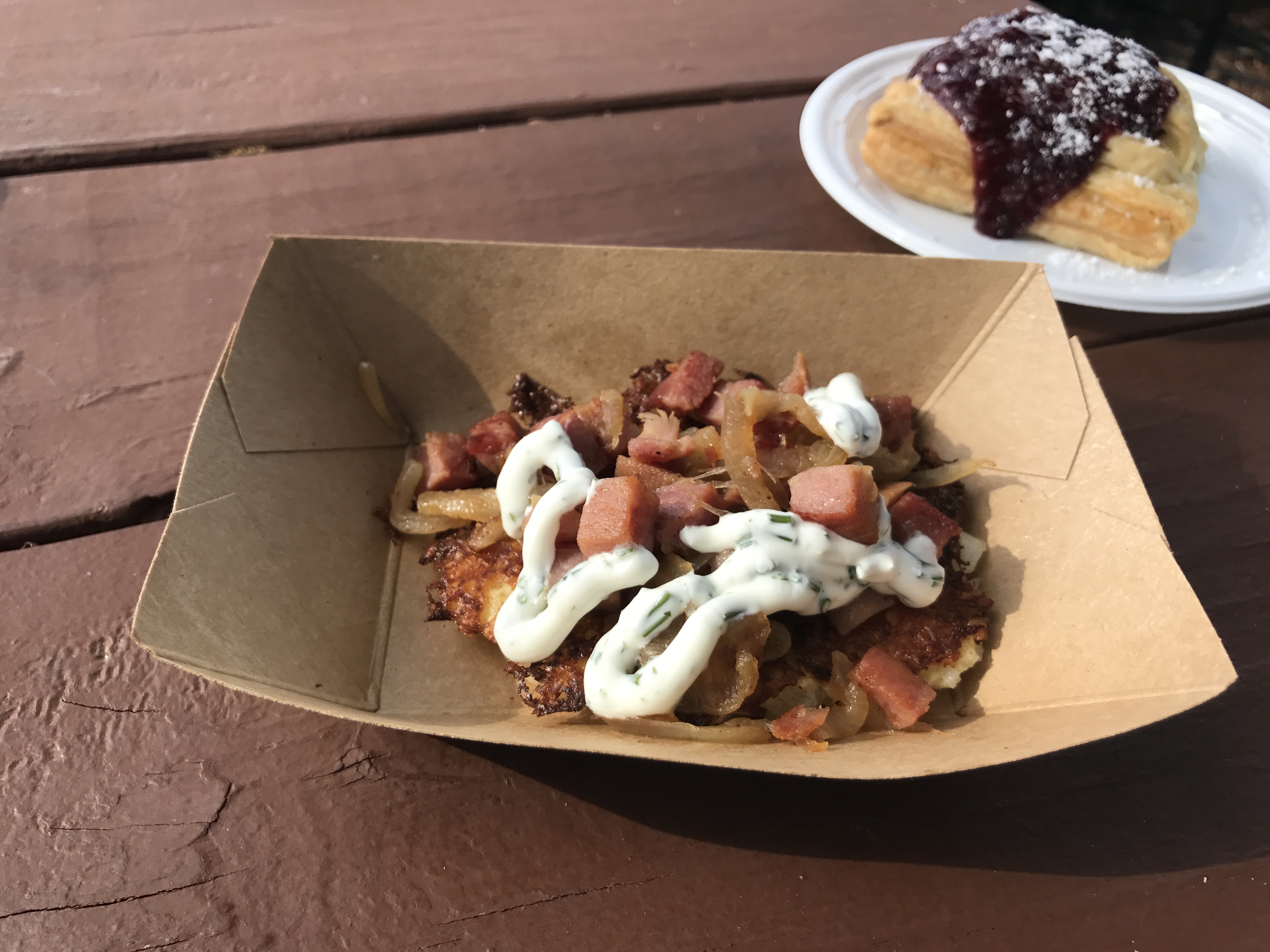 There are two potato pancakes at this booth, but stay away from the apple sauce version of this. This potato pancake topped with carmelized ham, onions, and herb sour cream is really solid and a great value (as far as Epcot festivals go) at just $4.25. 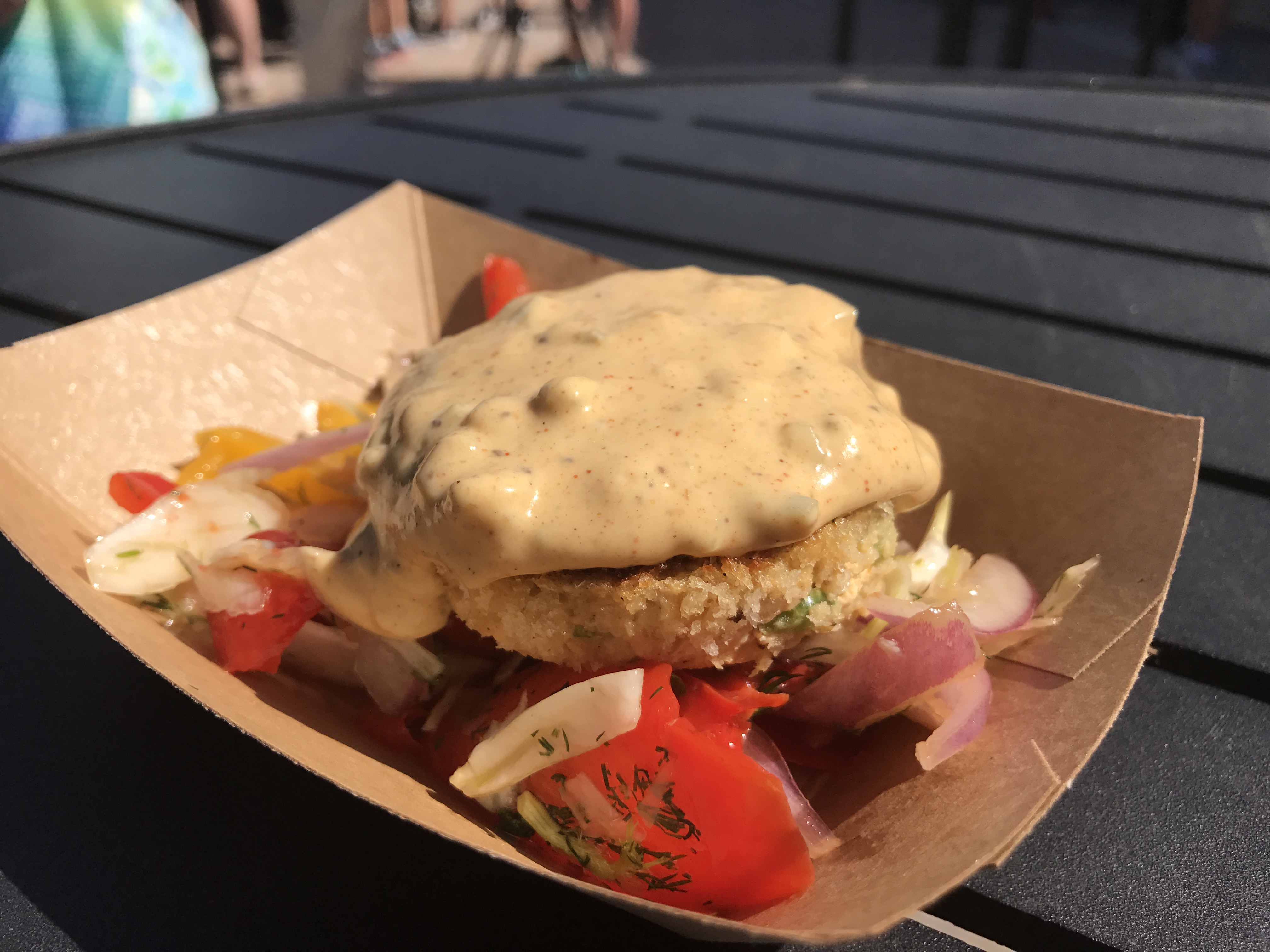 Vegetarian or Vegan dishes usually aren’t my thing, but this crabless crab cake is a real winner. The Old Bay Remoulade sauce is what makes it, but I thought the cake itself was of a good quality. The vegetable slaw was tasty as well. 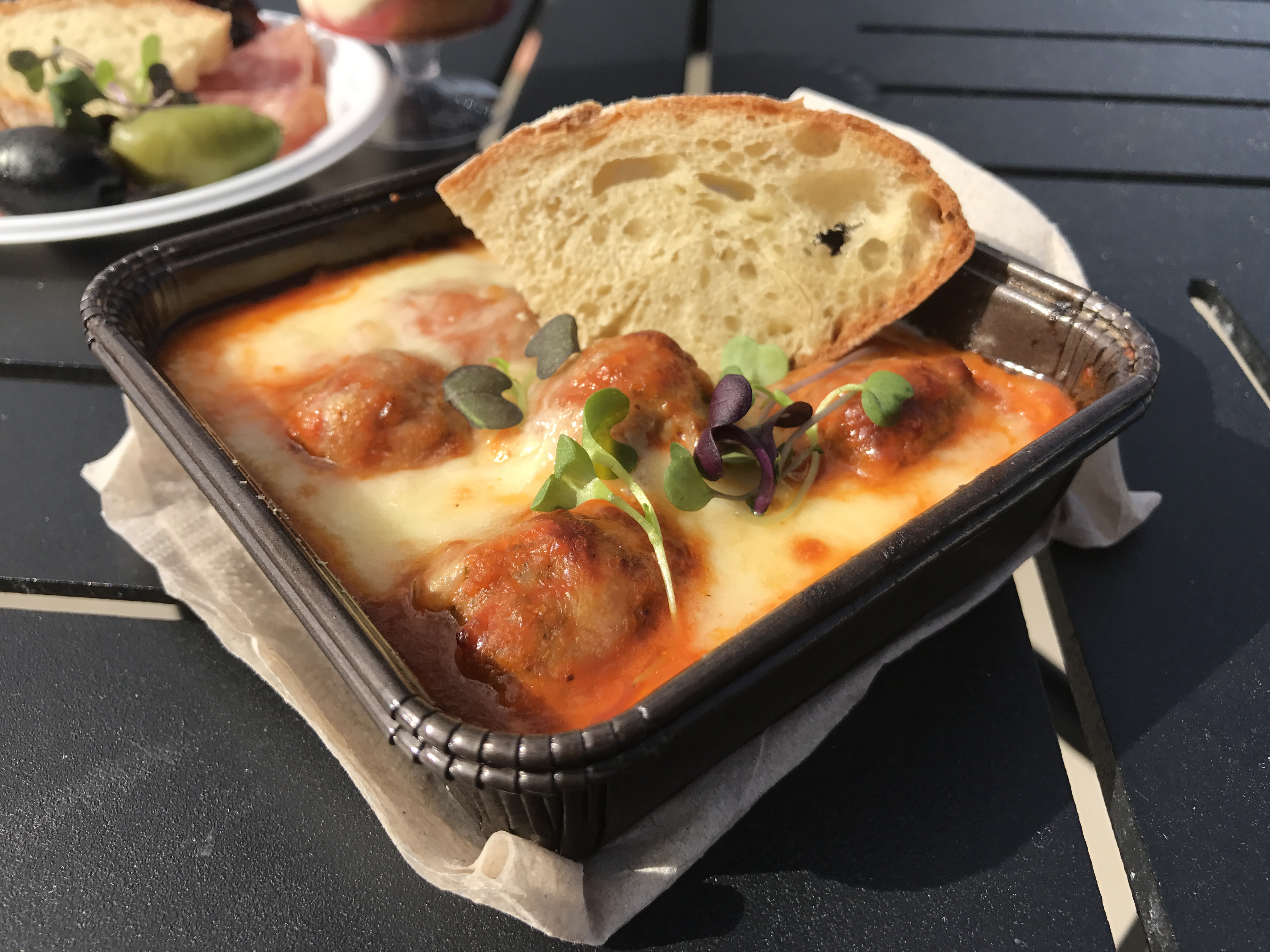 The Italy booth, in this case called Primavera Kitchen, has not been known for its quality at any Epcot festival in the past, but I though they offered a much better lineup this time around. The meatballs in this dish are of the same quality as Tutto Italia and there is plenty of cheese. Overall, it’s a really healthy portion for the price, offering 6 meatballs. I can’t believe I’m recommending something at the Italy booth…

You’ll be glad you did!

If you get these 7 new offerings while at the Flower and Garden Festival this year, you will without a doubt have a phenomenal time. Next time, I’ll go over 7 returning favorites of the Festival that are an absolute must. Now get eating (and drinking)!