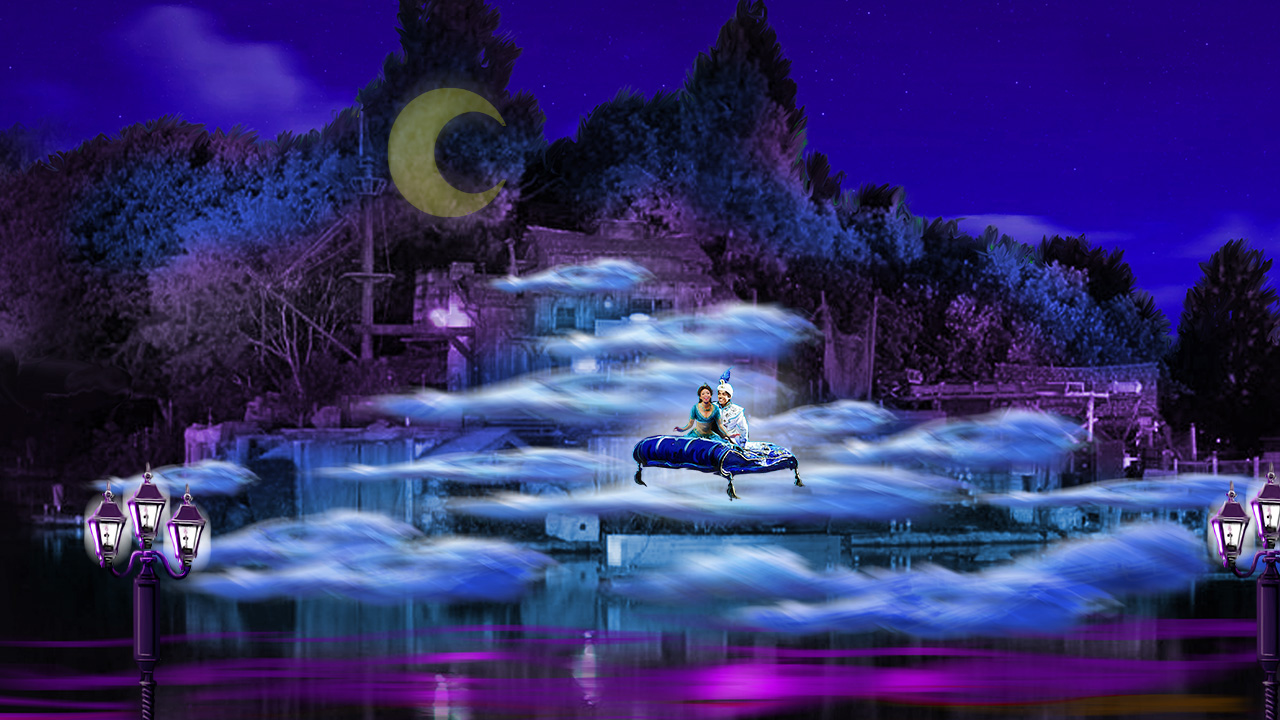 CONCEPT ART: New Scenes To Debut in Fantasmic When It Returns to Disneyland This Summer

It’s hard to believe that Fantasmic! is 25 years old tomorrow. The show premiered at Disneyland’s Rivers of America on May 13, 1992 and quickly became a guest favorite. While the show has undergone upgrades over the years, including a new sound system in 2007, and a completely new lighting package in 2008.

However, the show is currently undergoing its biggest makeover yet. When it returns this summer, the show will still retain its storyline, fanfare, and theme song, but quite a bit will be new. The mist screens will be upgraded and coupled with state of the art projectors to provide brighter, more vibrant visuals with better clarity than ever before. What may be the biggest change, however, is the addition of brand new show scenes featuring Aladdin, The Lion King, Tangled, and Pirates of the Caribbean.

The concept art above shows one of the dazzling new scenes, where Aladdin and Jasmine are floating over a bed of fog on their flying carpet during “A Whole New World.”

A return date for the show has not yet been announced, but stay tuned to WDW News Today for more information about the show’s premiere in the coming weeks.

Previous
REVIEW, VIDEO: Happily Ever After Debuts at the Magic Kingdom, The Nighttime Spectacular That Disney World Deserves

Next
D23 Expo 2017: Meet The Stars Of Freeform’s “The Fosters”, “Shadowhunters”, And “Stitchers”, Plus Its New Series “The Bold Type”