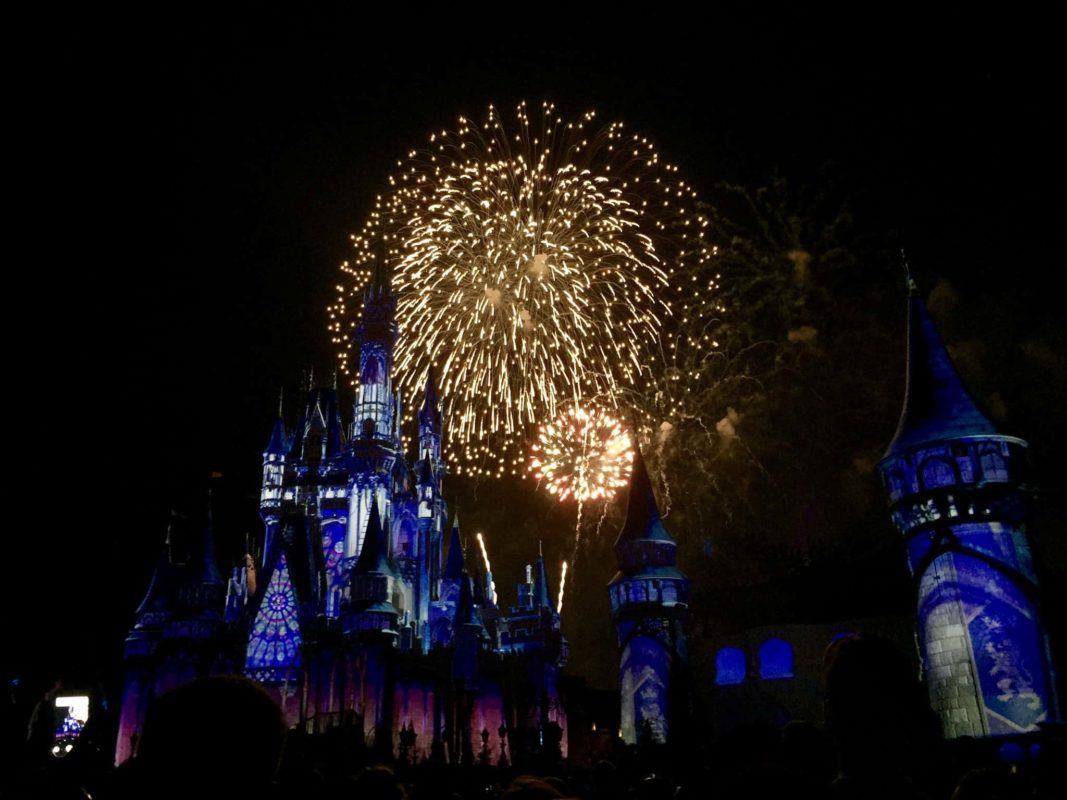 Tonight marked the debut of the Magic Kingdom’s new nighttime spectacular “Happily Ever After”, which replaced the beloved Wishes show after a 13 year run. So, how was it?

Getting straight to the point: I loved it. I felt the same way I felt when I saw Wishes 13 years ago. The show is a technical marvel that ties-in beloved Disney characters and music, modern and classic, with fantastic original arrangements and a theme song that will (I think) live on through the annals of Disney Parks history long after this show is gone. Fantasy in the Sky and Wishes have a more than suitable replacement which will be cherished as much once the nostalgia dies down over the weeks and months ahead.

The inclusion of most of the animated film canon is tastefully done, never feeling forced. This show rips through a lot of IPs, but does so without taking the show into and out of too many songs. You may have not thought it would make sense to throw a mixture of Disney classics into a scene with music from just one, but it works here. Think of it as the bubble scene from Walt Disney World’s Fantasmic, but on steroids, and a copious amount.

The show has so many jaw-dropping effects and such worth noting, but here’s what stuck with me:

There are so many great scenes to talk about, but the “I Can Go the Distance” sequence might be my favorite in any fireworks show that I’ve ever seen, maybe even in any nighttime show. It emerges from the Villains portion so perfectly and is fantastically uplifting. It’s a great lead-in to the finale. I would name a few others that I liked, but I quickly realized that the list I created included every other sequence. I’m not kidding, I made a list and all of them were on it. I went through the show video to check, and somehow I remembered all of the scenes and enjoyed them all that much that they all made my list of what I enjoyed. If you forced me to pick a second favorite, my sentimental choice would be “Out There” from the Hunchback of Notre Dame. Disney Dreams may be gone from Paris, but this scene has made it stateside and was everything I dreamt it would be.

The narrative of the show is not overstated, but I think resonates more strongly than Wishes. Now, please hear me out before you run to the comments section. Happily Ever After takes us from setting out on adventure, to finding friends and romance, to facing adversity, bringing yourself to the the triumph of learning that you can “go the distance” and “you can fly”, reaching your Happily Ever After. The show shares a theme of many recent Disney animated films: you can have your wishes come true in this world if you work hard enough. “All our dreams can come true, if we have the courage to pursue them.” Now, who said that?

Having only seen the show from one vantage point, I don’t have any tips for viewing just yet, but I can tell you that there are a lot of unique and cool places you’ll likely want to see this from. Up close will give you a better view of projections and lighting effects, but standing farther back will allow you to take in the full scope of the spectacle (which you will see in the video below). I’ll let you know what I think after a few more viewings. I also need to see all the new lighting in the trees to the left and right sides of the Castle, because whatever was going on there at certain points in the show looked really neat.

If Walt Disney World is the flagship of the Disney Parks, and the Magic Kingdom is the pinnacle park for the company, than this is the nighttime show it deserves. Taking what was learned from shows like Disneyland Forever, Disney Dreams, and others to combine so many high tech show elements, Happily Ever After is the next step in nighttime spectaculars and the new crown jewel of evening entertainment at Walt Disney World. It is a must see and will likely remain so for a long time to come.

CONCEPT ART: New Scenes To Debut in Fantasmic When It Returns to Disneyland This Summer

PHOTOS, VIDEO, REVIEW: Flight of Passage is the Next Big Theme Park Thrill Ride, Soars in Pandora – The World of AVATAR at Disney’s Animal Kingdom

31 thoughts on “REVIEW, VIDEO: Happily Ever After Debuts at the Magic Kingdom, The Nighttime Spectacular That Disney World Deserves”