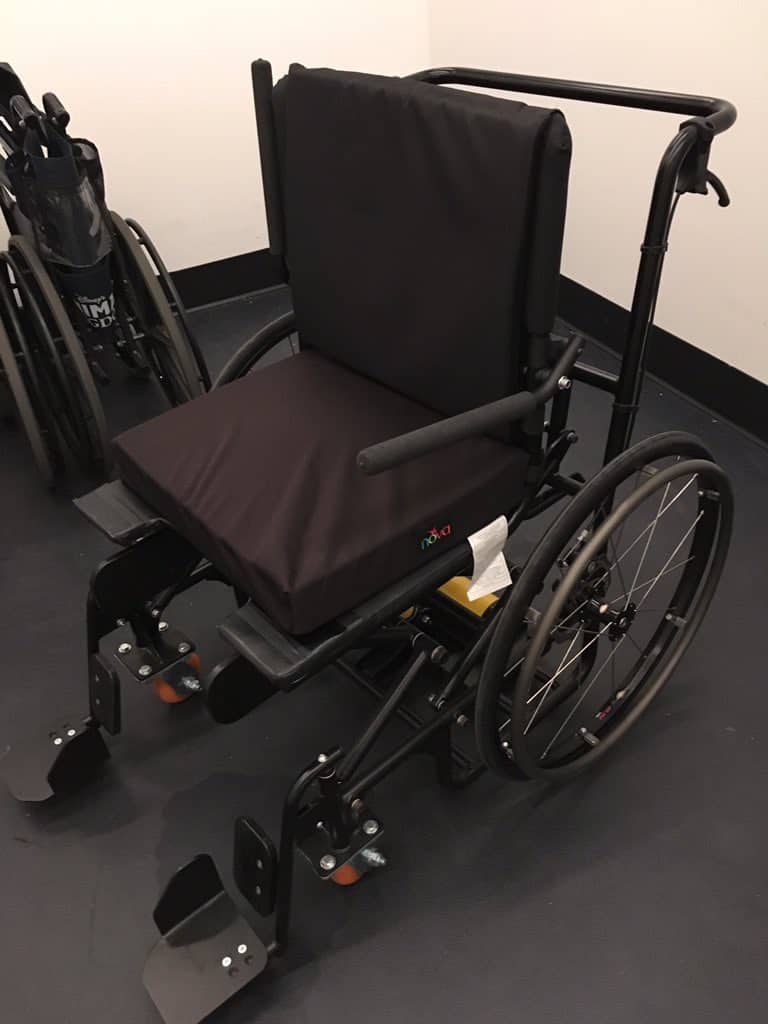 PHOTOS: Special Wheelchair & Other Accommodations Allow Guests with Disabilities to Ride Flight of Passage in Pandora – The World of AVATAR

For the last few days, the internet has been abuzz with talk about how “unaccommodating” the attractions in Pandora: The World of AVATAR are for guests in wheelchairs. Well, after doing some research during our last visit to the planet, it appears that they are just as accommodating as other rides at Walt Disney World.

After reading more than enough pieces about these issues, I decided I wanted to see what was actually going on at the attraction, rather than speculation without first-hand experience. We spoke to cast members at the attractions to get all of the following information, so it should be as accurate as possible.

The AVATAR Flight of Passage ride system is unique and simply could not accommodate a wheelchair, but wheelchair guests can transfer to ride. Transferring to ride a thrill ride at Walt Disney World is far from uncommon, as less-intense thrill rides such as Soarin’, the Seven Dwarfs Mine Train, and Test Track all require such practices. Mind you, these are not decades-old attractions, but all rides that have opened since 1999, in a more modern age where theme parks often have guests requiring accommodation in mind.

Those who need additional assistance transferring can also make use of a special wheelchair that is available. This wheelchair has the ability to elevate the guest in the seat via manual foot pump, similar to a barber’s chair. Cast members we spoke to at the attraction said they were able to load guests from this wheelchair effectively with little problem.

As with other attractions, guests needing to transfer are brought in before other guests are loaded so that they can take their time and have privacy as they move from their chair into the ride vehicle.

Guests in ECVs or motorized scooters will leave their ECVs before the pre-show areas and have the option of walking the rest of the way or using a manual wheelchair (or again, the special one pictured above, if need be). The distance from the door of the first pre-show room to the ride vehicle is about 50 steps, but also requires several minutes of standing.

Meanwhile, at the Na’vi River Journey ride, while there are no “wheelchair boats” that such a device could simply roll right onto, they do have a multi-tiered set of steps that allow guests to more easily descend into the boat. The rows on the boat are quite large as well, making it easier to assist a guest who must transfer into the vehicle. It’s not perfect, but it isn’t terribly complicated either. Transferring from a wheelchair is a necessity at many slow-moving Walt Disney World attractions, including The Haunted Mansion, Pirates of the Caribbean, and Spaceship Earth.

We hope this helps to clarify the process with factual information rather than vague, broad statements about the process at either attraction. As for concerns about guests with larger dimensions fitting on AVATAR Flight of Passage, we will address those in a separate story later this week.

Pandora: The World of AVATAR opens May 27th, 2017 at Disney’s Animal Kingdom at the Walt Disney World Resort.

Next
BREAKING: First Permits Filed for Replacement of the Universe of Energy at Epcot