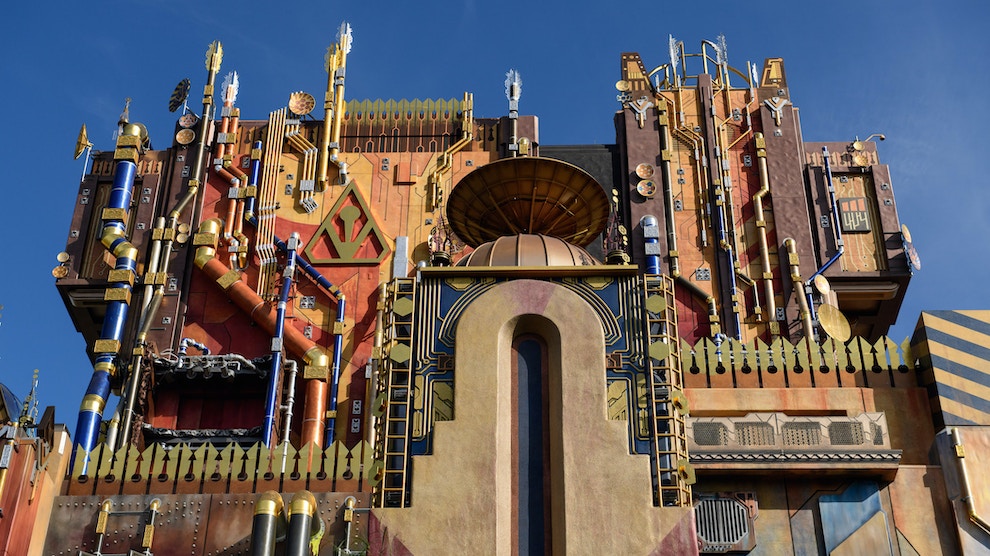 With the D23 Expo 2017 quickly approaching, it seems logical that we begin speculating as to what announcements will be made by Walt Disney Parks and Resorts Chairman Bob Chapek at 3PM on July 15th during what is usually a fairly interesting presentation. In the past, New Fantasyland, Star Tours: The Adventures Continue, Fantasy Faire, Star Wars Land, Toy Story Land, and Soarin’ Around the World have all been announced at this event, so needless to say, we can expect some things to drop in 3 weeks time, but what will they be? Well, let the speculation begin with Disneyland Paris, the latest acquisition of the Walt Disney Company.

With the ink still drying on this corporate takeover to save Disneyland Paris, many believe Disney will come roaring out of the gate with a billion dollar enhancement of the troubled Walt Disney Studios Park, easily the worst Disney theme park currently on this planet. While it would just be the beginning of what would be needed to bring the entire European resort up to snuff with the others around the world, a massive expansion of the Studios is good start.

I’m not even sure if this qualifies as a rumor because it just seems so certain, but it is at least a rumor that it will be announced so soon.

Guardians of the Galaxy – Mission Breakout has been a huge hit at Disney California Adventure, where it will eventually anchor an entire themed land based on the MARVEL universe, and it will do the same for Disneyland Paris’ Walt Disney Studios Park where it will also replace the Twilight Zone Tower of Terror. Whether it is announced at the D23 Expo or not, this is the next big investment for Paris and is expected to happen within the next year. The remainder of the MARVEL themed land will follow, simultaneously being built for Hong Kong, Anaheim, and here in Europe.

Any further expansions remain unclear at this time, but Star Wars Land seems unlikely for the future of Disneyland Paris. Regardless, a massive themed land filled with numerous new attractions seems like a nice way to welcome Paris to the family.

I hope the soarin attraction and a tron coaster from shanghai will be added to the discoveryland at Disneyland park and a toy story midway mania in studio Paris, that will welcome guest in Europe.

“Whether it is announced at the D23 Expo or not, this is the next big investment for Paris and is expected to happen within the next year.” Seriously? Who said that Guardians of the Galaxy will take over Paris’ Tower of Terror? And who is expecting it to happen within the next year? Honestly, the likely hood of this happening is so slim and even if it was to happen, you’re talking if you’re the one who is deciding what is happening with the resort. We’ll only know about any attraction updates or news if Disney themselves confirm the “rumours”… Read more »

We have a pretty decent track record :)

True, but in the case of Walt Disney Studios Park, changes to the Tower of Terror would be illogical, unless, Disney have other major changes to the parks overall theme. Tower of Terror is also surrounded quite tightly with Hollywood architecture, making a Guardians retheme of the attraction difficult of accomplish without confusing guests. Just my thoughts though. I hope for the sake of the Walt Disney Studios Park that for this rare occasion, you guys at WDW News Today are wrong about the changes.

How’s the track record now?!
Mission: BREAKOUT not being announced at D23 Expo for Disneyland Paris.

[…] told you on numerous occasions that Guardians of the Galaxy – Mission Breakout would likely be coming to Walt Disney Studios Paris in the near future. Well, it now seems that Disney has settled on a timeframe for the closure of […]