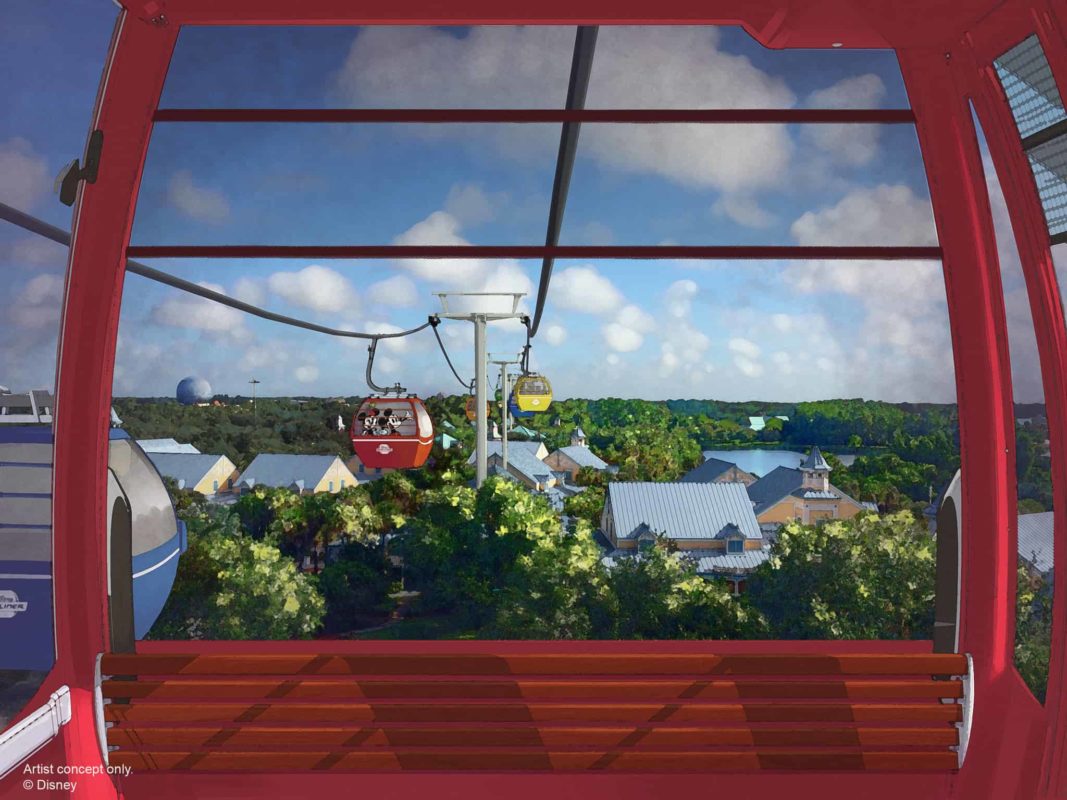 Bob Chapek has confirmed at D23 Expo 2017 several stories that we broke over the past months.

First, the gondolas, now called “Disney Skyliner,” were announced. “A brand new transportation system is coming to the Walt Disney World Resort to add even more magic to your future vacation experiences.” Bob Chapek, Chairman of Walt Disney Parks & Resorts said that the Disney Skyliner will soon give guests a bird’s-eye view as they travel between Disney’s Art of Animation, Pop Century, Caribbean Beach resorts and the newly-announced DVC resort, to be named “Disney’s Riviera Resort,” connecting with Disney’s Hollywood Studios and the International Gateway at Epcot. The gondolas of Disney Skyliner will feature favorite Disney characters as shown in the concept art.

The map shown at the presentation looks strikingly familiar to the map we showed when we broke the gondola story back in February 2017.

More information on the gondolas can be found in a number of our articles published since then.

Second up is the Minnie Vans announcement made today that confirms the story we ran two days ago.

“Since we’re all about exceeding guest expectations and making every aspect of your vacation uniquely Disney, we’re creating a new point-to-point transportation service in a way that only Disney can do,” Chapek said.

The Minnie vehicles will take you everywhere you want to go at the Walt Disney World Resort, and you’ll ride in Minnie’s classic style.

No further details were given on the cost of the service.

And finally, in news we first brought to you all the way back in June of 2016, the 15th DVC resort was announced as “Disney Riviera Resort” and will be located adjacent to the Caribbean Beach Resort.

“We’re thrilled to announce plans for a new Disney Vacation Club property called Disney Riviera Resort coming to Walt Disney World Resort,” Chapek said. “Our Vacation Club Members are among our most loyal fans, and we think that they will love what we have planned, especially the rooftop restaurant that will offer unbelievable views of nighttime spectaculars at both Epcot and Hollywood Studios.”

Estimated to open in fall 2019, this new resort experience is slated to have approximately 300 units spread across a variety of accommodation types.