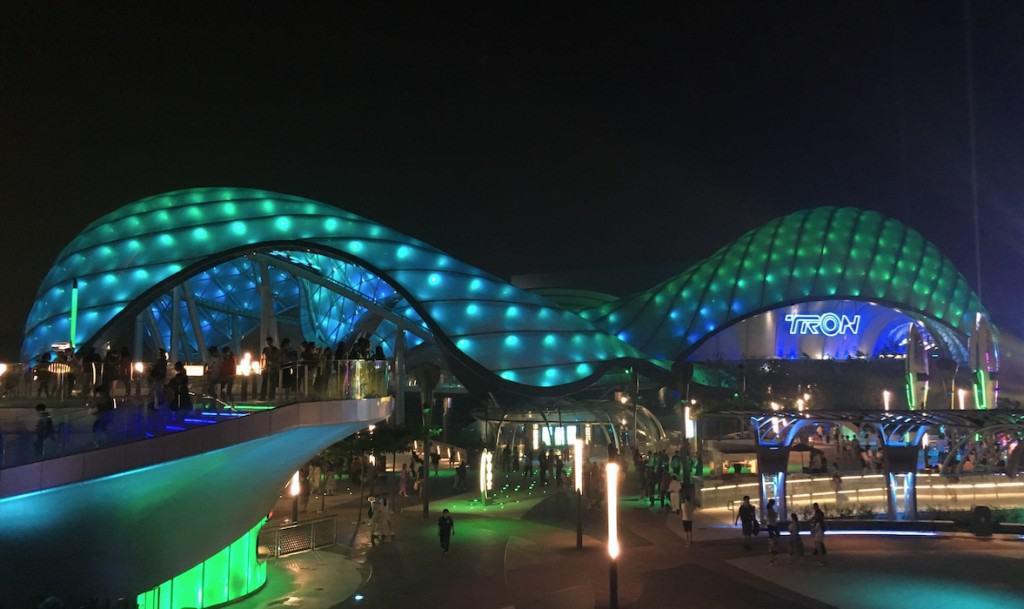 As we confirmed to our readers this past Monday, five days before Disney’s official announcement, the TRON Lightcycle Power Run coaster from Shanghai Disneyland will be coming to the Magic Kingdom, and will open in time for the park’s 50th anniversary in 2021. WDWNT initially reported this rumor in October of 2016, and then again this past April we reported that budget teams were sent to Shanghai to look at the attraction.

The TRON Lightcycle Power Run attraction at Shanghai Disneyland is a coaster-style attraction where riders board a train of two-wheeled Lightcycles. It offers access into the energy, lights and excitement of TRON’s high-tech universe. Chapek said the plan is to open the Tron attraction in time for Walt Disney World’s 50th anniversary in 2021.