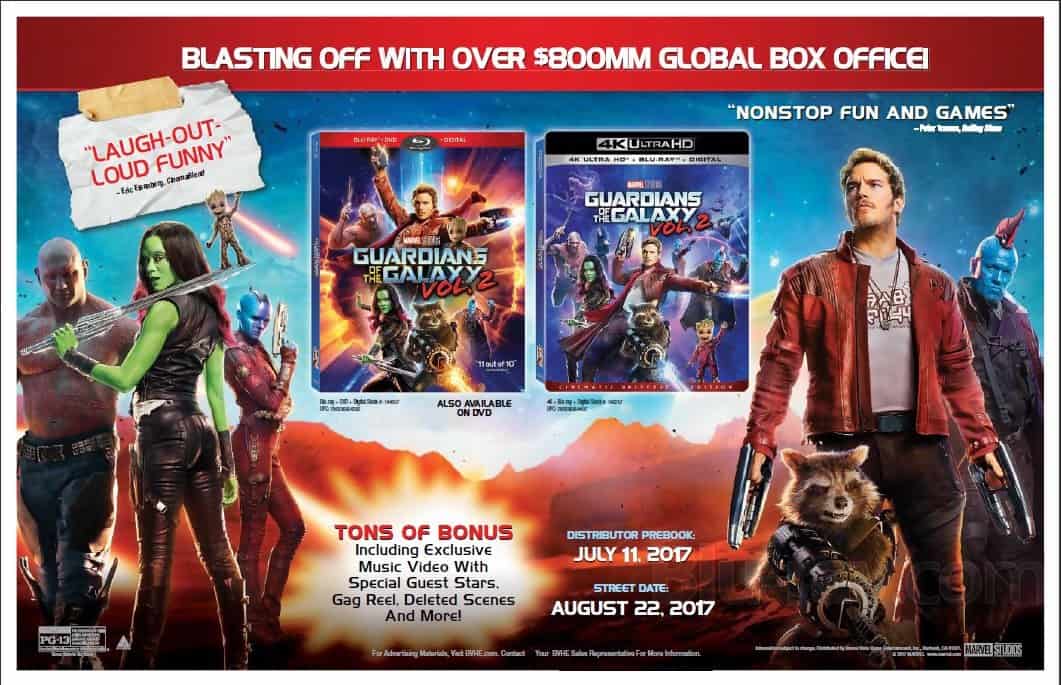 It may have taken Disney a long time to jump on the 4K UltraHD band wagon but they will finally start releasing movies on 4K Ultra HD. James Gunn made the official announcement on his Facebook page stating that “Guardians Of The Galaxy Vol. 2” will be the first Disney 4K UHD and will be released on August 22nd. We are looking forward to more exciting news regarding Disney and 4K UHD with hopefully announcements for classic Disney animated titles and Star Wars in 4K!

Yes, it’s true, & I am UNBELIEVABLY EXCITED to announce that, after a couple of years of me begging and pleading, Guardians of the Galaxy Vol. 2 will be coming to home video in 4K UltraHD. It will be the FIRST Disney release to be released this way.

4K UltraHD is almost certainly the best way you can see this movie at home – with more definition and the most vibrant colors possible on your home screen, and with the brightest brights and the blackest blacks. A being composed of light truly appears to be a being composed of light! This version is a roiling cinematic river of beauty and I’ve taken hundreds of hours personally making it look the best it can. This is one of the reasons why LIGHT and COLOR are such important elements of Vol. 2’s story, and why we screened the World Premiere in Los Angeles in essentially this format.

And yes for those of you asking, there will also be a 3D home release.

We will soon have lots more exciting announcements about the home release and some unbelievably cool additional content, including something that’s so amazing I’ve been chomping at the bit for months not being able to talk about it!

So more OFFICIAL announcements soon. Be careful what you listen to if it doesn’t come from here or Marvel Studios as sometimes things seep out into the world from artwork that isn’t finalized, etc.

And have a great Wednesday. Love to you all.