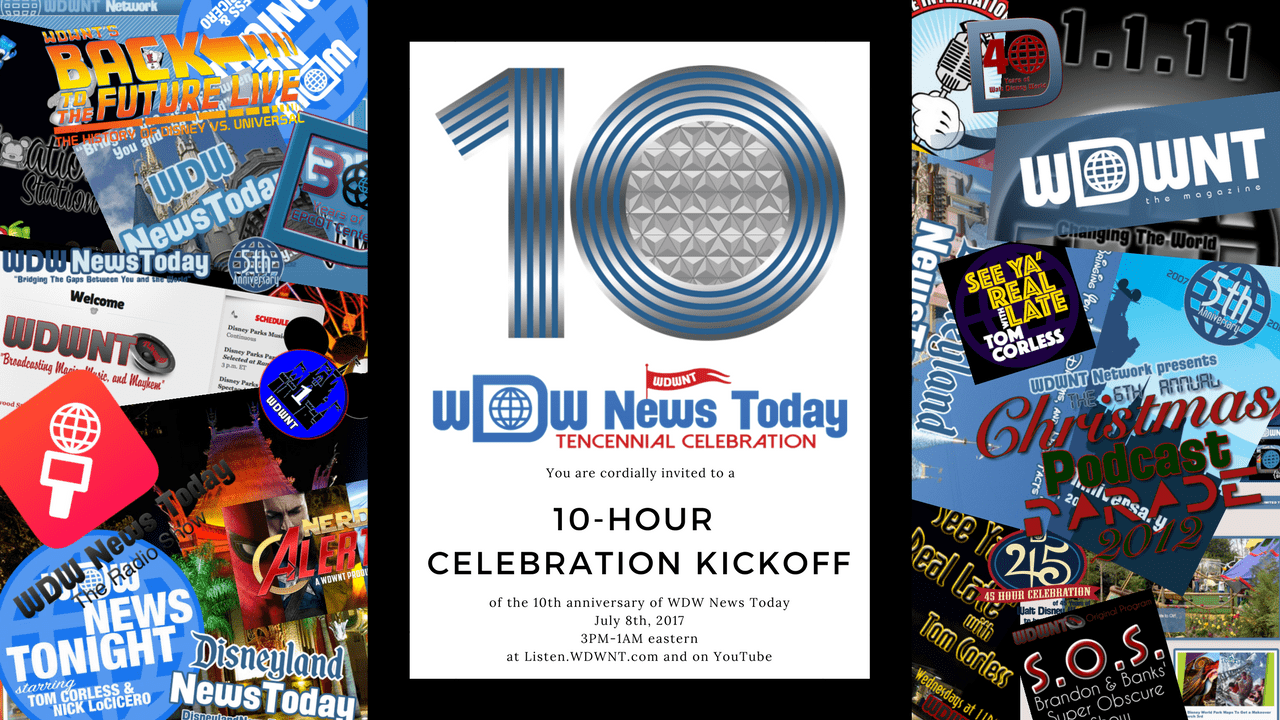 Beginning back in 2008, it has been an annual tradition of ours to present a special WDW News Today anniversary program live here on WDWNT.com on July 8th, the day it was founded. With Saturday marking the incredible 10th anniversary of this website, we decided to kick it up a notch to begin our Tencennial Celebration… 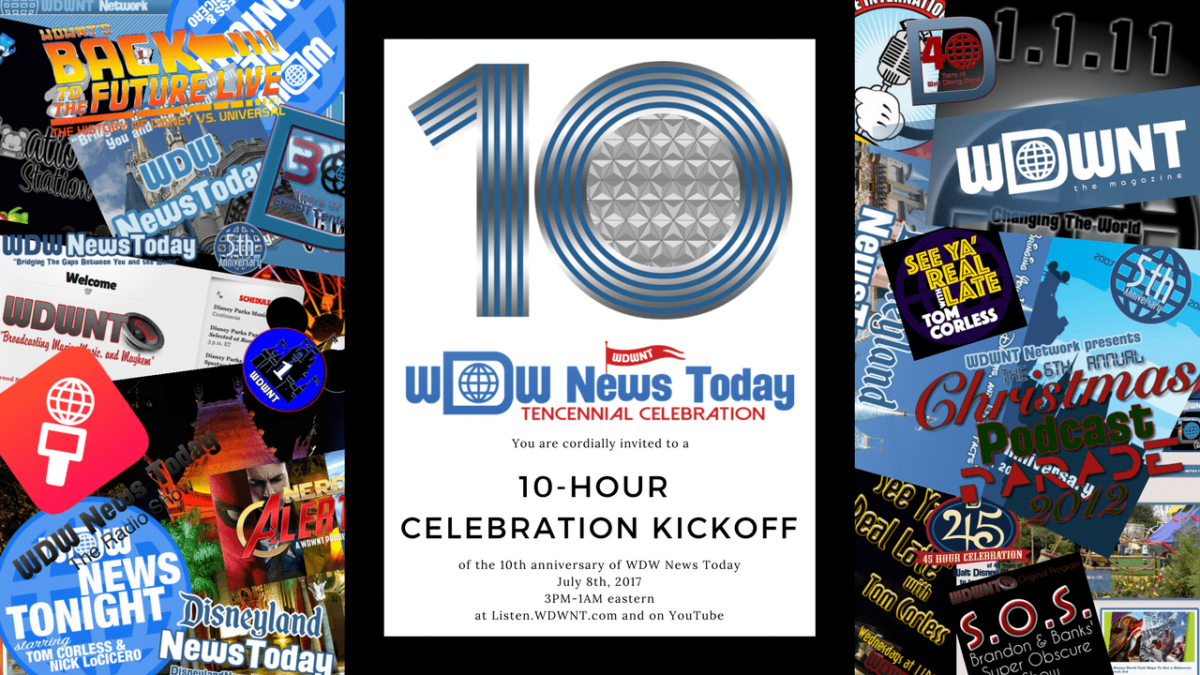 On July 8th, 2017, join us starting at 3PM eastern time for a 10-Hour Kickoff of WDW News Today’s Tencennial Celebration! The schedule for the show includes the following:

We hope you will join us this Saturday as we celebrate 10 years of WDW News Today and kickoff our year-long Tencennial Celebration!

Next
Hostess with the Mostess – Top 5 Star Wars Experiences Results