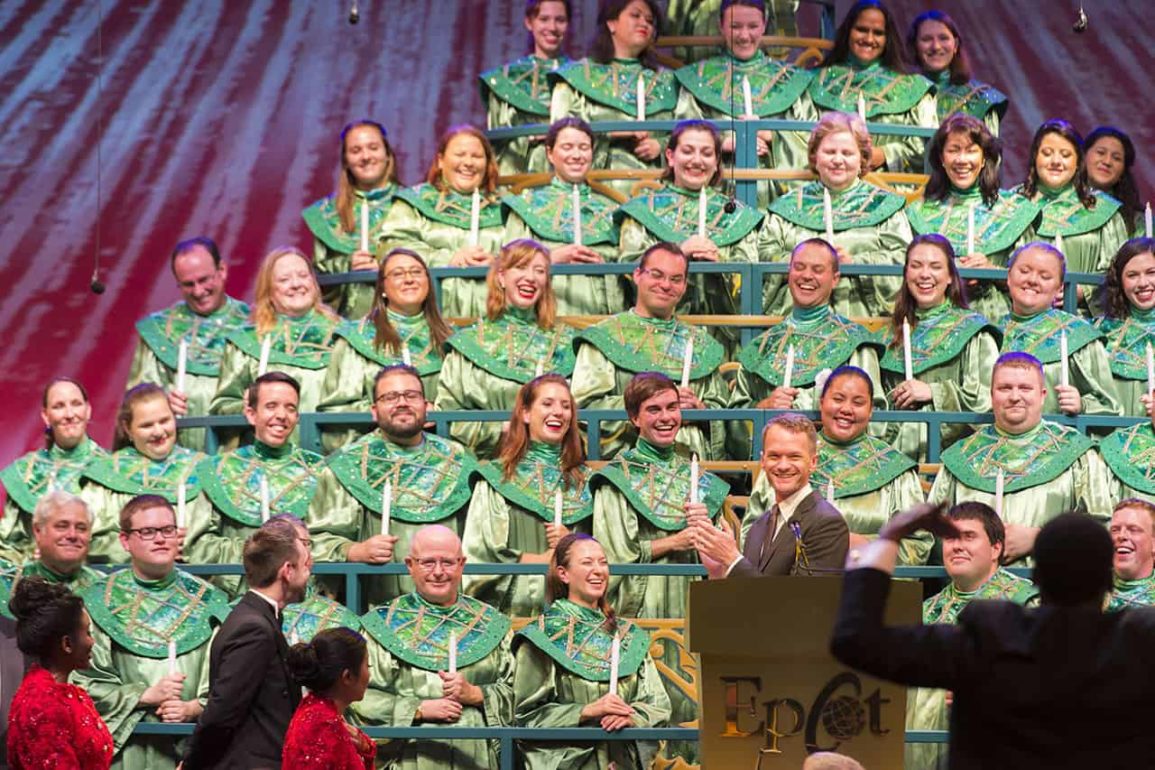 Emmy and Tony award-winning Actor Neil Patrick Harris narrates Candlelight Processional Dec. 1, 2015 at Epcot. The event is one of the most beloved holiday traditions at Walt Disney World Resort, featuring a joyous retelling of the Christmas story by a celebrity narrator accompanied by a 50-piece orchestra and a glorious mass choir. Epcot is located at Walt Disney World Resort in Lake Buena Vista, Fla. (Mariah Wild, photographer)
Home
Parks & Resorts

Disney has announced the remainder of the celebrity narrator lineup for the  2017 Candlelight Processional, now part of the Epcot International Festival of the Holidays.

Disney Legend Kurt Russell, who has starred in Disney films from the 1960s to 2017’s “Guardians of the Galaxy 2” will read the Christmas story this year – as well as gold- and silver-medal-winning gymnast Laurie Hernandez. Two veterans of the event – actress/comedienne Ana Gasteyer and Jodi Benson, voice of Ariel in Disney’s “The Little Mermaid,” – complete this year’s list.

Here is the full list of narrators (everything subject to change, of course):

The Candlelight Processional presents the traditional story of Christmas in truly spectacular fashion – with a celebrity narrator, a 50-piece orchestra and a massed choir. The processional is performed three times per night (5:00, 6:45 and 8:15 p.m.) during the holiday season at the America Gardens Theatre. These packages, available on select nights, include a delicious meal and a guaranteed seat for one of the Candlelight Processional performances. Availability is limited.