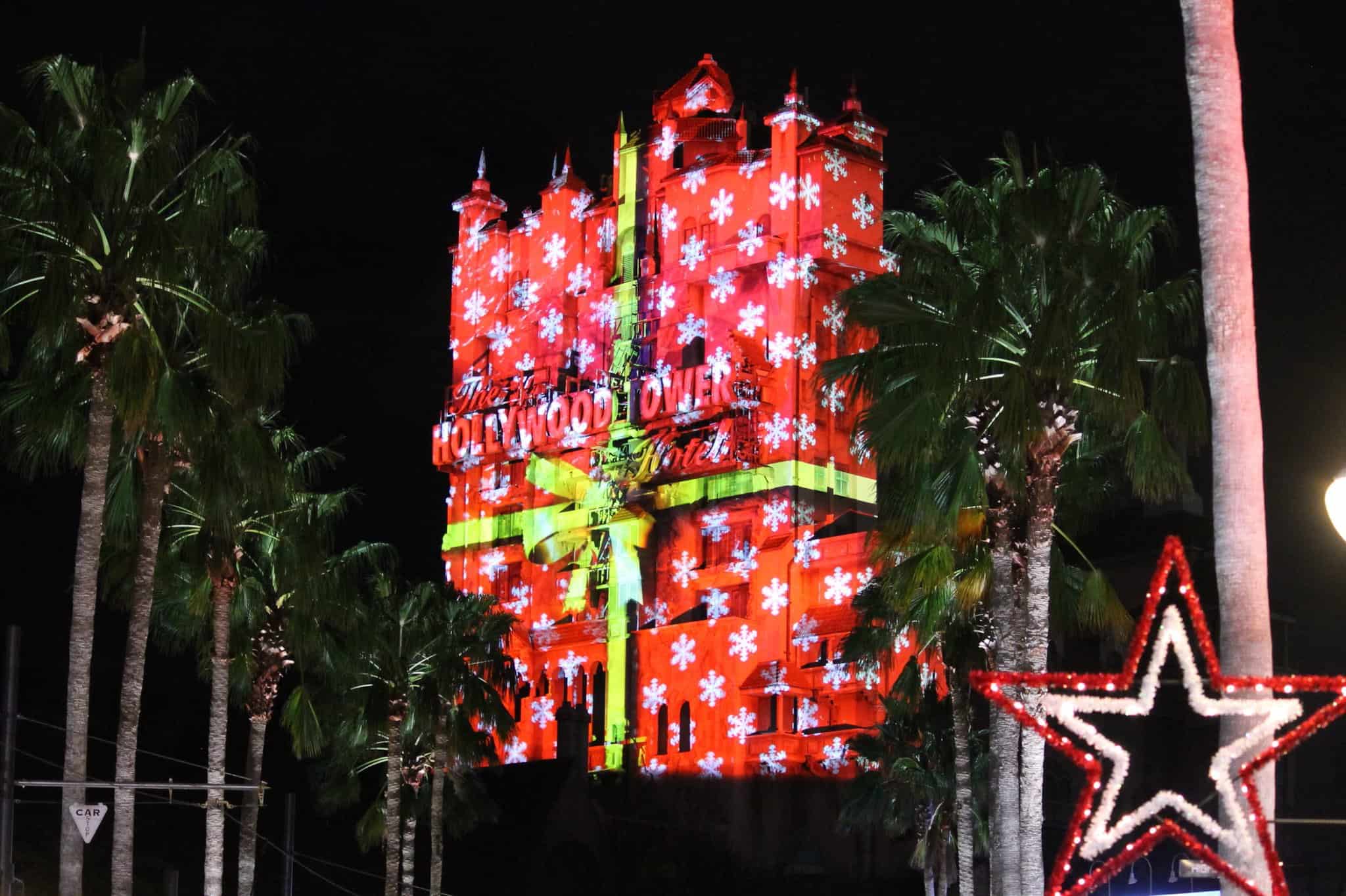 Disney will continue with their tradition of holiday television specials by airing two separate events this year on ABC.

The first, “The Wonderful World of Disney: Magic Holiday Celebration” will air on November 30 from 9pm to 11pm. Julianne Hough and Nick Lachey will host the special from Walt Disney World, while Jesse Palmer will co-host the show from Disneyland Resort in California.

Specials performances will be made by:

Disney will announce additional performances at a later date.

The second television holiday special, titled “Disney Parks Magical Christmas Celebration,” will air on Christmas day from 10am to noon. Hough and Lachey will also be hosting the special, with Palmer once again co-hosting from Disneyland in California.

For “Disney Parks Magical Christmas Celebration” performances will be made by:

As with the first special, additional performances will be announced later.

PHOTO: Hollywood Toy Hotel Projection In Use on Tower of Terror at Disney’s Hollywood Studios