As reported by blooloop.com, Disney has filed a U.S. patent for an augmented reality system to allow users to jump into the Star Wars universe armed with their very own lightsabers.

The patent, filed Sept. 14, 2017 and published Jan. 4, 2018, “relates to systems and methods for augmenting an appearance of a hilt to simulate a bladed weapon.” While the patent describes multiple aspects of how the augmented reality system may or may not operate from a technical standpoint, it gives a pretty clear idea that you’ll be able to carry a virtual lightsaber and use it to fight and interact with your environment.

The patent does not describe the intended use of the technology, however. While it’s very possible that you’ll be able to carry around a virtual lightsaber when Star Wars: Galaxy’s Edge opens next year, the technology may also be meant for console-based or mobile games (like Pokemon Go). Or it could be used for both applications, and then some.

How does it work? A physical hilt will contain motion and orientation sensors to determine the position of the hilt. Via a display (which could be a head-mounted display, a visor, a mobile device or other type of display), you’ll see an overlay image of the blade so that the blade appears to be attached to the hilt. So, when you’re looking at the display (e.g., through your iPhone or through a headset), you’ll see the blade extending from your hilt, as well as other virtual objects in the environment.

The AR system could be used for a variety of both real and fictional weapons. The patent names lightsabers as well as “a broadsword, an axe, or a katana.” However, the examples described in the patent refer specifically to lightsabers. 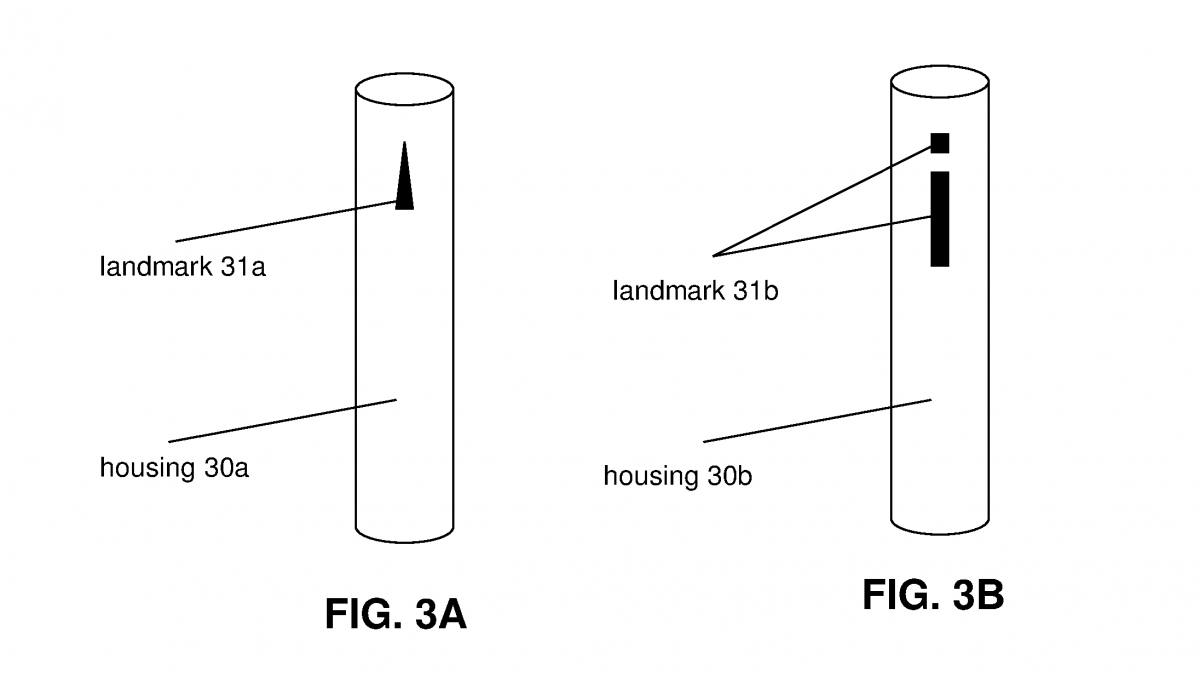 It looks as though several different types of hilts will be available. One diagram in the patent shows a dual-bladed weapon that looks like Darth Maul’s dual-ended lightsaber. Users will have some amount of control over the appearance of their blade, including the weapon’s type, size, shape, and color. Other users of the AR system will see your blade as you have configured it. 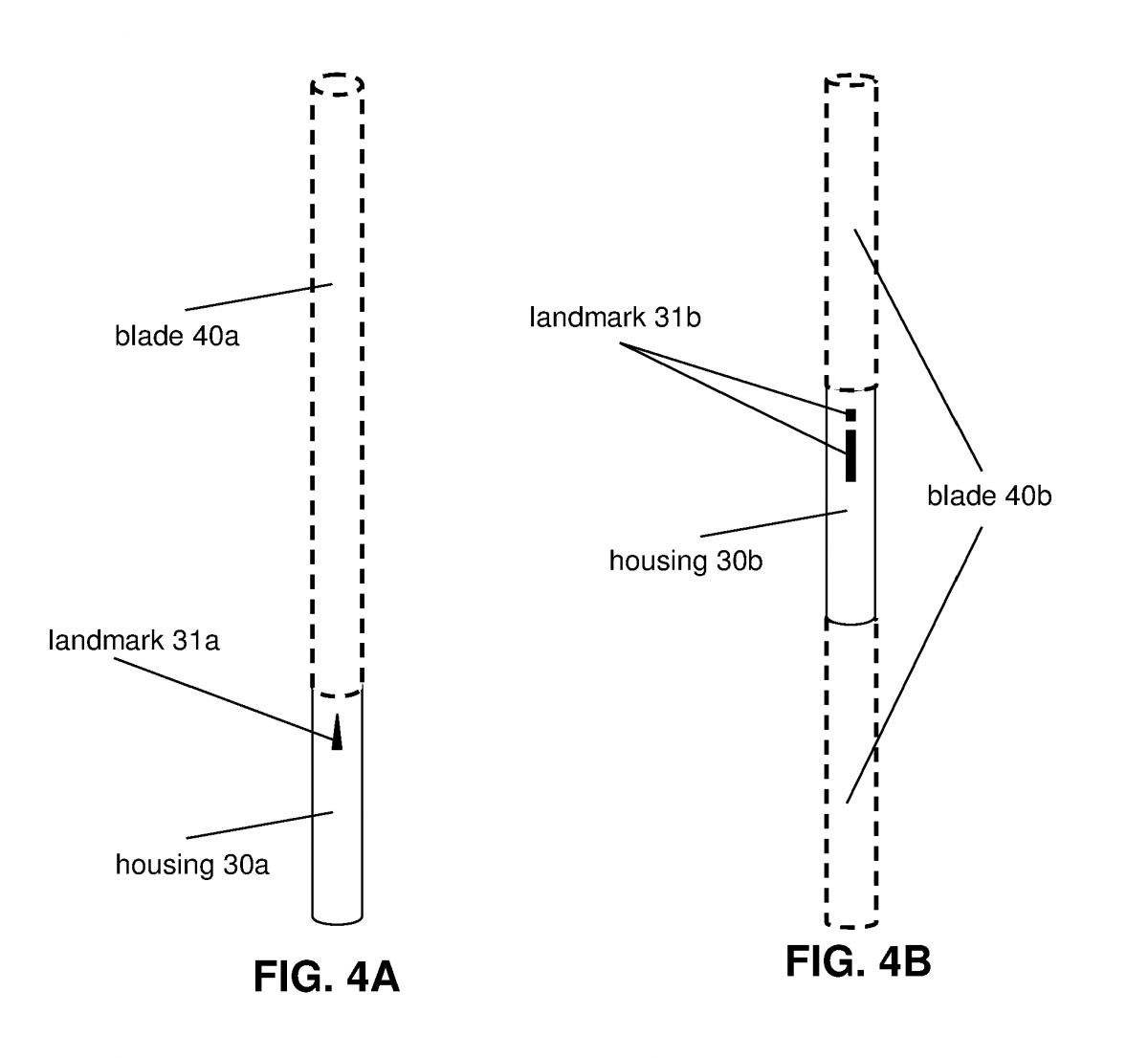 The patent also describes a speaker for audio feedback and a haptic generator for tactile feedback. If you’re wielding a lightsaber, you’ll feel a light vibration when the blade is engaged. You’ll hear a hum when the lightsaber is stationary and, according to the patent, a “wah” sound when you move the lightsaber (i.e., that iconic lightsaber wooshing sound).

The weapons will be able to interact with both real and virtual objects, triggering visual, audio and tactile effects. Real objects may be static (the patent gives still doors, walls and rocks as examples) or dynamic (moving doors or moving targets). Virtual objects may also be static (“e.g., a virtual force field, a still virtual blade of another hilt, etc.”) or dynamic (“e.g., a moving virtual blade of another hilt, virtual blaster fire, a virtual moving robot, etc.”). 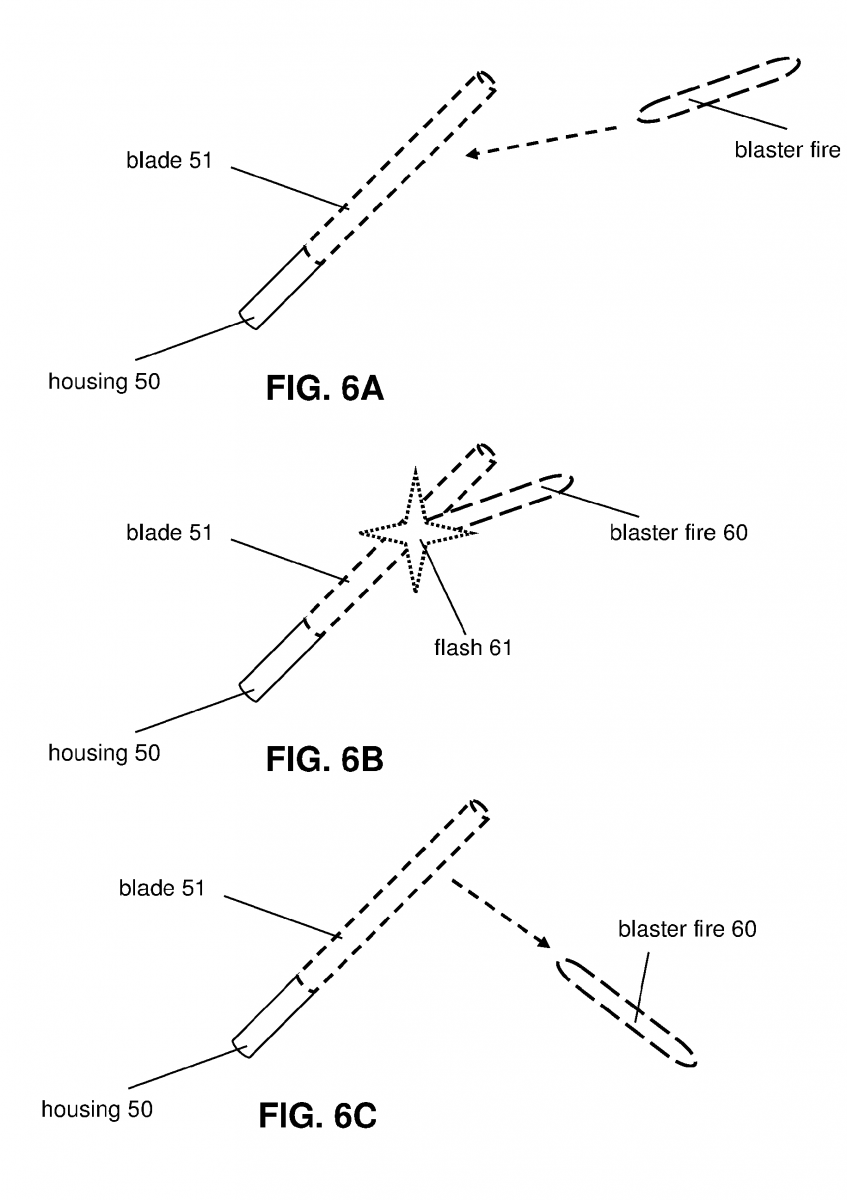 One diagram in the patent shows a lightsaber deflecting blaster fire, with a flash occurring as the fire hits the blade. The patent even describes being able to deflect the fire back and hit the stormtrooper who fired at you, triggering audio effects of the stormtrooper yelling when he’s hit.

It also appears that you’ll be able to duel others with your lightsaber. Another diagram shows a flash when two lightsabers hit one another, and the patent describes different intensities of visual effect based on how quickly the blades hit, and different audio and tactile effects as they collide. 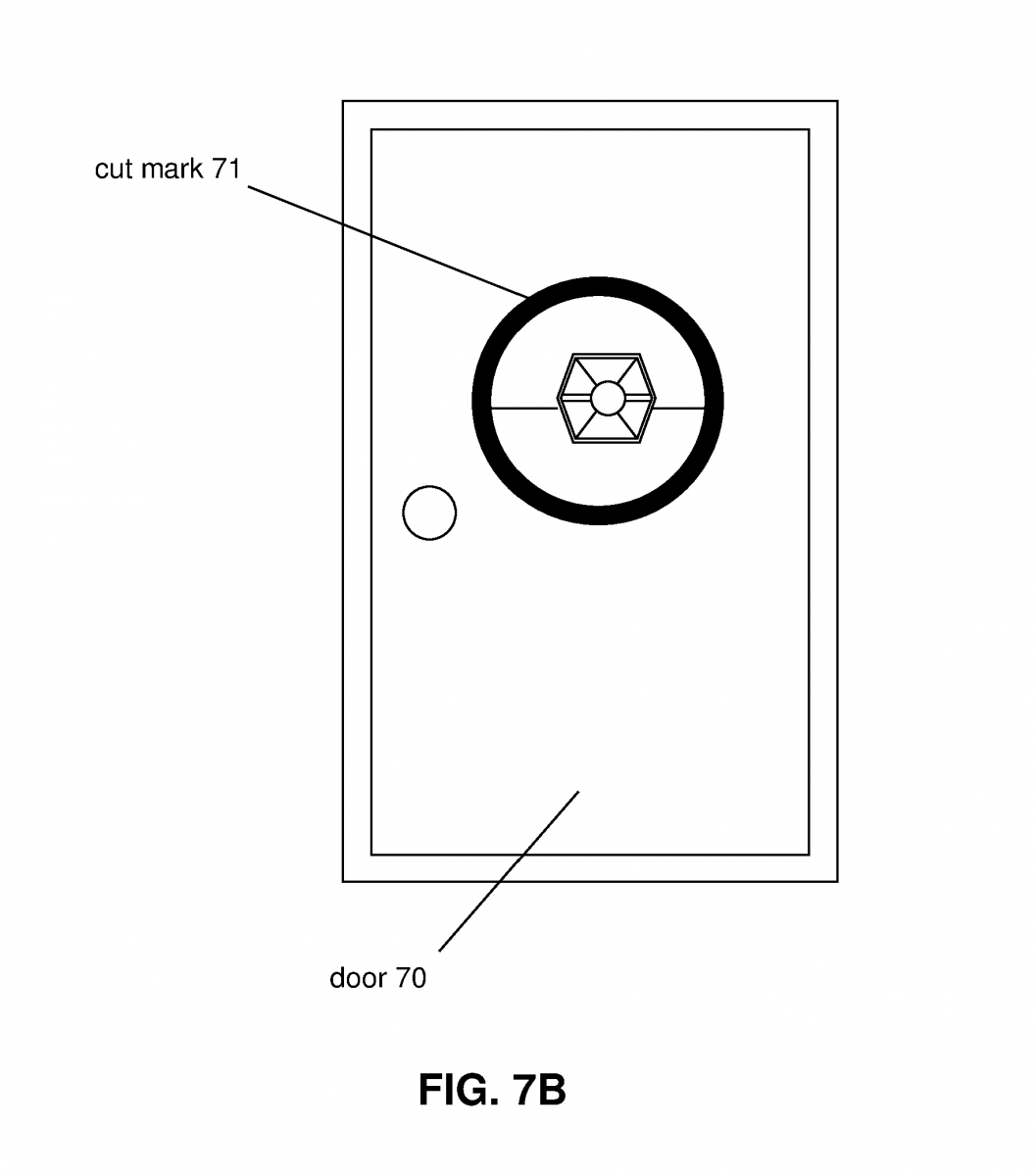 Another diagram shows a lightsaber cutting a hole in a door. After the hole is cut, the patent explains, “the visual effect may include a view of a virtual flight deck with a virtual TIE fighter on the other side of the door.” You may also feel the hilt of the lightsaber get hotter as you cut through the door.

Are you looking forward to wielding your own lightsaber? If this technology is indeed intended for Star Wars: Galaxy’s Edge, you will only have to wait until next year to try it out.