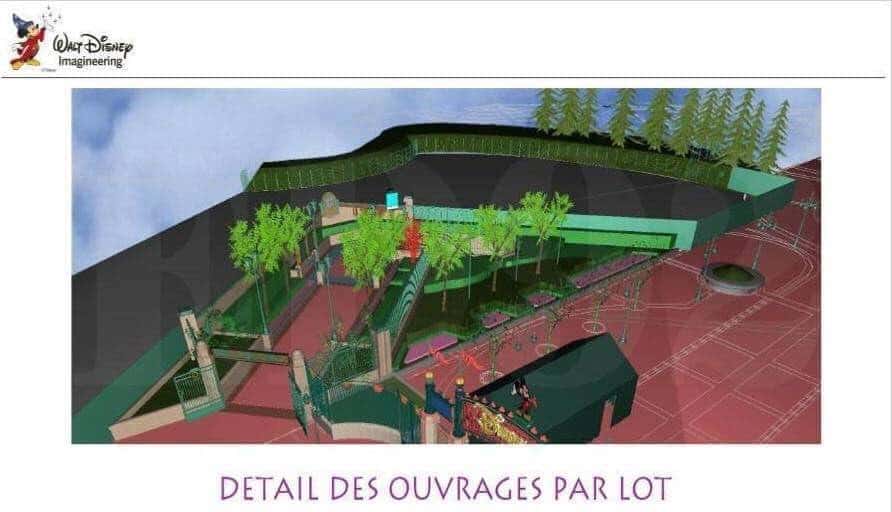 New filings have been released indicating a brand-new entrance to the RER-A railway service at the South side of Disney Village at the Disneyland Paris Resort. Disney Village is already built directly opposite from the large Marne-la-Vallée Chessy Railway station, which offers frequent service to and from central Paris. Marne-la-Vallée Chessy is also a stop on the Eurostar high-speed train line that services much of the rest of Europe.

The area surrounding the proposed new entrance will also be redeveloped, bringing the same detailed landscaping that can be found straight ahead of the site, at Fantasia Gardens. The southern side of the Disney Village has seen a lot of development in the last few years, with 2017 seeing the addition of burger chain Five Guys, and the Vapiano Italian restaurant, right across from the proposed new entrance. This entrance will hopefully be a pull for locals to come to the Disney Village, which boasts bars, restaurants and even an IMAX cinema.

With the rest of the developments that are taking place within the resort, 2018 is looking to be promising as a year of major changes for the parks.