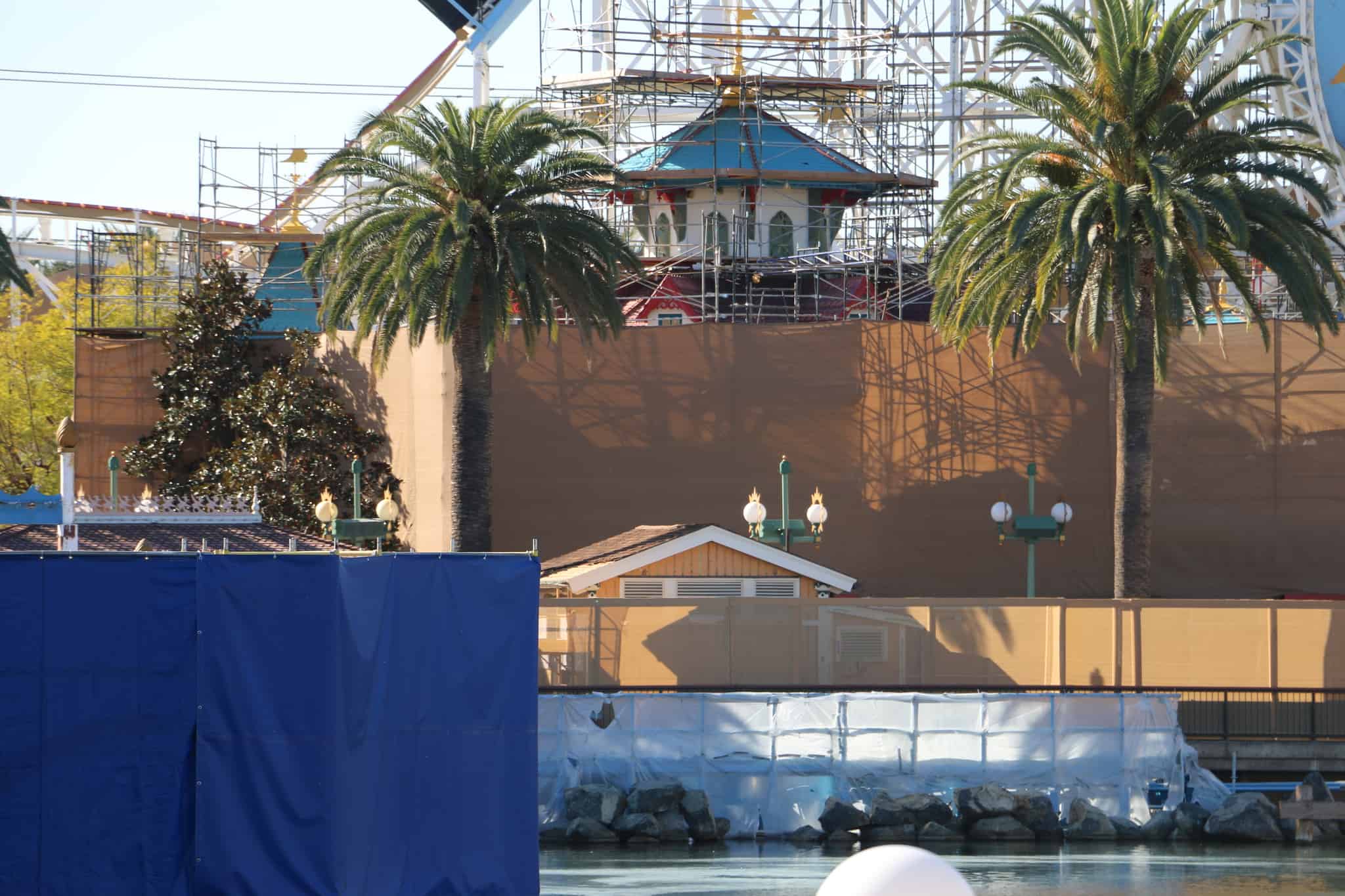 In Downtown Disney, you are greeted with a map with now-closed stores and shops on it.

Disney welcomes choirs from all around Southern California to ‘Celebrate Gospel’ in honor of Black History month.

The new Mary Poppins dress and purse were recently released at Elias & Co.

To complete your Mary Poppins inspired dapper outfit, you’ll definitely will need to pick up this cutie!

A new Thumper bag from Disney Boutique for $60.00.

In honor of Black History month, 17 choirs have been selected to perform on the Performing Arts Stage in Hollywood Land.

Guests can now get a preview of Disney’s A Wrinkle in Time at the Sunset Showcase Theatre.

The Black Panther meet and greet is located in Stage 17.

Besides the standard Award Wiener’s menu, there are limited time additions added to the menu.

We love the funnel cake fries, read about them here.

It’s Tough To Be A Bug… Literally!

Bug’s Land in Disney California Adventure has been in rough shape for weeks, even months. Rumors have it that most of A Bug’s Land will become the new Marvel area.

Tarps have been placed over the heavily damaged mural. Hopefully they are fixing it.

Besides the mural, there is a lot of faded paint and such throughout the entire land.

Pixar on the Pier

A lot of changes are approaching at full speed for the Disneyland Resort. With the opening date of Pixar Pier being June 23rd, that leaves less than 4 months left for Paradise Pier to make the conversion. That being said, not everything will be done on June 23rd, just the first phase.

The spires of Treasures in Paradise are gone, as they are from Ariel’s Grottos. The entire facade of the Grotto is gone as well, leaving a plain white facade over the once colorful entrance.

Scaffolding continues to rise on the former California Screamin’.

At the top of this tower at Toy Story Mania, we get our first glimpse at the building’s new color scheme.

The line for Midway Mania has backed up to here since most of the exterior queue is closed. Funny how this has happened on both coasts simultaneously as new lands rise around both attractions.

From the top of the second hill of Big Thunder Mountain Railroad, you can get a pretty clear view of the new land.

Surprisingly, crowd levels have been somewhat low as of late.

If your looking for a unique tasting churro with a hint of strawberries, this is the one for you!

It’s a Circus Back There

Unfortunately Casey Jr. Circus Train is currently down for refurbishment, but will be returning to the rails on March 1st.

The original concept art for the attraction on the scrims is a nice touch.

Since construction walls are gloomy, posters for the Dumbo: The Flying Elephant attraction from around the world have been placed for your enjoyment! Here we see Tokyo Disneyland.

Storybook Circus at the Magic Kingdom.

The original at Disneyland.

Splash Mountain has been closed for a while now for its annual refurb.

Around the construction walls, posters of facts about the ride have been placed.

A New “Muppet” Reboot Is Coming To Disney’s Streaming Service