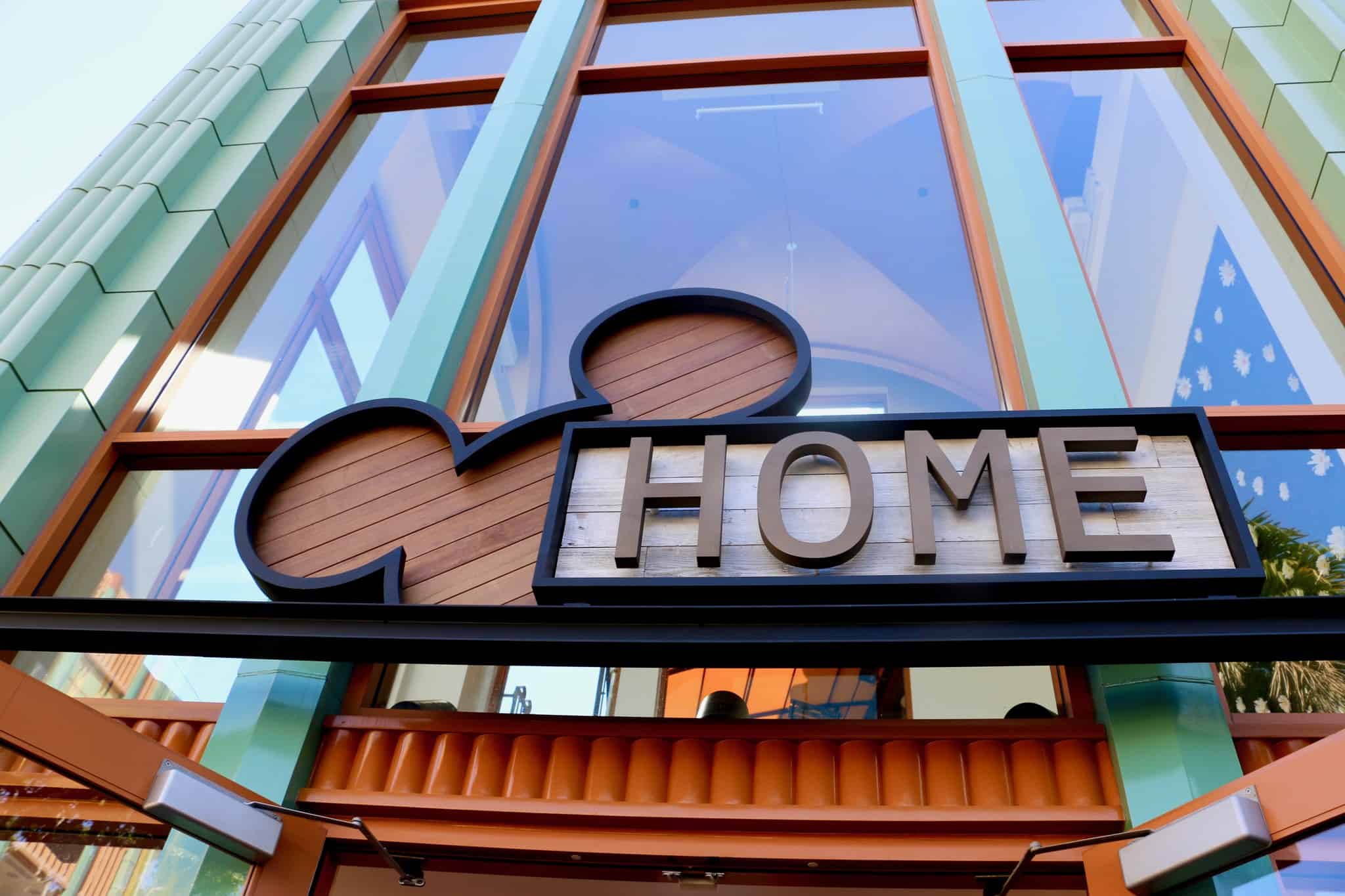 Even Downtown Disney is not immune to the construction war zone that is Disneyland Resort currently, as you’ll see in our latest photo report:

For the first time in forever on a weekend, the tram loading zone did not seem crowded. Could everyone have gotten the memo about all of the construction?

The middle planter is free at last from weeks of being behind construction walls.

Arriving on the tram, we see the continuing expansion of Naples.

The World of Disney store’s in both Disney Springs in Orlando and Downtown Disney in Anaheim are both partaking in major refurbishments for the next several months. More than half the store appears to be closed due to construction.

As you enter the middle doors of the store, you see this big white wall hiding all construction that is on the other side.

This half of the store is open for business.

Disney was in such a hurry to build this wall that they built it over the center of some outlets.

The doors closest to the hotels are sealed off.

Splitsville recently opened their second floor to the public since their “soft opening.” Let’s take a look upstairs!

The stairs and an escalator to the second floor can be found behind the dining tables on the first floor.

After speaking with a cast member, less than half of the second floor is open to the public as of now due to Splitsville technically not being 100% open.

The second floor has its own bar.

The second floor also has a spectacular view of Downtown Disney.

Both floors have bowling alleys for your enjoyment!

As you enter Downtown Disney on the trams, you can see the backside of Splitsville still under construction.

Downtown Disney has recently opened their first home store! Previously D-Street, this new Disney Home store has everything from kitchen towels, to themed plates, to treasures for your little furry friends!

Naples, located in Downtown Disney, has been undergoing construction for quite some time. The walls have been covered in concept art of how the patio is going to look after the expansion is complete.