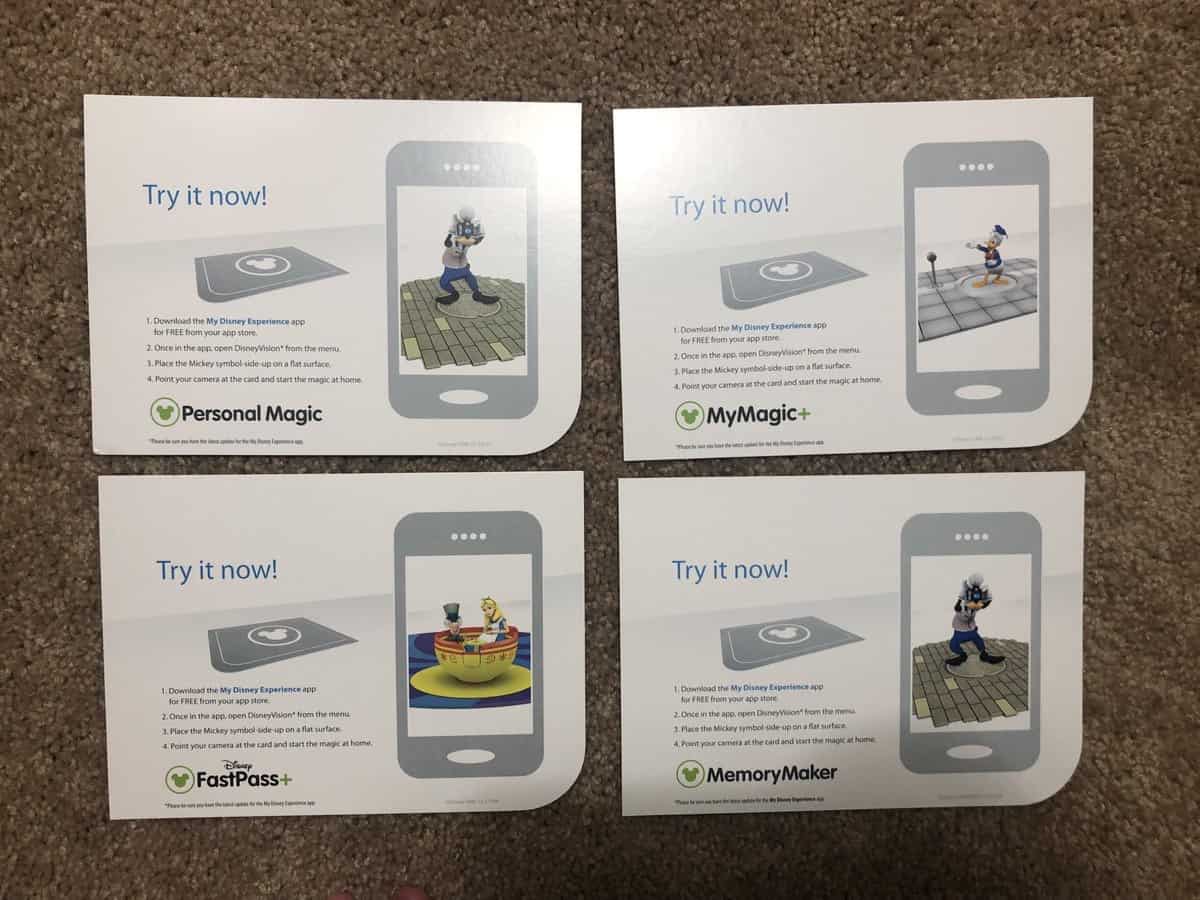 Once upon a time, the My Disney Experience mobile app was planned to have a little more magic to it! Originally, the MDE app was going to have a feature called DisneyVision. With DisneyVision, you could simply aim your mobile camera at symbols and see Augmented Reality characters do things, like spin in a teacup. This wasn’t just something you could do in the parks – the instructional card said you could “start the magic at home.” Based on the prototype cards in the photos, it looks like Goofy, Donald, and Alice & Mad Hatter were among the characters included in this scrapped idea. Based on the instructions, this was going to be something very simple to do, but could’ve been fun if you were missing the Disney Parks and needed a little extra something to tide you over. Here’s the instructions listed for DisneyVision:

On the flip side, you see the Mickey symbol to scan, and from the looks of it, you would’ve learned about some of the features that Walt Disney World offers in parks, like Disney FastPass+, Memory Maker, along with MyMagic+, and something called Personal Magic. Since Goofy is holding a camera on one of the cards, I’d assume his would detail how the Memory Maker works and it looks like Donald may be showing you how to scan your MagicBand!

Do you think DisneyVision would have added a fun touch to the MDE app had it not been scrapped?

Special thanks to MagicBandCollectors.com for use of photos!