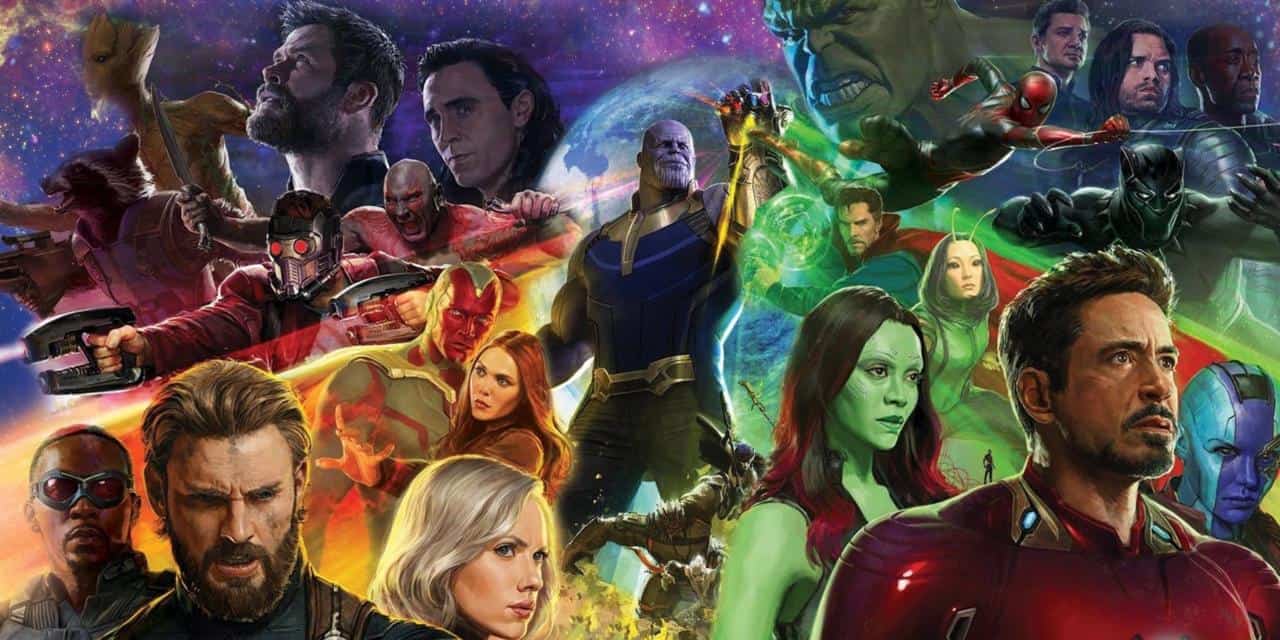 It’s hard to believe, but Avengers: Infinity War is the nineteenth movie to be released in the ten year history of the Marvel Cinematic Universe (MCU). Marvel started hinting of the arrival of Thanos, and his quest to collect all six of the Infinity Stones for his Infinity Gauntlet, way back when Thanos was first introduced in an after credit scene from the first “Avengers” movie back in 2012. Several movies in the MCU have been building up to the inevitable confrontation with Thanos and The Avengers, and now the time has finally come. But with all of this build up, does this movie truly deliver, or is it more of a disappointment?

Avengers: Infinity War takes place right after the events of Thor Ragnarok. Thanos knows the location of the majority of the Infinity Stones, and now it is time for him to forcibly extract each Stone from their protective location in order to become the most powerful being in the Universe. The Avengers, Doctor Strange, Spider-Man, Black Panther and The Guardians Of The Galaxy have one goal, and that is to stop Thanos from becoming victorious with his quest. Will the combined might of all of theses heroes from the MCU defeat Thanos, or is this the beginning of the end for our heroes and all of the Universe?

I am really happy to say that that Avengers: Infinity War so delivers in a huge way! How good is this? Like Star Wars and Lord Of The Rings good, and I never thought I would ever say anything like that ever again in my lifetime. This movie had me on an emotional roller-coaster the whole time ranging from excitement, humor, anxiety, happiness and sadness. And that is such an accomplishment getting something like that from a superhero movie.

The Russo Brothers (“The Winter Soldier”, “Civil War”) really deserve high praise for bringing this movie all together. Not only did they bring together over 20 plus major characters, and supporting characters. from previous movies in the MCU, but they found the time to introduce new characters and create lots of character development for many of the characters. And this film is a CGI and special effects extravaganza. I cant even begin to tell you what was real and what was not.

For me, there is no question, Josh Brolin’s performance as Thanos steals the show. With the combination of incredible CGI, motion capture performance and the perfect vocal performance, Thanos comes to life, and you believe he is a living and breathing character. Not only that, but there are times you will genuinely feel for him. There are times Thanos comes across as a very warm and caring being, and then there are other times you see just what a monster he truly is. Thanos is such a complex character, and after this movie, he has become the greatest and most memorable villain in the MCU.

It’s rare that a movie is perfect, and Infinity War is no exception. Some scenes ran a little long, and could have benefited with some editing. One character in particular, felt like they were completely wasted in this movie and a just big missed opportunity. And no doubt, Marvel really messed with us by showing something in the trailer that does not exist in this movie at all, and it was actually very deceptive. That is the one glaring issue that really bothered me, and you will know what I am talking about when you see the movie for yourself.

One thing that I cant understand is how Marvel and The Russo Brothers repeatedly have said that Infinity War would be a standalone film, and that Avengers 4 would not be a sequel. This could not be further from the truth. Infinity ends on a big cliffhanger, and without a doubt, this is part one of at least two. Rumor is that the title for Avengers 4 has not been made public yet because the actual title of the movie is a Spoiler. But keep in mind that this film will not give you closure, and if this film is as successful as I think it will be, it’s possible that this could even be part one of a trilogy.

Just a head’s up, there is one after credit scene that plays way after the movie’s credits have finished rolling. And I mean right before the ushers come and chase you out of the theater. But this is one of the few after credit scenes that actually is very significant and somewhat introduces a major character into the MCU that will have a huge impact in Avengers 4 and the MCU. So, yea, I would stick around for this one, or look for it online. It’s definitely out there if you do a search.

Avengers: Infinity War lives up to all of the hype and definitely stands above the flood of superhero movies that we have seen in the last several years. It really is an amazing triumph and I am not sure if we will ever see the likes of something like this ever again.