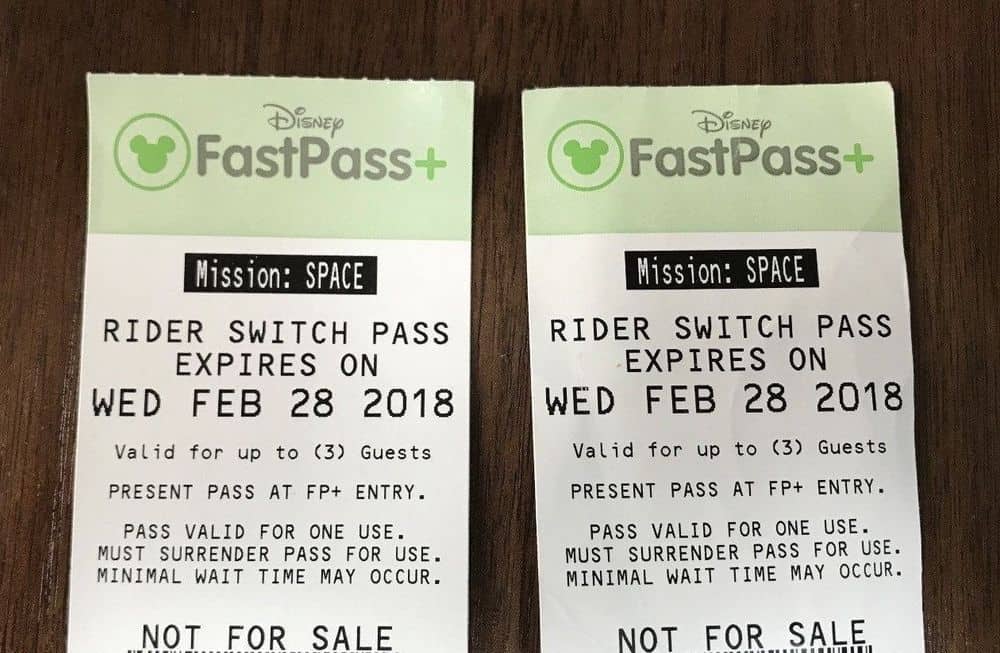 In continuation of Disney’s effort to enter the digital age in all aspects of their theme park operations, the “Rider Switch Pass”, sometimes referred to as “baby” or “child swap” by some, will be going digital later this month at Walt Disney World.

The Rider Switch Pass is currently available at select Walt Disney World theme park attractions that feature a height requirement. This process is in place to allow families with children under the height requirements a chance to ride while a family member waits with the child outside. One person gets a rider switch pass, joins and waits in the standby queue, and when they get off of the ride, they then take over child duties while the other family member uses the pass to join the FastPass+ return line and avoid waiting basically twice for the ride. It’s a simple system that’s worked (debatably) well for years.

By the end of June, this process will switch to a digital rider switch pass, basically scanning a guest’s MagicBand or media card to add it to their entitlements. All of the guests who will be riding in the party of three that will use the FastPass+ queue will have to have the entitlement on their account to enter. The major changes here are that the entitlement is going digital, removing the Cast Member physically checking a printed ticket, as well as the Rider Switch Pass now only being valid for a certain length of time on the day issued (previously valid for up to an entire month). Guests will also now be unable to hold more than one rider switch pass at a time.

These old rider switch passes are easily sold on eBay or Craigslist (in fact, the picture above is from a recent eBay listing), even though the paper says not for sale on the bottom.

Cast Members are currently being trained for this upcoming digital conversion and should be fully trained within the upcoming weeks for a full rollout by the end of June 2018 should all go according to plan.