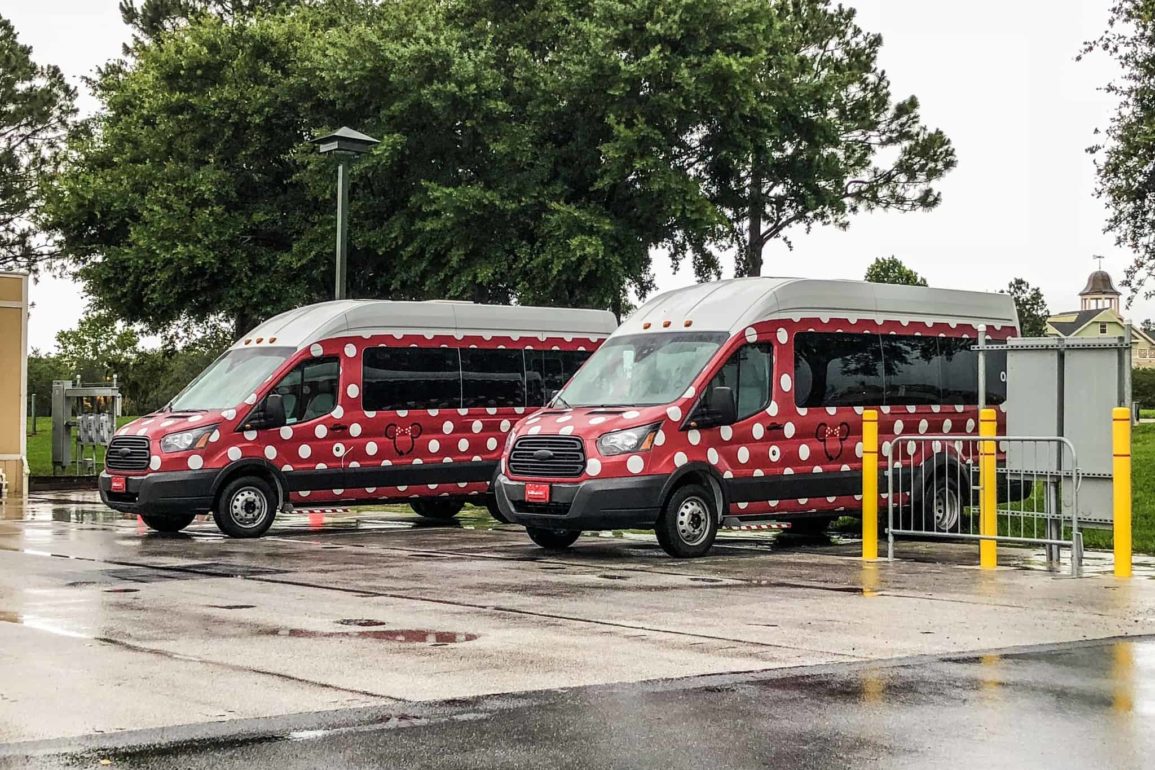 In our initial review we noted that there were special ADA accessible vehicles (Ford Transit 150, pictured above) with a wheelchair lift for transportation requests. These vehicles, while large, would only accommodate one wheelchair. Early this year the Minnie Van fleet expanded by adding numerous new 2018 Chevy Traverse vans and now they’re expanding again with the addition of two new Ford Transit 350 vehicles. These are equipped with a wheelchair lift, similar to the older ADA vehicles, but have a larger interior. While we haven’t seen these in action yet, we anticipate the larger interior might be able to fit two wheelchairs, enabling families with multiple accessibility needs to utilize the service efficiently.

Next
REVIEW: A Sampling of the New Menu at Trader Sam’s Enchanted Tiki Bar at the Disneyland Hotel