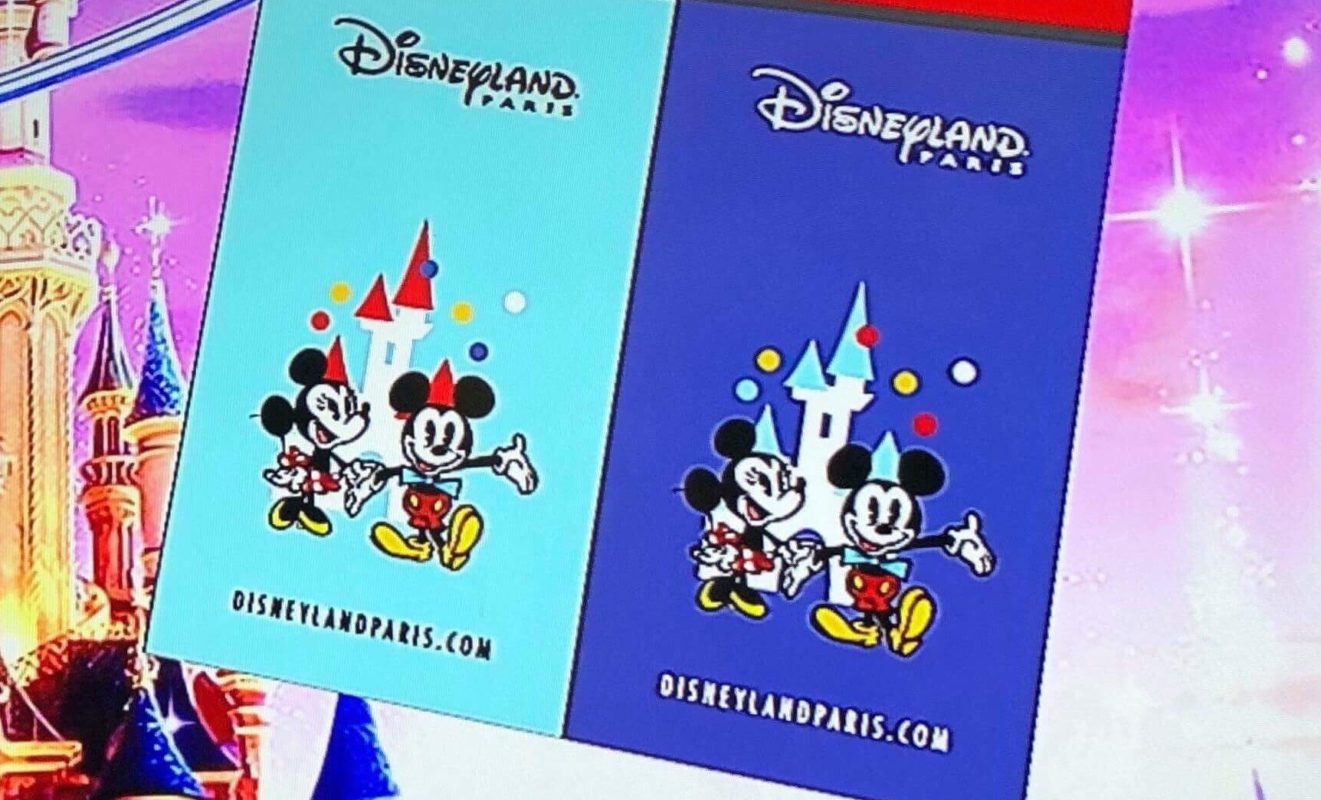 The closing party of the 25th anniversary at Disneyland Paris is coming closer every day and with it the end of the celebration. The theming will disappear from the streets, the characters will return in their normal clothes, and the lay-out of the park tickets will change. Since the start of the celebration in early 2017, Mickey, Minnie, Donald, and Daisy appeared on the tickets in their special outfits. 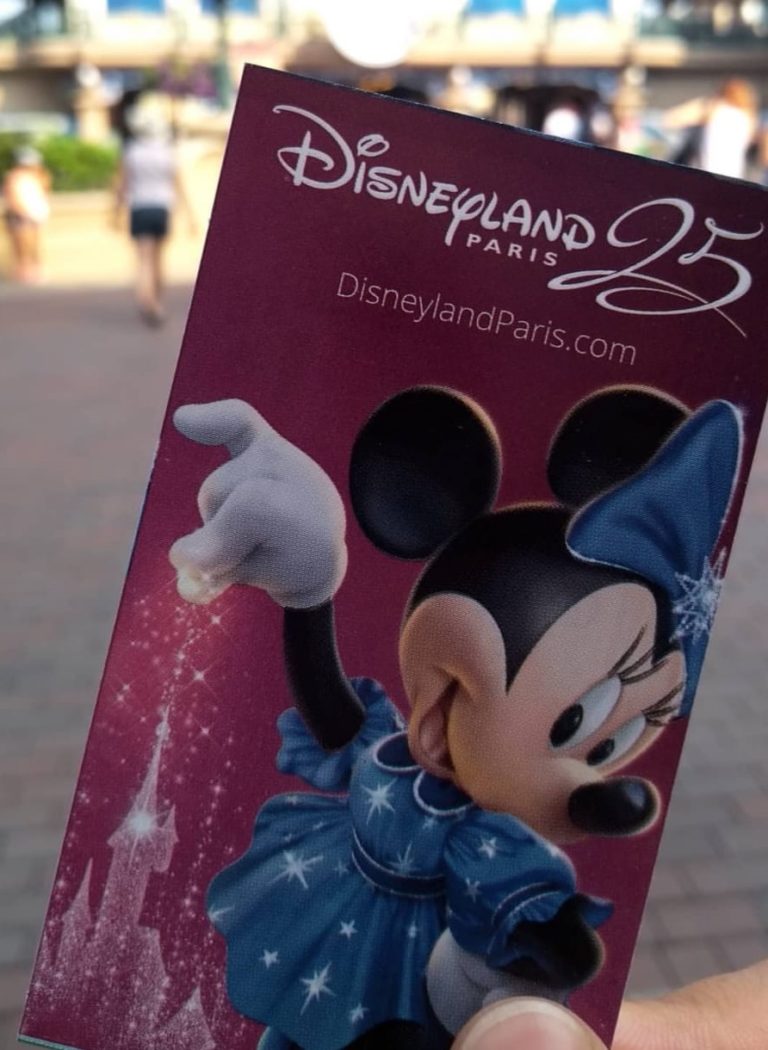 Now, Disneyland Paris revealed the look of four new park tickets themed to the celebration of Mickey’s 90th birthday. The image on it is the same, only the background colors differ. Mickey’s birthday will be celebrated in Paris during the Halloween and Christmas season, where there will be special entertainment en food offerings. 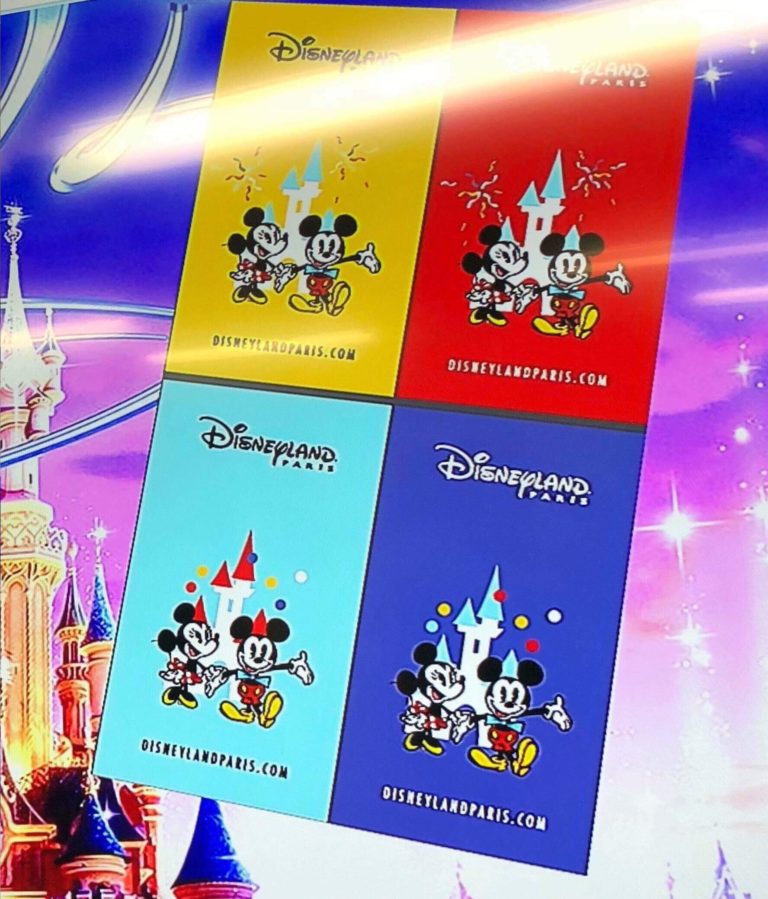 Do you like these new designs, or do you prefer the old ones?