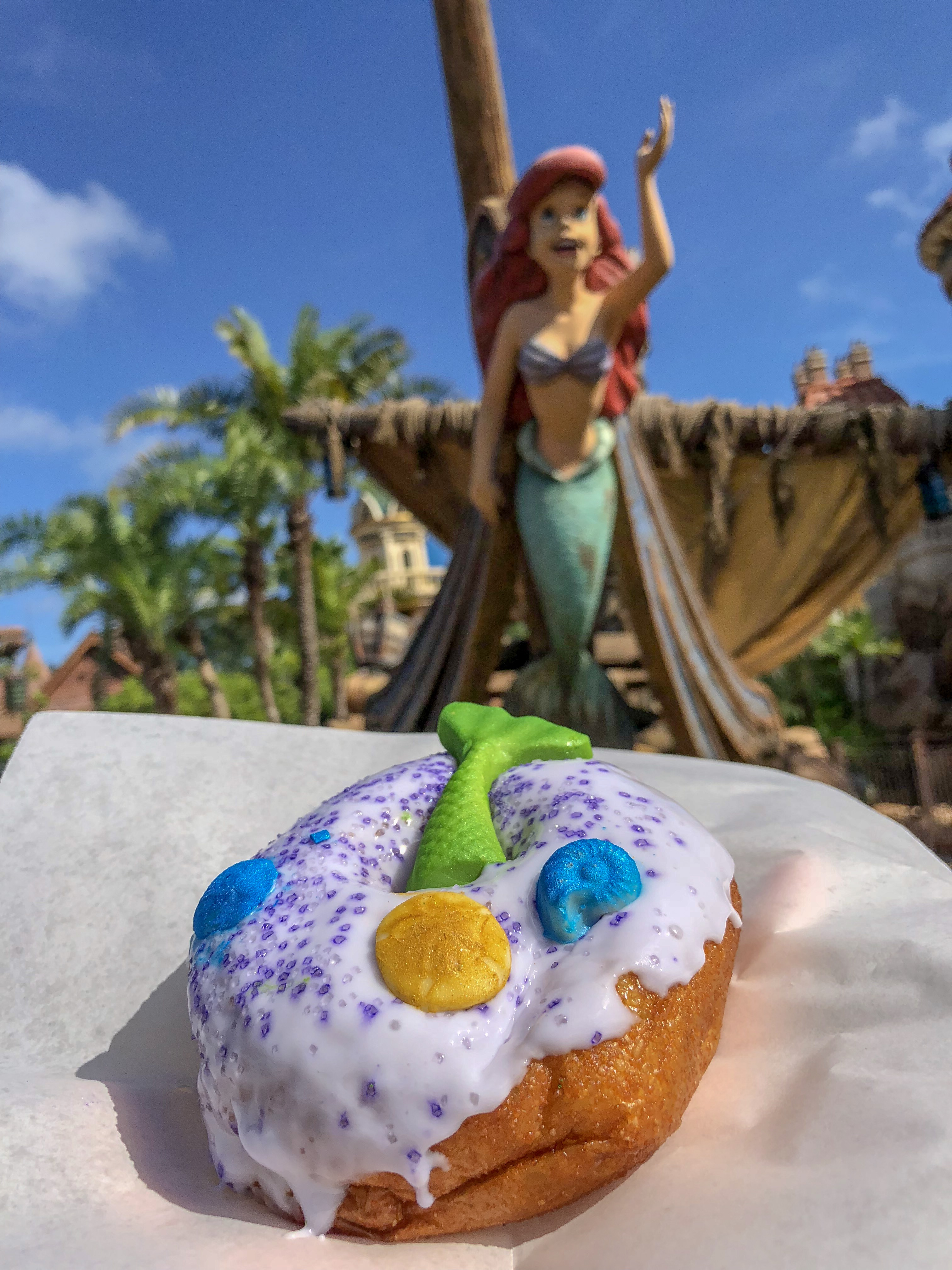 REVIEW: New Mermaid Donut is Now Part of Your World at the Magic Kingdom

It’s been a few since since the reveal of this nautical treat from ABC News. I’ve been wondering “when’s it my turn” to try this donut and today it’s finally a reality. Disneyland has been keeping their donut game fresh with recent Dole Whip donuts and a multitude of awesomeness from the Disneyland Hotel, but Walt Disney World has been quiet on this trend. We hope this is the first step towards a larger donut presence in the parks. 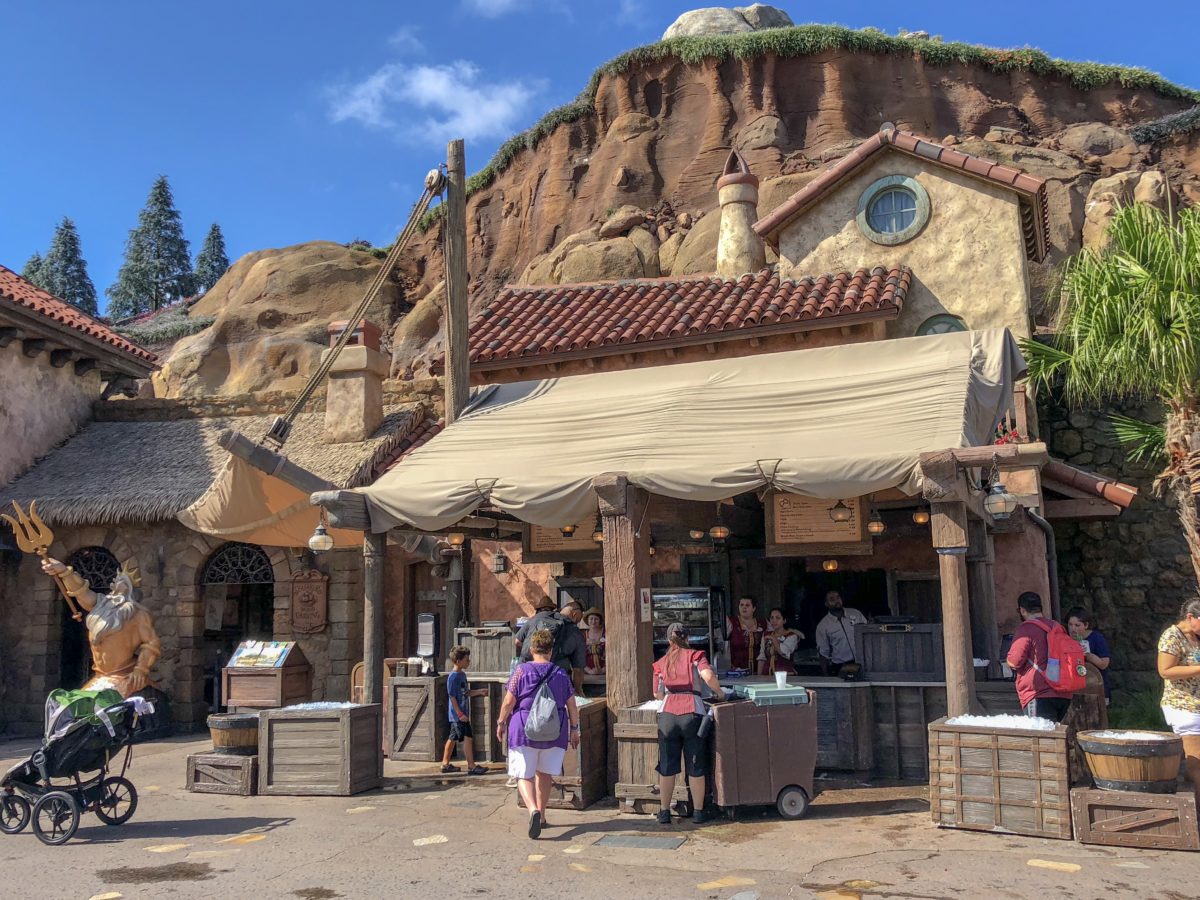 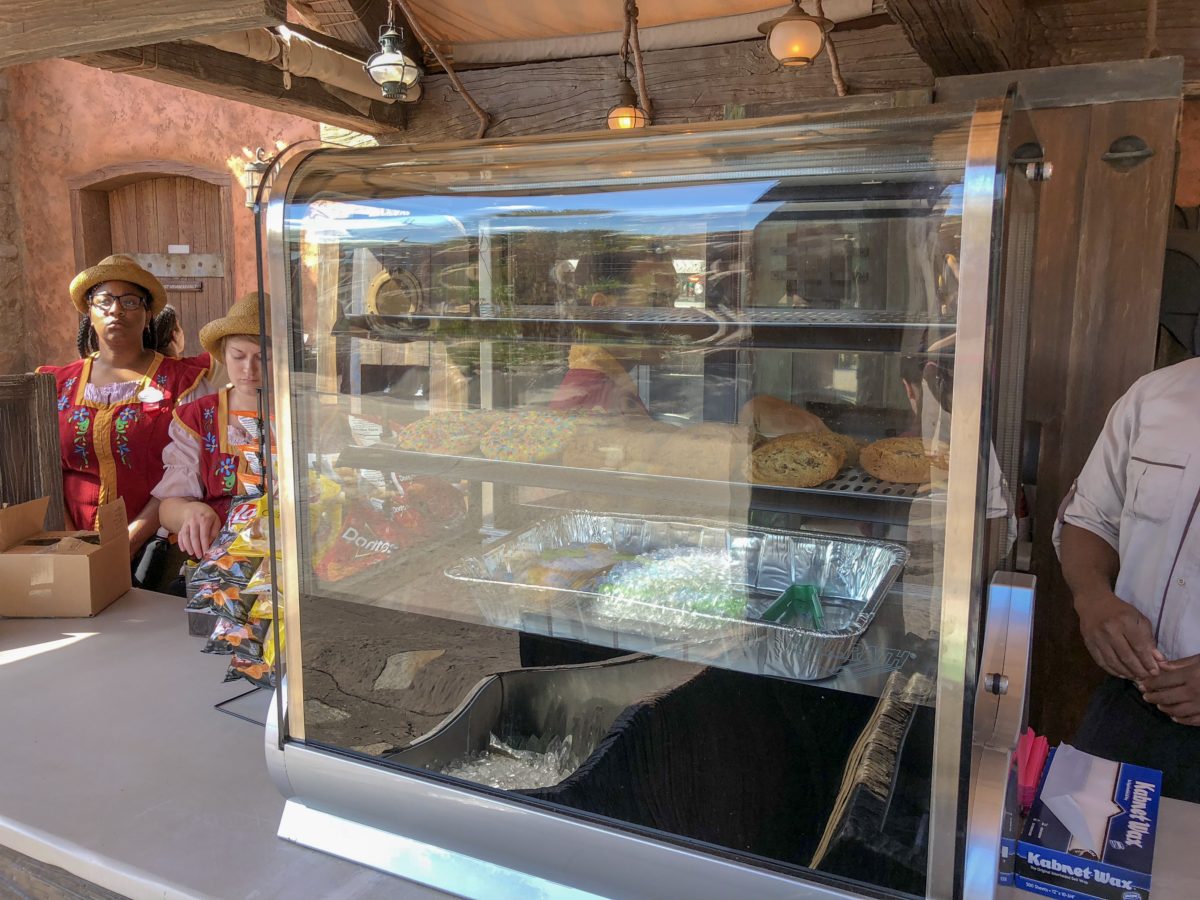 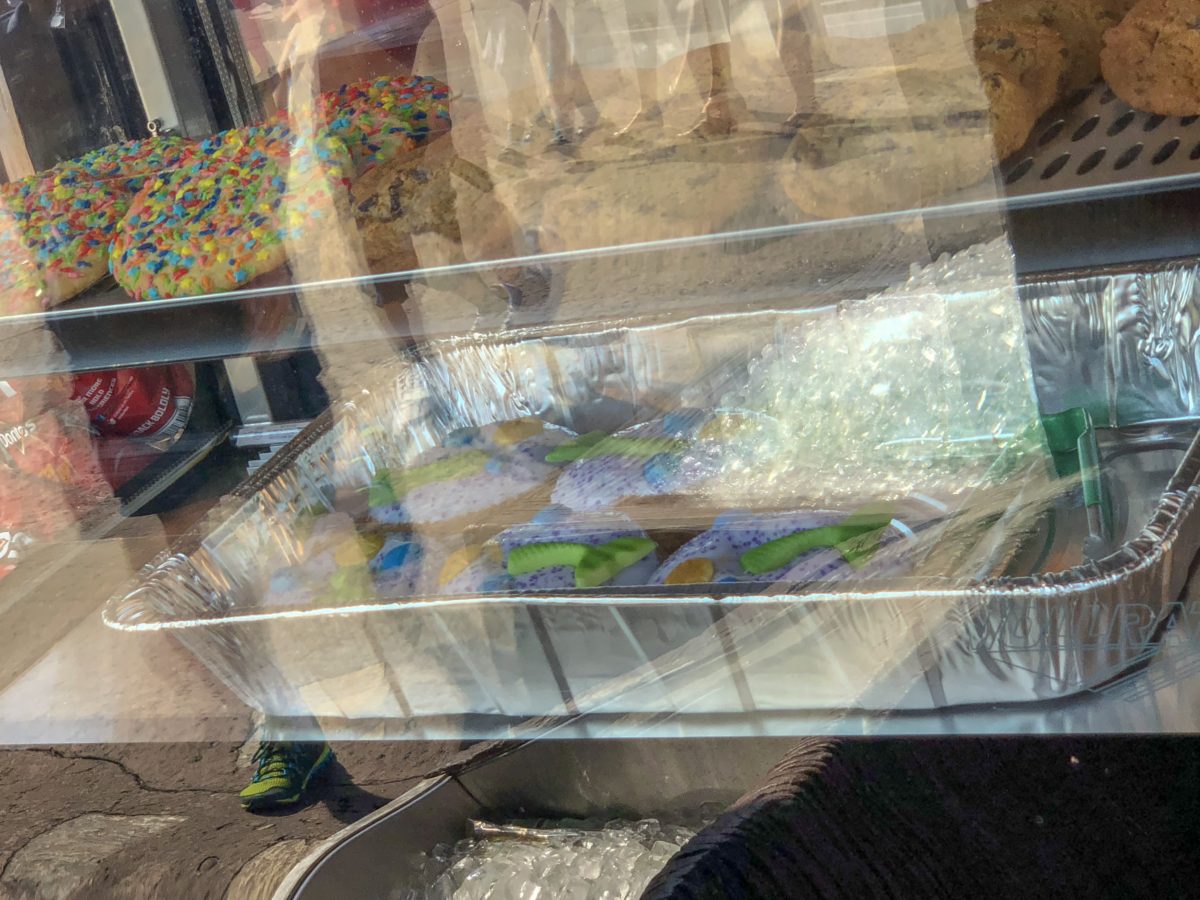 Kept nice and away from the Florida heat and weather, but still visible. 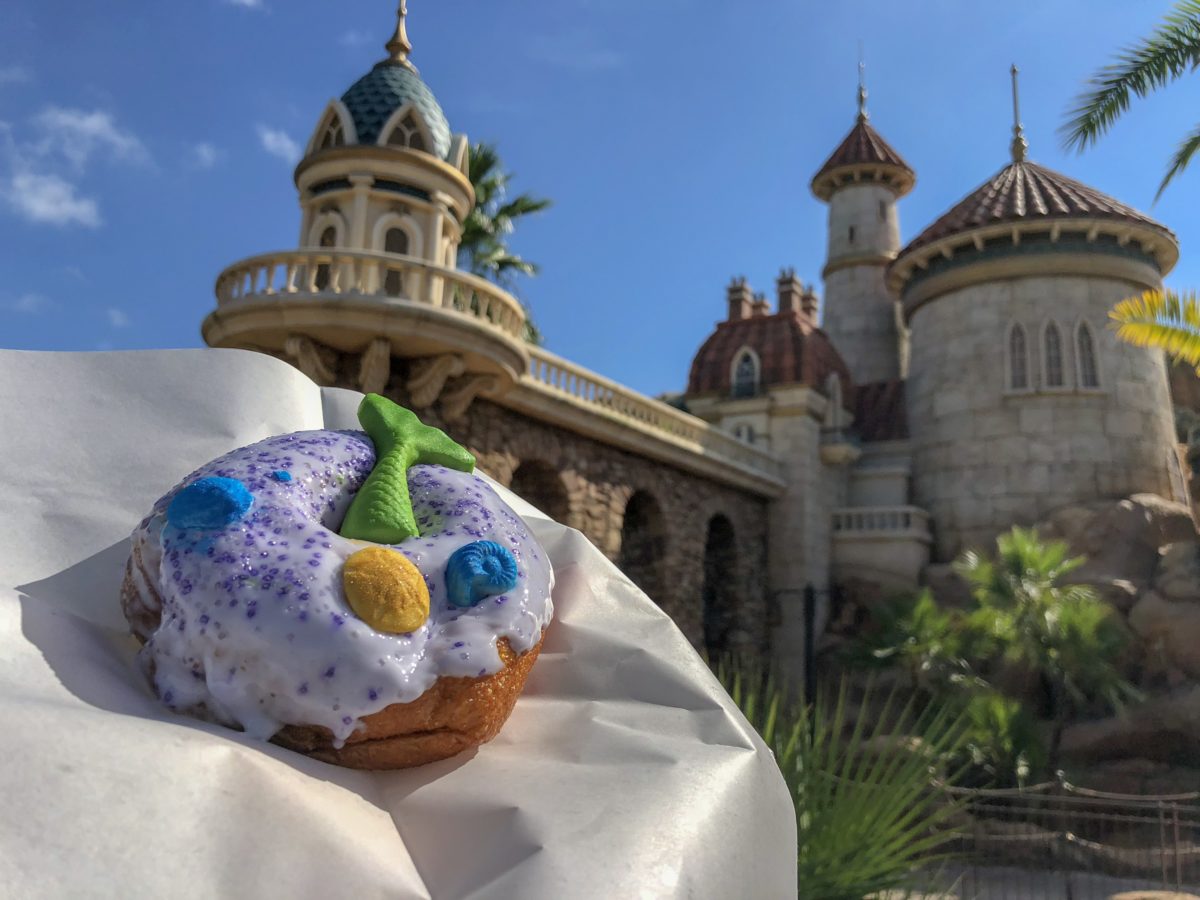 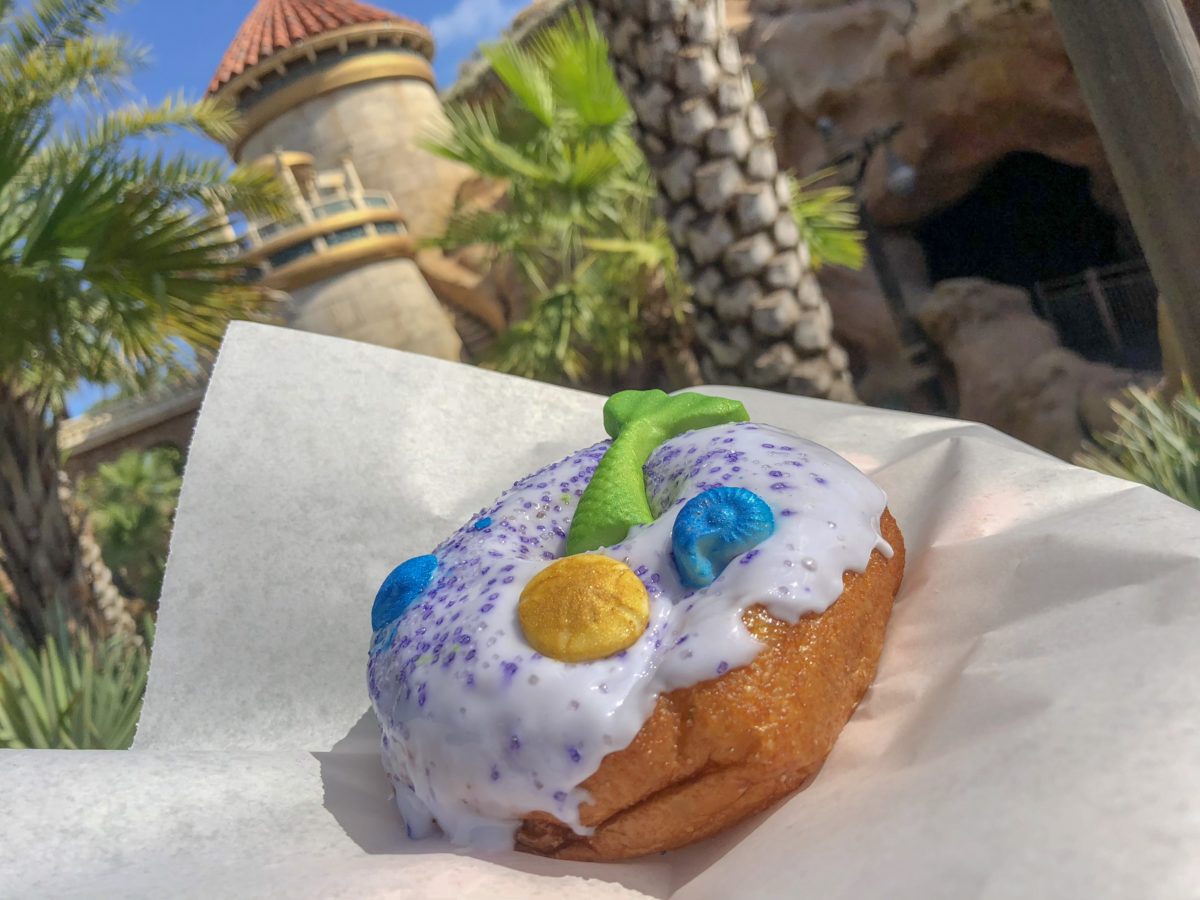 Located at Prince Eric’s Village Market stand, right outside the entrance to Under The Sea: Journey of the Little Mermaid, this donut makes a fun splash. Take note that many other websites are saying it’s located at Ariel’s Grotto, which isn’t accurate. That’s a meet and greet location, not a snack spot. Anyway, it’s actually a pretty good donut!

That’s a fresh, soft, fluffy donut below a layer of icing dotted with purple sprinkles and a few white chocolate shells. The mermaid tail is also white chocolate, making this sweet, perhaps a little too sweet at times. Maybe break the white chocolate up a little and sprinkle it over the donut before consumption (and after pictures, of course).

It’s a pretty donut that tastes rather good and is pretty unique in the realm of Magic Kingdom snacks. Bottom line: it’s worth a try.