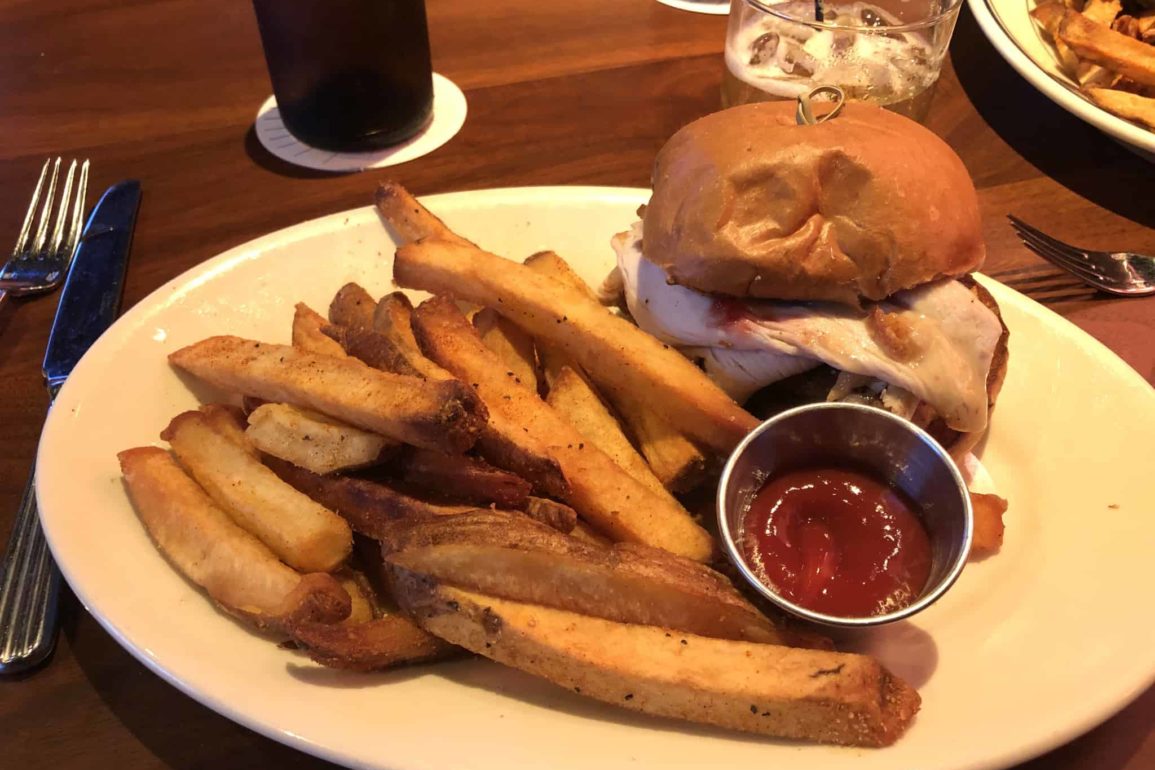 While other restaurants at Disney Springs have already moved on to Christmas, The Edison is giving the Pilgrims their due with two fall offerings, but only one we should be thankful for. 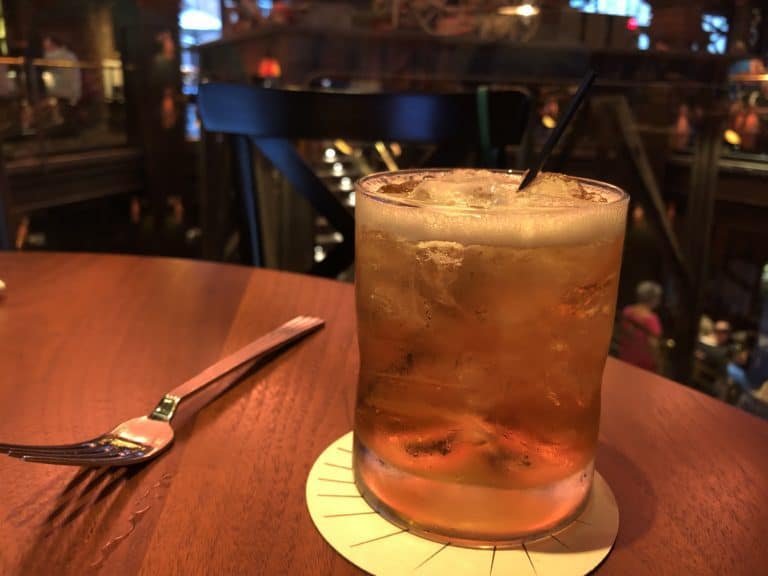 A glass of Redemption Rye, Berentzen Apple, Punt e Mes vermouth, Green Chartreuse, and Cinnamon Cordial, the Autumn Harvest is a smooth subtle offering. With a distinct cinnamon apple smell and an oaky spice aftertaste, it’s a drink made for reading a book by a fire on a cold November night. The Rye and Berentzen apple combine well and almost bring a cider quality to each sip. Though not very punchy, neither is the season it represents and, in that way, it makes for an appropriate fall cocktail.

A mashup of Thanksgiving dinner, this turkey burger is topped with extra oven roasted turkey, a patty of stuffing, cranberry relish and is drizzled in gravy. The end result hardly comes as advertised nor is dynamic enough to stick out amongst other chain restaurant versions of the same concept. For starters, the extra turkey provided was sliced and not shredded as billed and, because of this, other flavors couldn’t make it past this wall of meat to combine as intended. The advertisement also showcases a cranberry relish with an almost jam-like consistency. The end result was a watery cranberry mush at best. 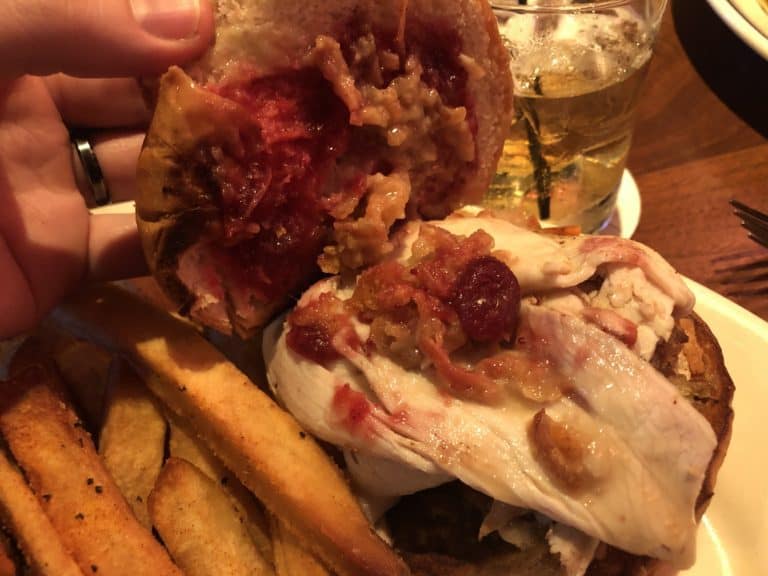 One neat trick was to make the stuffing into a patty itself. While this element added to the overall palate, the patty didn’t cover the entire diameter of the burger and so several bites went without.

Overall, this concept never really takes off – it’s a messy facsimile of better post-thanksgiving leftovers we’ve all had. That’s because grandma never tried cooking at restaurant scale. Plus there are plenty variations on this concept that are half the price elsewhere.

So, if you’re looking for a fall themed treat, check out the Autumn Harvest. Just make sure to pair it with a traditional Edison burger instead.